Bruno Genesio: 'We dropped two points that were well within reach' 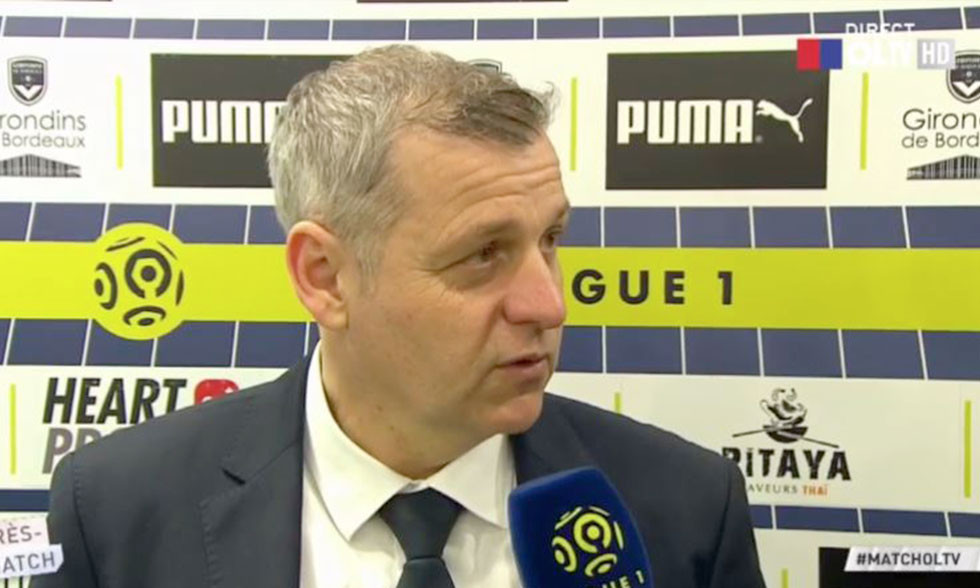 The coach, the president and the Lyon players spoke to OLTV after the one-all draw in Bordeaux.

"I'm disappointed that they took the lead because it came from their first counter-attack. We didn't give up and pulled one back. We're disappointed with the result: we dropped two points that were well within reach. We were dominant for the most part even if we lacked precision. We had a few chances to come back, especially before the break. It's never easy to come back when you're behind and playing away, particularly against a good side... We'll recover, we have a bit of time. We need to put in a good performance against Roma. It was important not to lose away and to at least take a point. That's encouraging for the next match.”

"I have mixed feelings. You get the feeling that we could have done a bit more. Bordeaux is a formidable team in good form. We managed to come back but it wasn't easy. We could have lost this match but we should've won it. So I have mixed feelings. We need to remember this draw. Bordeaux set out to play on the break. In any case, we can carry over some confidence from this match to the Europa League tie. We need to stay positive even if we had the chance to win this match."

"It was a strange match. It could've gone either way. We came up against a good Bordeaux side, who did well to exploit our weaknesses. It's a fair draw. But it's a bit disappointing because we had our hearts set on taking the three points to widen the gap in the table. We now need to stay focused on the match on Thursday."

"It's a shame. I think we dropped two points tonight. We managed to come back from behind, and that shows character. That's pretty good but the fact is we haven't managed to do the double over a direct competitor for a European place. We knew that Bordeaux was a good team. We should've done better, we had the players."