Bruno Genesio: 'Before Roma, there's a match against Metz we need to take care of' 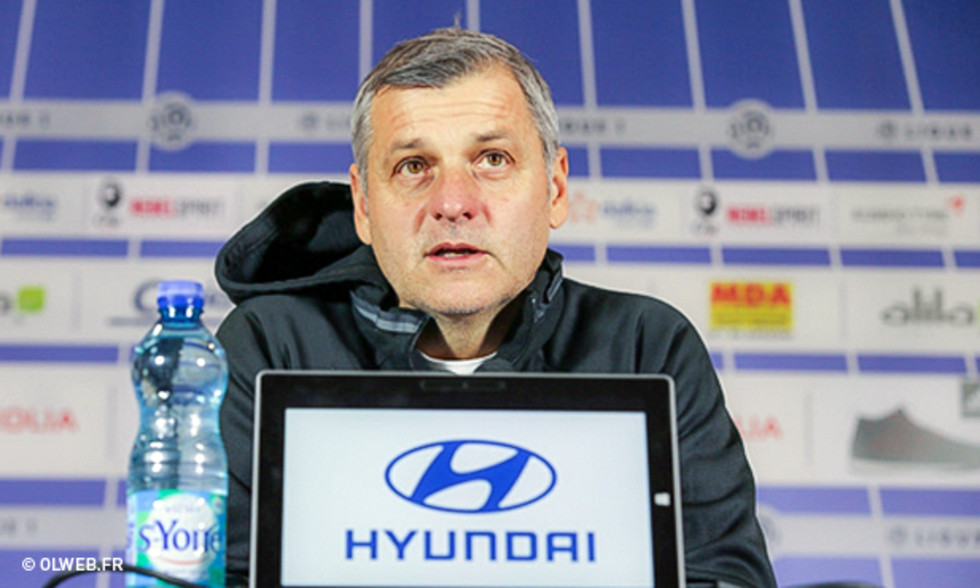 After sharing his thoughts on the Europa League draw, the Lyon coach turned his focus back to Sunday's match against Metz.

Bruno, how will you approach this meeting with Metz?

It's always strange to play the away match before the return match, but that's how it is. We're going to play a team that needs points. It's up to us to prepare ourselves properly. In the coming days, we're at risk of talking too much about the Europa League match against Roma, but before that, there are a few league matches, including one against FC Metz that we need to take care of.

What changes will you make from the side you fielded against Alkmaar?

Against Metz, Alex Lacazette and Corentin Tolisso will back in the side. We'll see how Max Gonalons goes. He is our captain, we have complete confidence in him. For a variety of reasons, you can have periods in a season where you don't feel so good. For this match, Jérémy Morel needs to be left out because he felt a pain at the back of his thigh in the warm-up. He should be back against Bordeaux. As for Mathieu Valbuena, we'll decide soon. We don't want to take any risks at this stage of the season.

How do you rate Nabil Fekir's performance on Thursday night as a centre forward?

He showed that he can play in that position. We also know that he can develop as a number ten. There are his figures of three goals and one assist. There's also the fact that he influenced the play both on and off the ball. In attack, we have a lot of players, but they're exposed to injury in those positions. However, we won't have too many forwards given how many matches we have in the coming weeks.

What do you think about the competition for places in central defence?

We've changed our central pairing many times. Mouctar Diakhaby has seized his chance and is becoming a regular. I'm not surprised by his performances and he has to maintain this rigour and meet these demands every day in training. The hardest thing isn't arriving, but staying. As for Nicolas Nkoulou, it's simply a matter of competition for places. He's far from out of the squad and I count on him like I do on Rybus.

Mouctar Diakhaby reflects on his first goal in the Europa League

A little less than 24 hours after his first European goal, the young OL defender attended his first press conference.

I'm happy to appear regularly. I really enjoy playing and I don't ask myself too many questions. I take as much advice as I can from Claudio Caçapa and I also listen to the staff. As for my goal, I'm very proud to have scored in the Europa League. Given my size, it makes sense to find myself in scoring situations. Against FC Metz, we'll make sure we do what needs to be done to get the win.