Bruno Genesio: ‘We showed a lot of character, we deserved the win’ 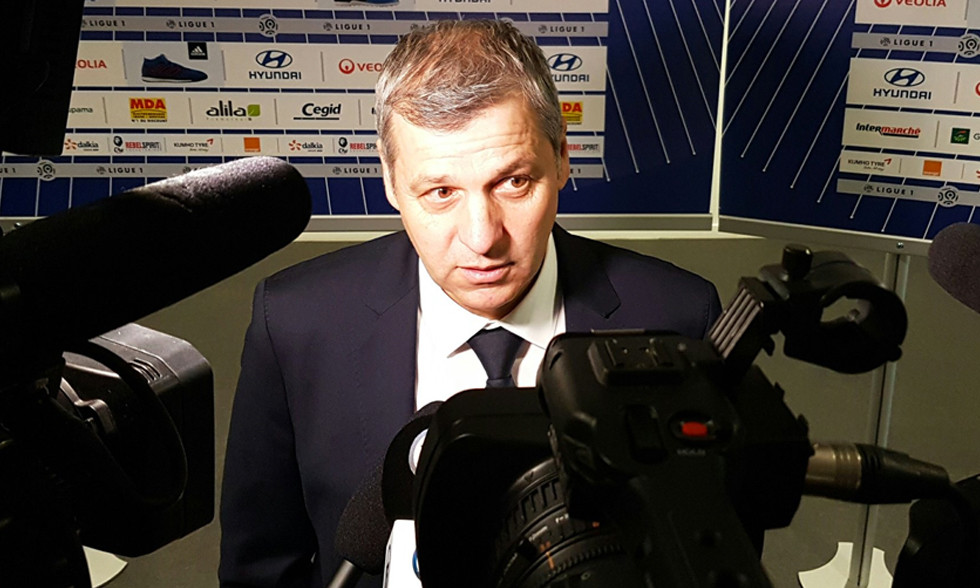 The Lyon coach and his players stopped by the OLTV mic to share their thoughts on the match against Dijon.

Bruno Genesio: “We deserved the win because we had a lot of chances and played creatively. We played with plenty of pace. The mental strength of the squad should be appreciated. The players went looking for the win and got it. I’m referring to the goals scored, the passages of one-touch play and the risk taking. We have an attacking team that is inevitably going to be left exposed by some of its moves. The players showed that they have a lot of character. I want to underline the importance of the public who supported us. We need to carry on this winning run. We have to put together a good many wins if we’re going to get back on track... We might make a few changes on Thursday in the Europa League.”

Gérald Baticle: “All wins do us good but this one is particularly valuable given the situation. We usually have plenty of chances. We also put together a lot of good play even when we’re defeated. Unfortunately, Dijon made the most of their few attacks... At the break, we told the players that the first half was really promising and that only the finishing was missing.”

Maxime Gonalons: “I made a mistake for the second goal and that’s hard to take. It’s part of a whole season, though. We managed the win and that’s the most important thing. It’s a well-deserved victory. This match was a little like the previous meeting this season. It looked as if nothing was going wrong. It took character to turn things around. We don’t have much to regret about the match as a whole. We lacked accuracy in front of goal. Dijon tried to play. We could have made our task easier. We need to step up our efforts.”

Mathieu Gorgelin: “The most important thing is the get back to winning ways. This is our second win of the week. We were the better side but we need to keep working because we concede too many goals and put ourselves in difficulty. Dijon had one chance in the first half, and that’s frustrating. I had only two saves to make.”

Rachid Ghezzal: “We’re happy with the result. It was really tough. We started strongly then we conceded a goal against the run of play. We stuck together and deserve this win. We had a bit of self-doubt. I hope that this win fixes that. We shouldn’t get carried away, though. We need to recuperate and start thinking about the match on Thursday.”

Lucas Tousart: “We really needed a win today. It wasn’t easy, though. It was tough because their keeper was in good form. We had a lot of chances. But we need to remember the win and the final score... The midfield was keenly contested. It was important to win the battle there in order to provide for our forwards afterwards.”