OM-OL CDF): A FRUSTRATING ELIMINATION AFTER A GRIPPING MATCH (2-1 AFTER EXTRA TIME) 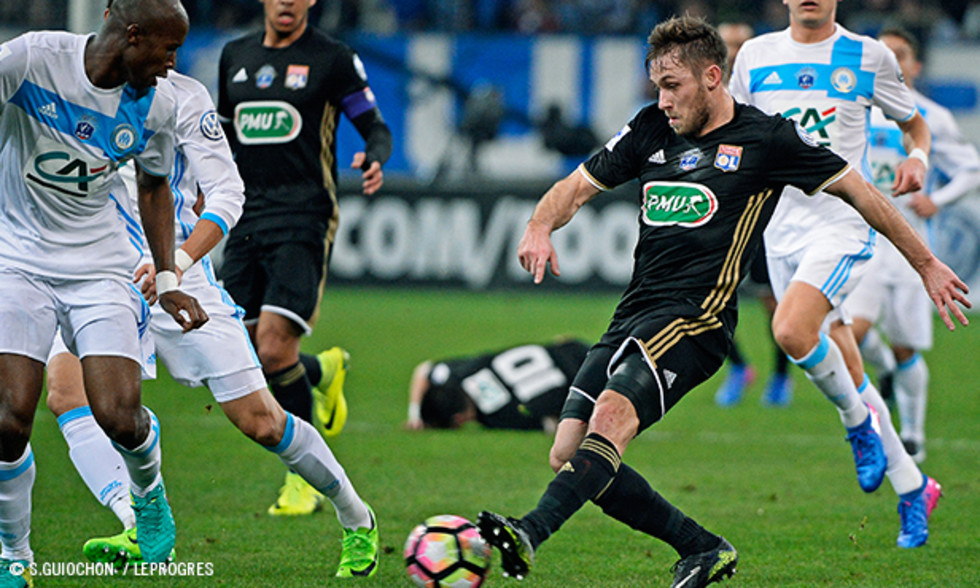 Despite playing well at the Vélodrome, OL didn't manage to qualify for the round of 16 of the Coupe de France. Lyon, who started sluggishly, went on to hold Marseille into added time before things finally turned in the hosts' favour.

Wedged between the disappointment at Lille and the crucial upcoming derby against Saint-Etienne, there was a difficult trip to Marseille in the Coupe de France awaiting Bruno Genesio's men, who were without Lacazette, Diakhaby and Yanga-Mbiwa. Egged on by a decent crowd, Marseilles attacked strongly. There were two warning signs for Lopes in goal before OM found a gap with a free kick and a header from Fanni. OL tried follow suit with a decent effort from Ghezzal, who was very active on the right flank, but the slight improvement in Lyon's game didn't lead to any decent chances before the break.

Gomis, who went close to breaking the deadlock from close range, and his team mates, kept up the same pace as in the first half. And Lyon had clearly stepped up their rhythm. Fekir left the Marseille defence behind and set up Tolisso to equalise. Lyon's domination continued, but Lopes had to make a flying save to keep things even. The two teams were on the brink of breaking through, with a last chance falling to Darder, who didn't manage to prevent extra time... With the game now at a slower pace, Cornet then Cabella tried their luck. So it stayed... until the 109th minute when Doria scored to deny OL qualification for the round of 16.

We're in the 120th minute, the very last of a match in extra time. Memphis steps on the gas one last time to get around the Marseille defence. Running straight down the middle, the OL recruit lets fly a powerful shot across the goal face to the far post. But the big Marseille keeper went down and got a glove on the ball to deny Lyon's last chance to force a penalty shoot-out and have another chance to qualify.

"2. OL now has only the league and the Europa League to play in until the end of the season. After being eliminated from the Coupe de la Ligue by Montpellier a little more than a month ago, Lyon are now out of the Coupe de France in the round of 32. Thoughts therefore turn towards the derby on Sunday in Saint-Etienne. A very important meeting in the context of the league and a chance for reassurance ahead of the European deadlines in the middle of February against Alkmaar...

"It's frustrating because we dominated them in the second half. We were tired in extra time and we lost the match because of that. Apart from the first 30 minutes, we had the better of it. Yet the more pragmatic team qualified: Marseille played to their strengths with a fast game going forward. Once again, we had to come back from behind tonight. We're still paying for it. We know that this is our weak point at the moment. The start of the match is always important, above all in this type of match. You need to stake a claim early. We made the match tough for ourselves."