SMC-OL: DESPITE AN ALEX LACAZETTE BRACE, OL'S GOOD RUN COMES TO AN END (3-2) 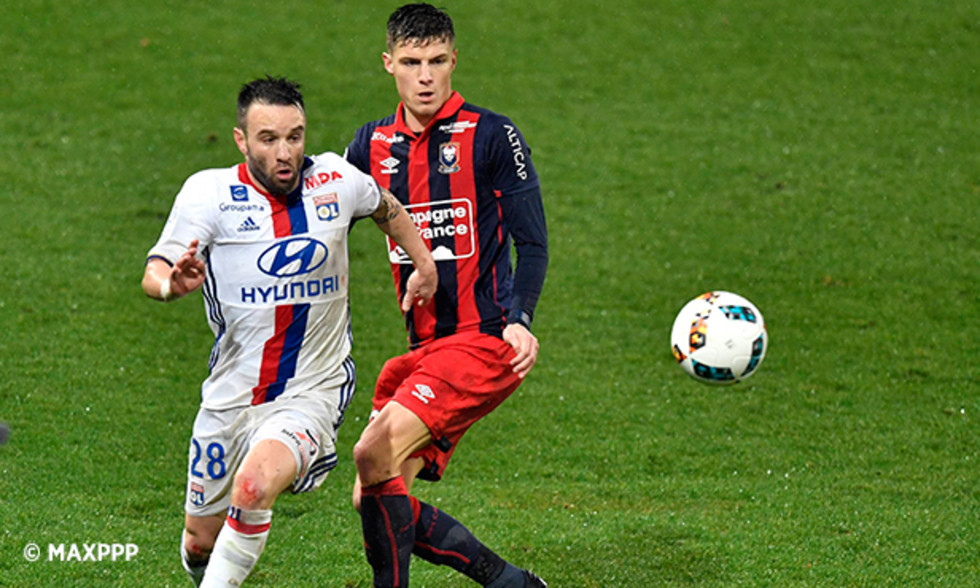 What a shame! After fighting back to parity just before the break, thanks to a brace from their top striker, OL suffered their seventh loss of the season and dropped precious points in the title race.

2'. Lopes makes a flying save from a Rodelin free kick.
8'. Under pressure from Rodelin, Cornet scores an own goal. 1-0
28'. Santini sends Lopes the wrong way from the penalty spot. 2-0
33'. Diakhaby heads against the crossbar.
35'. Lacazette gets one back from the penalty spot. 2-1
45'. Cornet supplies Lacazette who heads in. 2-2
61'. Santini heads in from close range. 3-2
73'. Vercoutre parries Darder's shot with two fists.
86'. Tousart's shot is tipped onto the bar by Vercoutre.

In Caen, against a struggling team, OL knew they were in danger on the slippery pitch, in this fixture that took place in pouring rain. It was a tricky match, and Bruno Genesio's players missed the first half-hour of play: there was a mountain of technical errors and a general lack of engagement as indicated by the 2-0 scoreline in favour of the hosts, which came about from a Cornet own goal and an Ivan Santini penalty. Just as OL's good run of form looked to be coming to an end, Alex Lacazette's focus was enough to get OL back into the match. The team's leading striker earned and converted a penalty before equalising with a header from a Cornet pass. OL had come a long way back by half time.

Unfortunately, in the second half, OL went back to playing poorly. At the hour mark, Ivan Santini capitalised on a perfect pass to head past Anthony Lopes and secure his brace. As in the first half, OL waited until the last 15 minutes to react, but came up against Rémy Vercoutre, who pulled off two decisive saves from Serdi Darder (73') and Lucas Tousart (88').

End of the run at the d'Ornano

OL finished 2016 with a bang to get closer to the top three places. But their 2017 league campaign has started on a false note. This seventh defeat of the season puts a stop to the good dynamic OL had going since the loss to Guingamp on 22 October. OL still has seven wins from their last eight matches in the league, including a single loss to PSG at Parc OL, and, more importantly, they have four successive away wins (TFC, Lille, Nantes and Monaco). Unfortunately, the good run put together since the loss to Nice (1-0) on 18 October has come to an end at the Stade Michel D'Ornano.

Starting in August 1950 against RC Paris, the club made history on Sunday at the Stade Michel D'Ornano in Caen when they played their 3000th match. It was a meeting that could have set up an exciting scenario and a bag of goals. When it came to it, though, OL suffered their 923rd defeat in their history and are left with a total of 1362 wins and 715 draws.

We lost out in the duels in the first half-hour of play. We clearly lacked aggression. We were fortunate enough to pull two back before the break, but tonight we were too soft defensively. We seemed to lack willpower and we ended up being dominated by Caen, who deserved their win.