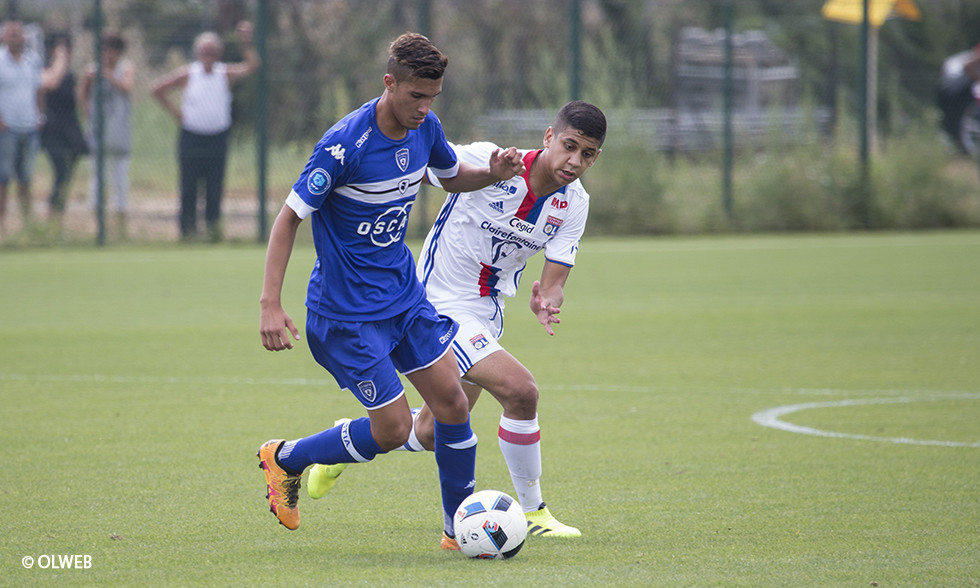 Lyon were convincingly beaten by OGC Nice in Meyzieu on Saturday.

The weeks roll by... and, unfortunately, they're not all the same for the U19s. Winners in Turin and in Saint-Etienne, Lyon were on the wrong end of the scoreline on Saturday as they took on Group D rivals OGC Nice in their Week 12 clash.

Hosting OGC Nice at a rather unusual time (11:00), coaches Cris and Joël Fréchet  decided to rotate their squad against the group's fifth-placed team. OL, second only to AS Monaco on the ladder, suffered a major setback at the Groupama OL Academy in Meyzieu.

The three goals were all scored by Nice in the first half. The visitors also played some beguiling football against a Lyon line-up who were far from their best.

Already beaten by Olympique de Marseille (3-2) in Week 8, Zacharie Brault's teammates copped their second defeat of the season in Group D. They will try to pick themselves up next Saturday when they travel to leaders AS Monaco for their top-of-the-table Week 13 fixture.

Joël Fréchet (OL Coach): "We were disappointing in terms of aggression and organisation. We went missing in the first half and we were thrown by the quick goal in the second minute. We had a better second half but the damage had already been done. We learned the hard way today."