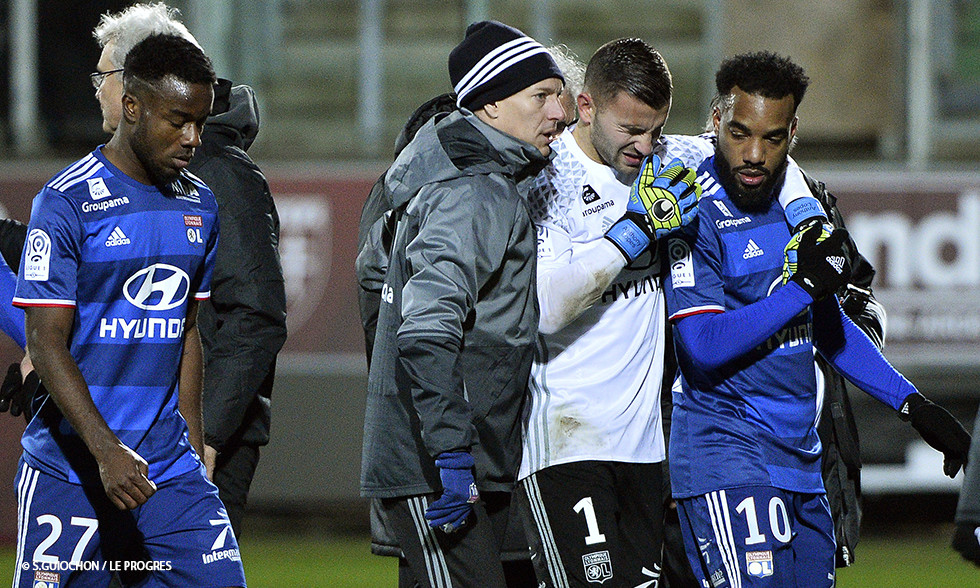 The Ligue 1 Week 16 meeting between FC Metz and Olympique Lyonnais was suspended in the 31st minute. OL were 1-0 down to a goal from Hein when Anthony Lopes was hit by two firecrackers.

We've witnessed a sad evening for football this Saturday at the Stade Saint-Symphorien in Metz. A few days after their spectacular win in Nantes (0-6), OL came to Lorraine to underline their good form and to better prepare for the big match next Wednesday at the Parc OL, where they're set to play the final round of Group H against the Spanish side FC Sevilla.

The match began evenly enough. OL created some chances via a Rachid Ghezzal free-kick and when Mouctar Diakhaby went close to opening the score from a Ghezzal corner. But FC Metz showed themselves just as dangerous going the other way. After two early warning shots fired on Anthony Lopes's goal, the young Metz player Gauthier Hein got Metz off the mark in the 28th minute with a spectacular curling left-foot shot that beat the Lyon keeper (1-0).

The match changed dramatically in the next few moments. A firecracker was thrown by some spectators in the stand behind the Lyon goal, landing just near a prostrate Anthony Lopes's face. The Portuguese international didn't have time to get up before another firecracker landed between his legs. In the 31st minute, referee Lionel Jaffredo duly decided to suspend the match and, after a 45-minute wait in the dressing rooms, the game was called off.