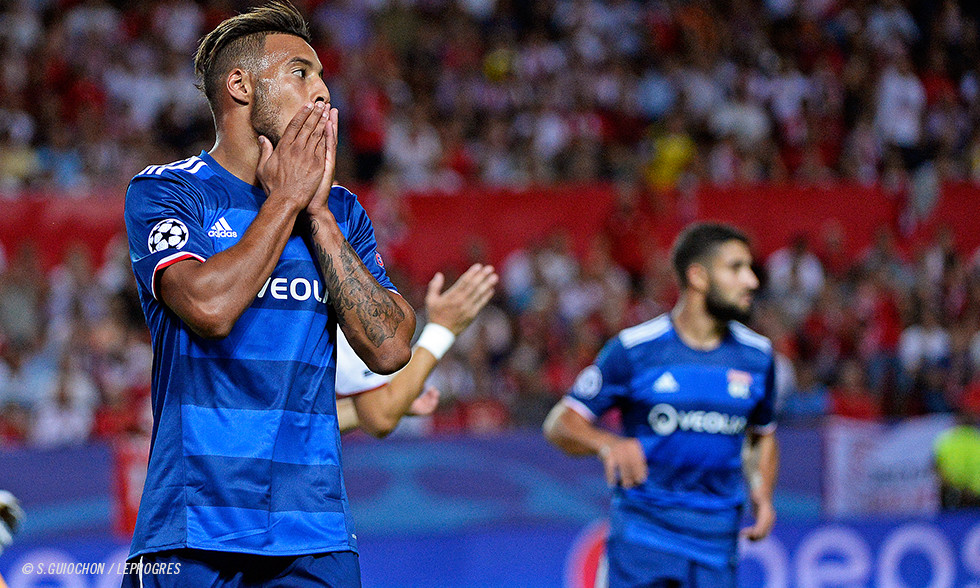 Despite a good first half, OL couldn't hold out against the waves of Sevillan attacks after the break. Fekir and Tolisso both hit the cross-bar. Lyon are noin third place in Group H, a point behind Juventus and Sevilla.

Two weeks after the win over Zagreb, Lyon fell to the first defeat of the Champions League campaign. They had nonetheless started the match well in the heated atmosphere of the Ramon Sanchez Pizjuan Stadium. With three big chances to one and nine shots to two, OL had some promising phases in attack, notably through a Nabil Fekir looking a lot more like his menacing best as he whipped a curler onto the cross-bar. In defence, OL put the pressure on their opponents with a tight pressing game, especially in the latter stages of the first half.

Unfortunately, Maxime Gonalons and his men showed a different face on their return from the dressing room. They were much less solid and couldn't hold out against Sevilla's incessant attacking moves despite a strong performance from Lopes in goals. Tolisso had two clear-cut chances - pone of which crashed off the woodwork - to equalise, with Cornet also going close to leveling matters. But in the end it was the Sevillans who created the most chances and who could in fact have won by a bigger margin… this defeat, coupled with Juventus 4-0 win in Zagreb, leaves OL in third place on the Group H table, a point behind the joint leaders.

The midfielder was within inches of silencing the Andalusian crowd who had been in full celebration mode just minutes before. Directly after Sevilla had opened the scoring, Corentin Tolisso fired just wide despite finding himself in an ideal position. Sharply picked out by Fekir, Tolisso couldn't get enough power on his shot to trouble Rico. Maxwel Cornet and then Tolisso, unlucky again, had further chances to get their side back in the match. Without success.

Jordy Gaspar celebrated his debut for OL's senior team… at Europe's top table, no less. The last OL player to mingle his senior and European debuts was Nabil Fekir, the number 18 making his bow away to Real Sociedad in season 2013-14. Not counting qualifying matches, that was Fekir's first Champions League outing.

"It's disappointing once again as you got the feeling in the first half that OL had what it took to get a result. Once again we lacked cutting edge even though we created a lot of chances. We used up a lot of energy in the first half and we certainly paid for it afterwards. In the second half, Sergi Darder and Corentin Tolisso had more trouble getting forward. Perhaps the heat played a role and made the lads' legs that much heavier."