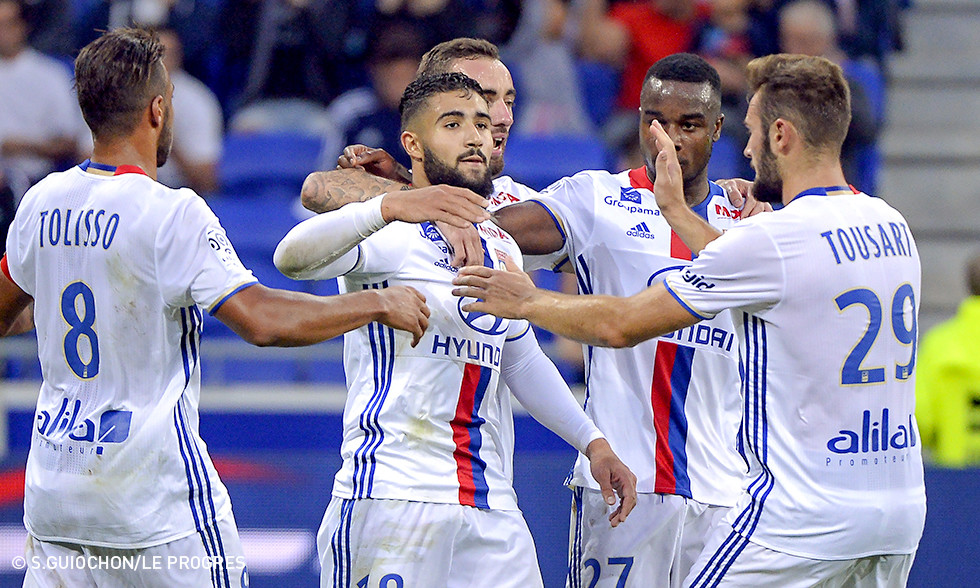 Champions League Matchday 2 in Group H means a dangerous trip to Sevilla in which OL will find out exactly how tough it will be to qualify for the knockout rounds.

Top spot in the group to defend

Matchday 1 in Group H, a fortnight ago, turned out favourably for Bruno Genesio's me. With Juventus and Sevilla playing out a 0-0 draw in Italy, OL's comfortable 3-0 win over Dinamo Zagreb - thanks to goals from Corentin Tolisso (13’), Jordan Ferri (49’) and Maxwel Cornet (57’) - kicked off OL's Champions League season - and the first European action at the Parc OL - very nicely. Now OL need to maintain their advantage, and they will certainly settle for a draw in Sevilla on Tuesday.

When the draw was announced, OL quickly understood that this, the first away game of their European campaign, would be a strong indicator of where they stand in the group and could have a huge influence on their progress in the competition. FC Sevilla currently hold a strong position in European football and the electric atmosphere of the Ramon Sanchez Pizjuan stadium is a huge boost to the side who have won all three of their home matches there in the league so far this season.

FC Sevilla have also, of course, won the last three editions of the Europa League and boast one of La Liga's best squads. Argentine coach Jorge Sampaoli's squad features several names familiar to Ligue 1 fans: Timothée Kolodziejczak, who was at OL between 2008 and 2010, but also Salvatore Sirigu, Samir Nasri and Wissam Ben Yedder as well as Adil Rami and Benoît Trémoulinas.

Two teams looking to bounce back

Both teams suffered setbacks in the lead-up to this clash, Bruno Genesio's men falling to a third defeat of the season, 1-0 in Lorient despite a raft of scoring chances. Furthermore, the OL coach lost right-back Rafael to injury and now the Brazilian's name remains on the injury list along with Christophe Jallet, Alex Lacazette et Clément Grenier.

The weekend didn't treat FC Sevilla much better, with a 3-1 defeat to Athletic Biblbao at the San Mames on Saturday. It was their first loss of the season - featuring a red card for Salvatore Sirigu in the final minutes - that saw the southern side slip four places on the table. FC Sevilla now sit in sixth place, three points behind leaders Real Madrid.

Suspended for four matches in the league following his red card against Bordeaux, Maxime Gonalons returns to the squad for this Matchday 2 fixture. He should reclaim the captain's armband as well as his place in the heart of OL's midfield. The OL number 21 has a yen for this competition: against Sevilla, it will be his 25th match (32 if you count qualifying rounds) in the Champions League, the competition in which he definitively kicked off his professional career on a starry night in October 2009 on the hallowed turf of Anfield, scoring a decisive goal in the 2-1 win over Liverpool.

With European duties kicking in, the season's pace is going up a notch, with matches coming thick and fast. This is a particularly important week for the OL fans, who are keen to see what this first European road trip will yield in terms of indicators of OL's chances in the competition this season.

This clash will also be great preparation for OL's next Ligue 1 clash, which just happens to be the first-ever Rhône derby at the Parc OL - against arch-rivals AS Saint-Etienne, closing out the Week 8 action at 20:45 on Sunday. An exciting week, but also a hugely important one that OL can't afford to fudge.