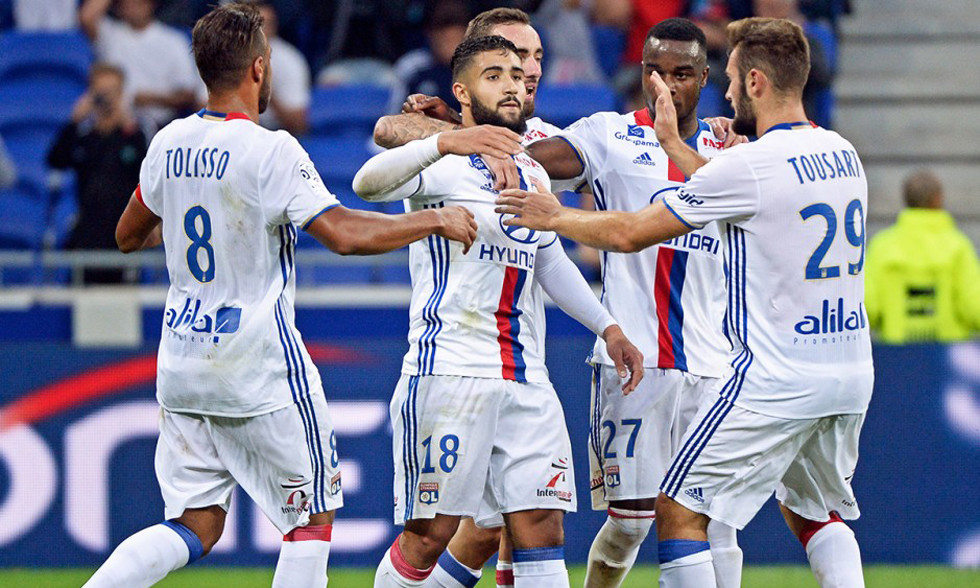 Despite very different individual situations, both players turned in superb performances on Wednesday night as OL got the better of Montpellier.

One year and the dynamic duo are back to their best. On 29 August 2015, Nabil Fekir and Corentin Tolisso ran riot away to Caen. That day, the two OL men were at the heart of a resounding 4-0 win. The former scored a memorable hat-trick… just days before being stopped in his tracks by a serious knee injury. The latter highlighted his vision and range with three assists. Thirteen months have passed, and the two men with different trajectories have linked back up for another great performance.

Few had expected it. Nabil Fekir, just back from a meniscus operation on the knee whose ruptured anterior cruciate ligament kept him out of action for most of last season, was in the starting XI for the reception of Montpellier after a three-week absence. It was a gamble by coach Bruno Genesio to start him, but it most certainly paid off. Played in his preferred position, OL's number 18 cut loose.  "The new system suits me well. The coach decided to give me a run and I repaid his confidence in me. With this formation, I can save more energy to attack and to make more of an impact up front." Fekir scored his first goal since that hat-trick in Caen, converting a penalty he won himself, and then he was there to cap off a fine move in conjunction with Rafael. An hour's play and two goals that hold a lot of promise for the season ahead!

And while Fekir was showing that he has lost none of his talent, Corentin Tolisso was dishing out more of the same, confirming his excellent start to the season as he once again wore the captain's armband. With Gonalons suspended, the 22-year-old midfielder took charge of OL - and found the back of the net twice, the second time with a superb strike. "I'm not a forward but I do try to bring that certain something extra to the team. Modern midfielders have to be capable of setting up goals but also of scoring them." With five goals to his name already this season (three in Ligue 1, one in the Champions League and one in the Trophée des Champions), as well as one assist, Coco is proving match after match that he is indeed the very picture of a modern midfielder.