Jean-Philippe Mateta: 'I can't wait to play at the Parc OL, it's a dream' 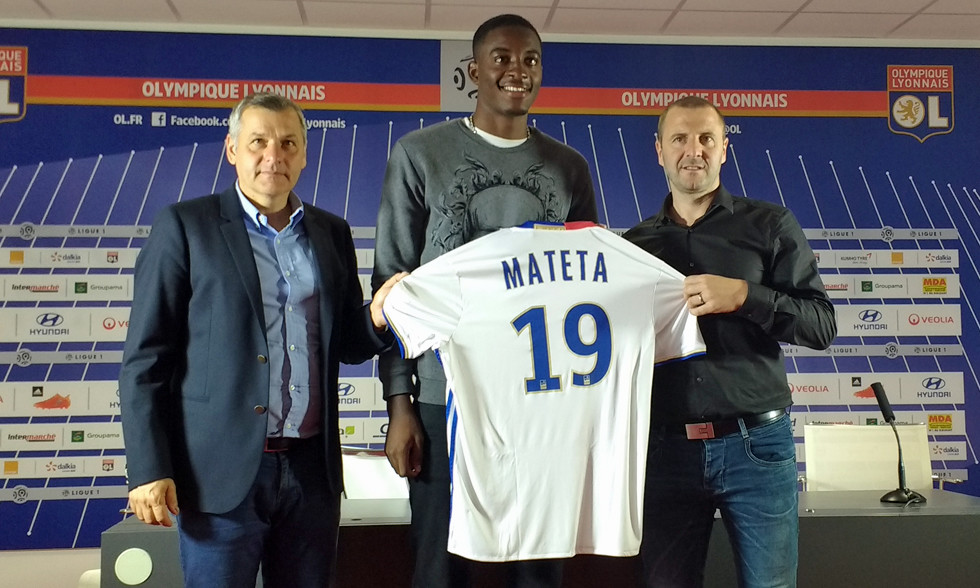 Four days after his arrival at Lyon, the 19-year-old new recruit was officially presented to the press on Monday morning in Décines alongside Bruno Genesio, Jean-Michel Aulas and Bernard Lacombe.

"They sent me a message after the Zagreb match. The president welcomed me and my dad in person. I didn't believe it at first. It really touched me. I'm very happy to be here. I've been impressed by everything. I can't wait to play at the Parc OL, it's a dream. I started football at eight years of age in Sevran, where I played all my youth football. I played for Drancy and then Châteauroux, where I had two full seasons. I watched a lot of Zlatan's matches as he is also a big guy and he keeps the ball well."

"We've been following him since the beginning of the season. We tried to make sure things went as quickly as possible. I called Michel Denisot after Lacazette re-injured himself. He has signed for five years and brings youthful exuberance and a huge frame. He has had a slightly unusual path, as he was never at a youth academy. But his rise has been fast. The transfer is worth €2m plus €3m in incentives. He will wear the number 19. We tried to sign Roger Martinez, but perhaps our efforts came too late."

"I'm very happy to officially welcome him. He has the kind of profile that we didn't have before, with a very athletic physique. It's a great investment for the future. He will join the rest of the squad today. I want to take my time with him. He should feel comfortable in the squad. I will talk about it with him but I don't want to put him under any pressure. I have a lot of confidence in him. He has come here with a lot of humility and a lot of enthusiasm."