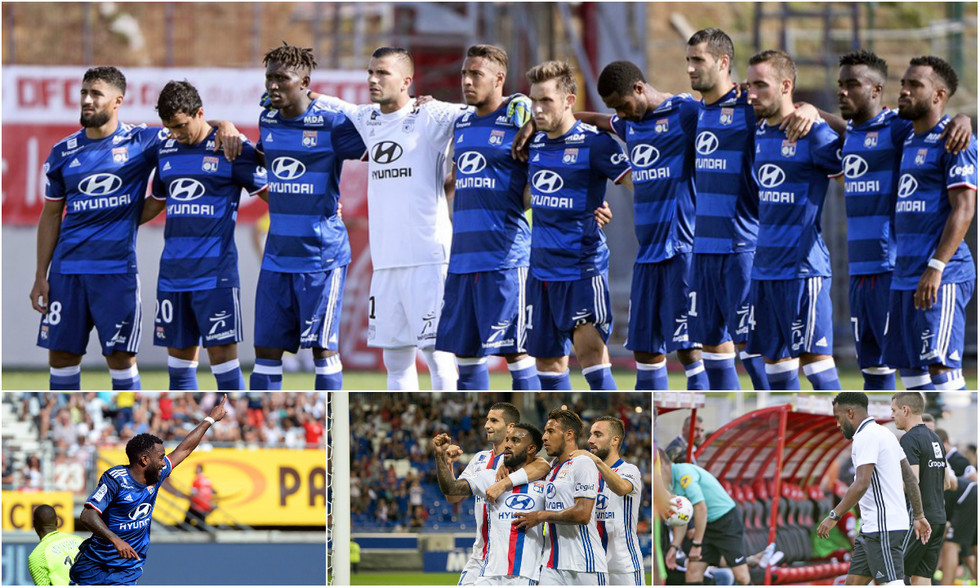 The first international break gives us an opportunity to take a look at OL's first three league outings, played during the month of August.

"We weren't worried after Paris." Following the hammering copped in the Trophée des Champions, Bruno Genesio wasn't fretting about the state of his squad. One week later, his players proved him right in the first L1 match of the season. Although they didn't have the best night ever, OL easily disposed of promoted Nancy 3-0 at the Stade Marcel-Picot. The first 25 minutes were slow for OL but then the Lacazette show started, with two goals at the end of the first half and a third after the break to cap a Lyon win that was neither flamboyant nor worrying. It was, in a word, efficient.

And while their next outing offered the OL fans another victory, it was in completely different circumstances that Maxime Gonalons and co. did so when Caen came calling (2-0). With, once again, Alex leading the charge. The hit-man struck from the penalty spot to transfer his side's on-field domination to the scoreboard, but it as just one goal and OL's dominance began to fade as the second half wore on. Caen created some dangerous chances to equalise, but in the end Lacazette, once again from the spot, clinched a second-straight win for his side.

The outcome of OL's third and final Ligue 1 match for August was also tied to the form of club's number ten. Away to Dijon, OL turned in an excellent first-half performance, with good attacking football, good link-up play and scoring chances… everything seemed set to go their way until the 45th minute, when Lacazette - who had scored his sixth of the season - hobbled off injured. After that? Dijon equalised a few seconds later and Fekir went off injured as well. The second half saw OL's defence look very shaky indeed, while in attack they were uninspired and paid dearly with a first loss of the league season (4-2).

There as nothing worrying in the way OL played, and nor were there any dramatic consequences in the standings. With six points from a possible nine, Bruno Genesio's squad is in the leading pack, sitting in fourth place locked on points with Paris Saint-Germain, who lost in Monaco at the weekend. The principality club sit in second, equal on points with leaders Guingamp and third-placed Nice, a point ahead of the chasers. But there's still a long way to go… let's hope that OL can get back on track quickly with Fekir (out for three weeks) and in-form hit-man Lacazette, both of whom are doubtful to be available as OL get back into action against Bordeaux once the international break is over.