DFCO 4-2 OL: OL lose the plot in Dijon… and lose Lacazette too 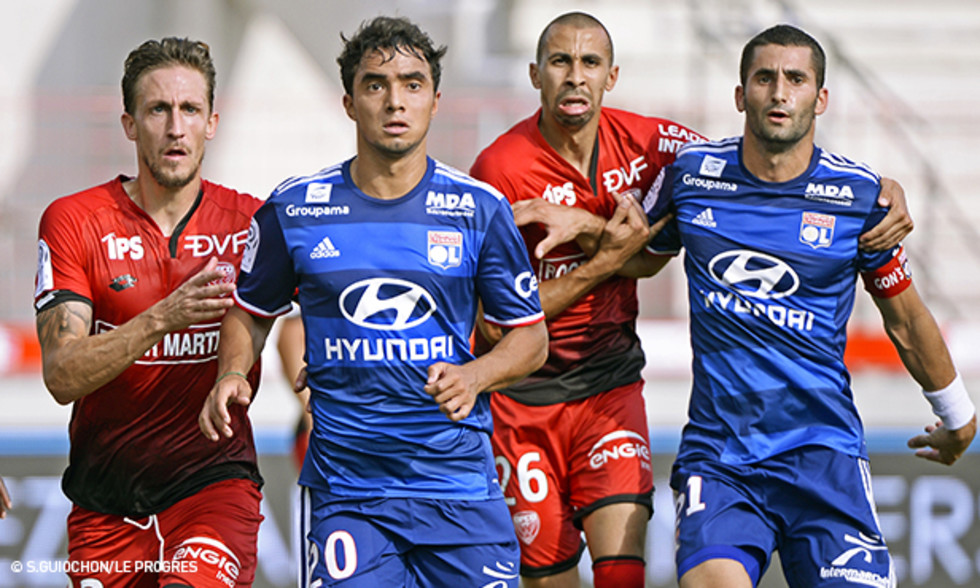 In a match that was largely within their reach, OL dipped in the second half and fell to a first defeat of the season. The evening was also marked by injuries to Lacazette and Fekir.

20' Corentin Tolisso opens the scoring at the far post 0-1.

31' Sammaritano equalizes with a penalty conceded by Nkoulou 1-1.

37' Lacazette scores with a left-footed strike 1-2.

73' Bahamboula puts his side in the lead with as he finishes with the left boot 3-2.

OL had a nightmare evening at the Stade Gaston-Gérard. However, in a first half they largely dominated, the Lyonnais twice took the lead as Corentin Tolisso and Alexandre Lacazette struck. But, unlike in the first two matches of the season, Anthony Lopes couldn't keep a clean sheet and Lyon were twice pegged back, first by Sammaritano's spot-kick and then a header from Tavares. And things didn't get any better in the second half as OL struggled to get a foothold and their defence opened up and allowed substitutes Bahamboula and Lees Melou to score. OL tasted defeat for the first time this season and have taken six points from a possible nine for the month of August.

Alex Lacazette scores - but then gets injured

In the 37th minute, everything seemed set to go in favour of OL and man of the moment Alex Lacazette. After Lacazette's sixth goal in just the third match of the campaign (a record equalled by Djibril Cissé in 2001-2002) - his 98th for the club in all competitions - OL were back in front and seemed set for a third consecutive win. Unfortunately, three minutes later, the OL hit-man hobbled off with a knee injury sustained in a challenge with Cédric Varrault, and we know how the match ended up…

OL hadn't conceded a single goal before this trip to Dijon, but sadly that record is now tarnished. The stats hurt, because Dijon only got five shots on target in the whole match. The last time that OL conceded four goals in the league was on the last day of season 2015-2016, 4-1 against Stade de Reims.

"It's difficult to find an explanation for the way the match turned. Even with the score at 2-2 at half-time, we seemed to be controlling the match. In the first half, we had numerous chances with some nice link-up play, but our finishing let us down. But really the black mark goes to the defence, who made some clearly avoidable errors. We created the rod for our own backs, because Dijon had barely threatened. But there's nothing to really worry about, we just need to amend these errors as, against big Ligue 1 teams or European opposition, we will pay for them much more dearly."