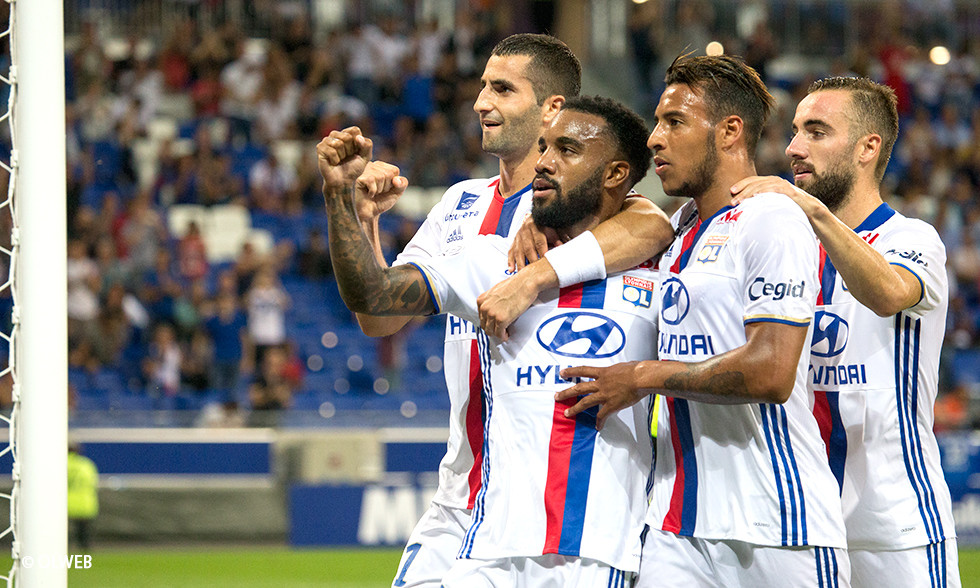 By winning 2-0 at home to Caen, OL kicked off their season at the Parc OL. A second win in as many matches that consolidated OL's position atop the Ligue 1 table and once again had Mr Lacazette in the limelight.

35' Curling shot from Nabil Fekir punched away by Vercoutre.

89' Dangerous shot from Malbranque turned away by Anthony Lopes.

Without outdoing themselves, OL claimed their second win of the season, against an SM Caen side much too timid to hope to leave the Parc OL with smiles on their faces. In the end it took two penalties to decide the match. After taking the upper hand over the first 15 minutes, Bruno Genesio's men were rewarded for their efforts as Alexandre Lacazette coolly converted a penalty won by Corentin Tolisso.
In the second half, Caen tried to show a different face, creating several chances - notably one from Steed Malbranque. OL finally killed the match off, in injury time, wit Jordan Ferri's burst into the area leading to the second penalty of the match.

Everyone was touting a duel between strikers Alex Lacazette and Ivan Santini but it turned out to be different from expectations: Lacazette's first goal from the spot came thanks to a hand-ball from… Santini, on the half-hour mark. OL's homegrown hit-man is not one to restrict his appetite and he clinched a double in injury time, converting a penalty won by Jordan Ferri. Alex now has five goals from two matches, a haul that has him on 77 career Ligue 1 goals and 97 in all competitions. The 100-goal mark isn't far off.

By winning against Caen, OL claimed a ninth win in 11 Ligue 1 matches at the Parc OL. Unbeaten at the stadium in Décines, Maxime Gonalons and his comrades continued the strong run that has their winning form at home at 82%. The fervor that reigned in the stands as Lacazette pushed his side to victory was not unusual - OL have scored 32 goals at the Parc OL for an average of 2.9 per match!

It wasn't a great match but it was a match that OL controlled. I liked OL's first half, which was very coherent. Things got tougher in the second half, when I felt that the players got tired. I really appreciated the performances from Anthony Lopes and the defence, and I think Maciej Rybus had an excellent OL debut.