OL – CAEN: FIVE GOOD REASONS NOT TO MISS THE MATCH 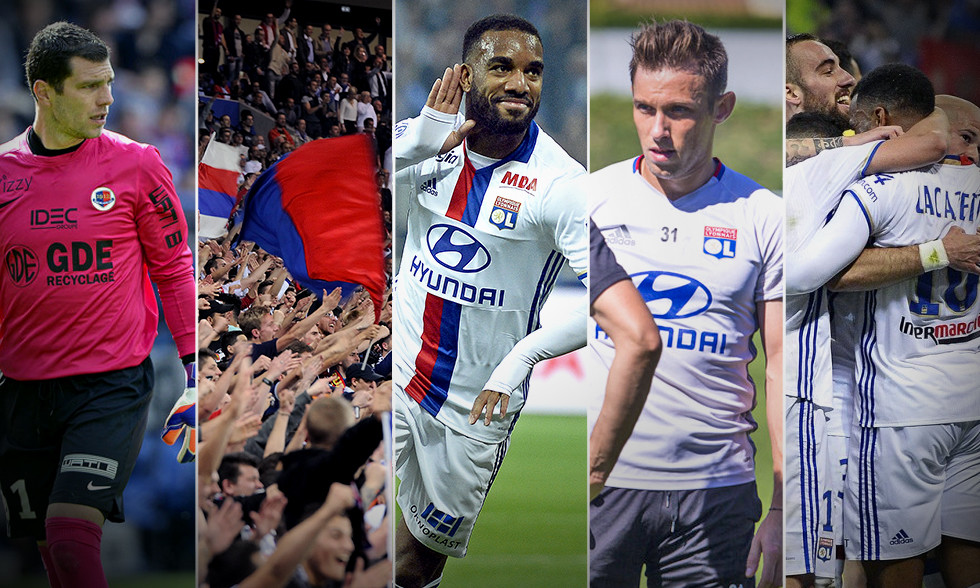 OL will welcome Stade Malherbe de Caen to the Parc OL on Friday at 20:45 CET. Here's why you need to be watching…

On Friday night, the OL fans will see a few familiar faces in SM Caen shirts - and it should bring back some good memories. Other than Rémy Vercoutre, who is kicking off his third season with the Normandy club, Steed Malbranque and Mouhamadou Dabo will also be facing off against their old teammates. The former, who was with OL until just a few months ago, moved to Caen on a free transfer in June, while Dabo arrived on a free transfer from Troyes, who were relegated to Ligue 2. Their return to Lyon should unfold with good humour, as the OL fans are renowned for respecting the club's former players.

Alex Lacazette has hit the ground running this season, as AS Nancy-Lorraine can attest. Thanks to his fourth Ligue 1 hat-trick, last Sunday, the homegrown striker now has 75 Ligue 1 goals to his name and sits level with Juninho… but against Caen, Alex can etch his name that much deeper in the club's history and inch closer to the Brazilian legend's record of 100 goals scored for the club in all competitions. With a current total of 95 goals for the club in all competitions - level with Bafétimbi Gomis - Ligue 1's current top scorer will be giving his all to beat former teammate Rémy Vercoutre in the Caen goal to overtake Juninho.

Because Les Gones will be back at the Parc OL

Last season, Bruno Genesio and his players bid the Parc OL farewell for the season in the best possible way, hammering Monaco 6-1 on the second-last day of the season. The overjoyed fans lit up the Parc OL, going as far as to sing a song vaunting Mapou Yanga-Mbiwa. Tonight, Mapou and his teammates will be back in their impregnable fortress, where they remain undefeated since the stadium's inauguration in January.

Because Maciej Rybus should be making his OL debut

With Jérémy Morel sidelined with a back complaint, Bruno Genesio could call on new recruit Maciej Rybus to occupy the left flank of defence. After arriving this summer from Terek Grozny, the Poland international is set to make his official OL debut. Inured in pre-season, he has only played friendlies and reserve matches so far. Nonetheless, the OL boss has faith in him: in his pre-match press conference, Bruno Genesio said he will look to Rybus for pace and workrate to destabilise Caen and have a stellar debut.

Because OL can confirm their position atop the Ligue 1 table

Coming off a big 3-0 win over Nancy last Sunday, OL became Ligue 1's first leader for season 2016-2017. Even though topping the table after one match doesn't mean an awful lot in the long run, OL have every intention of beating Caen and not allowing themselves to be overtaken by the chasers. Apart from Lyon, seven other clubs, including Paris Saint-Germain, won their Ligue 1 season openers. By playing their Week 2 match ahead of everyone else, on Friday night at 20:45 CET, OL will have the chance to put the pressure on everyone else and tighten their grip on top spot.