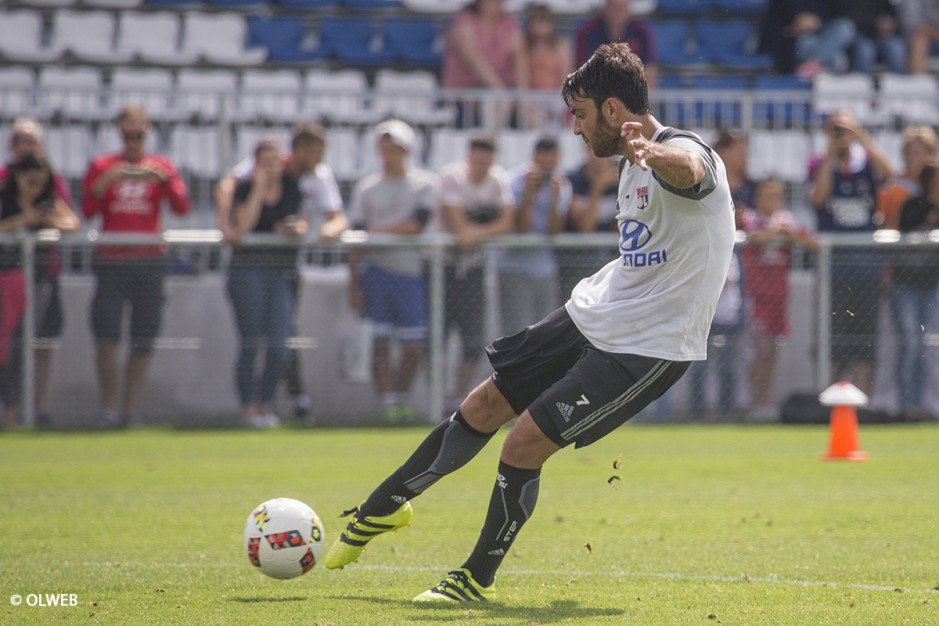 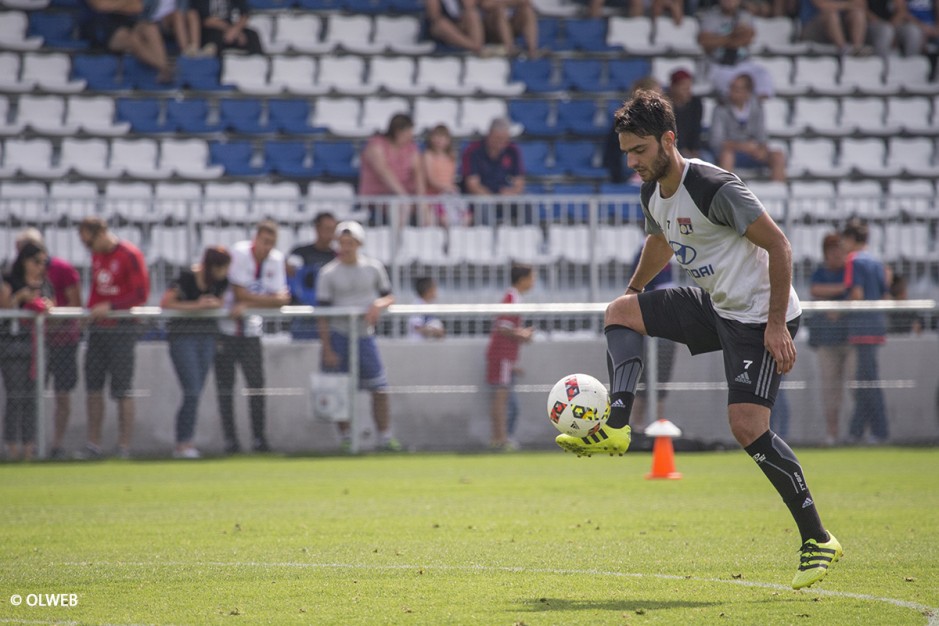 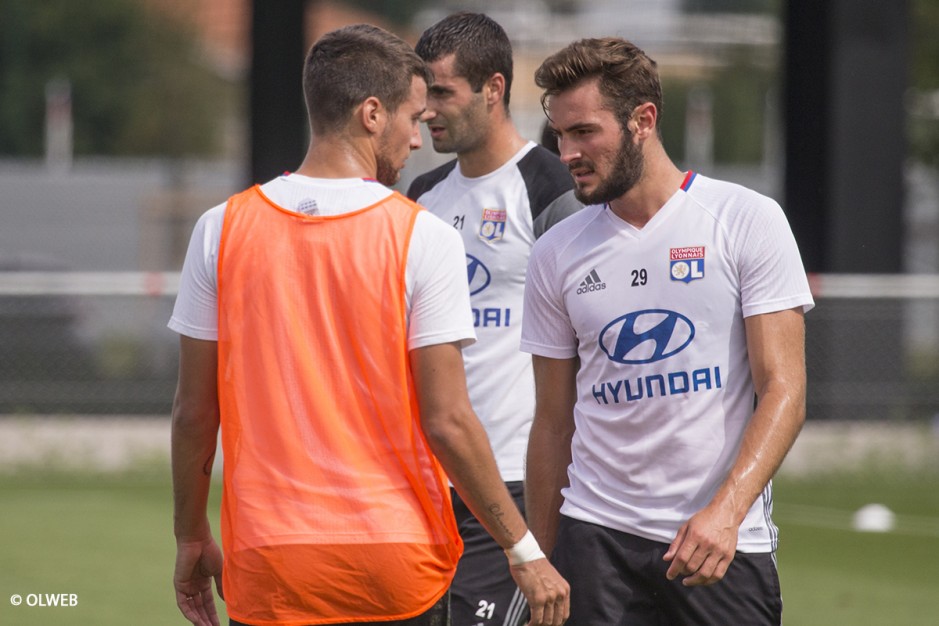 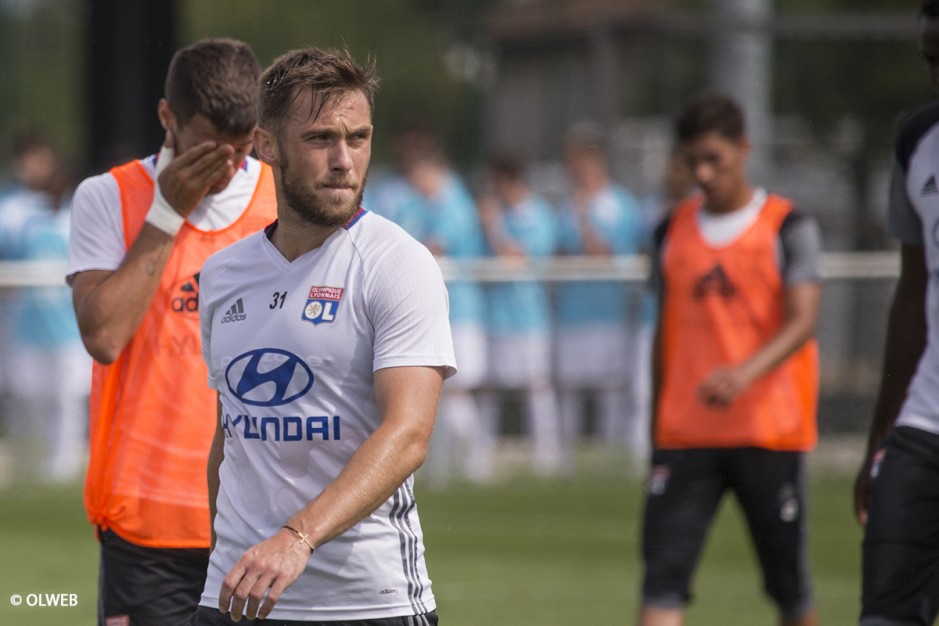 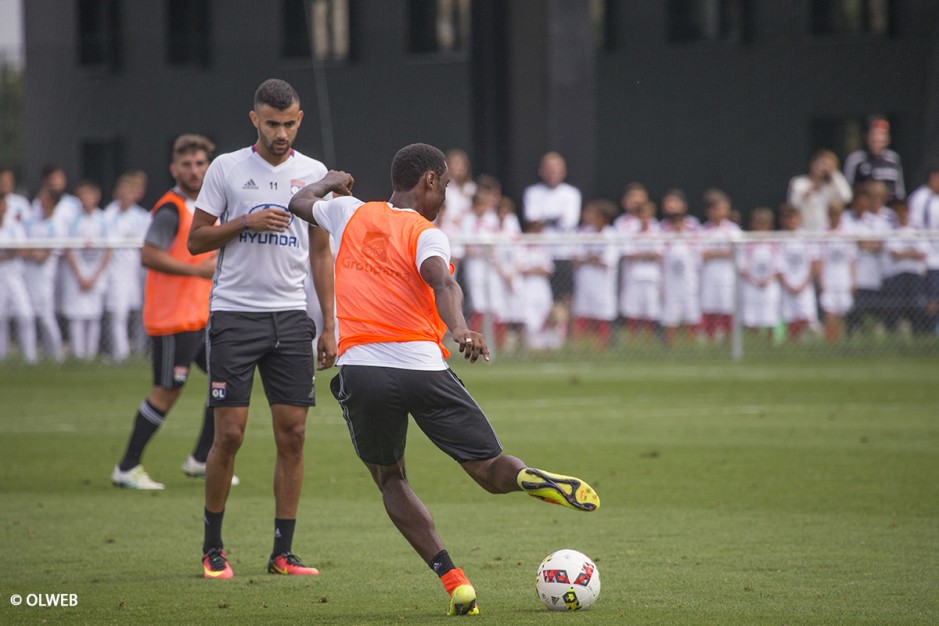 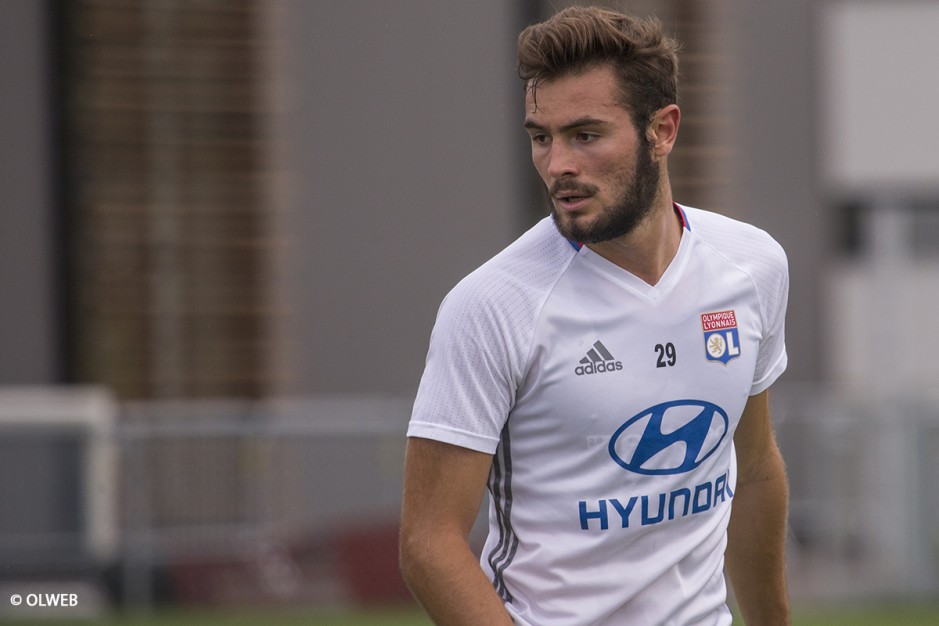 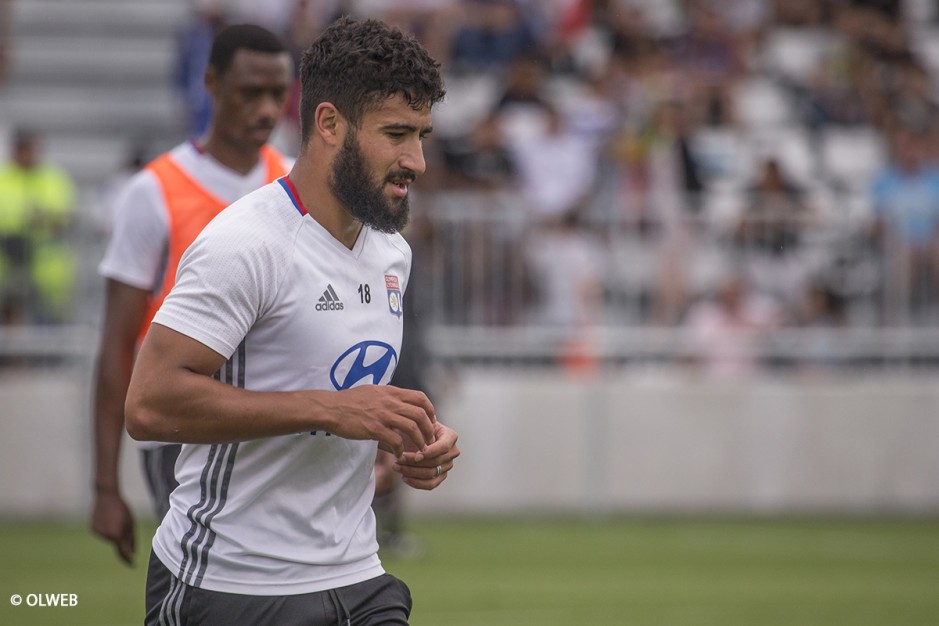 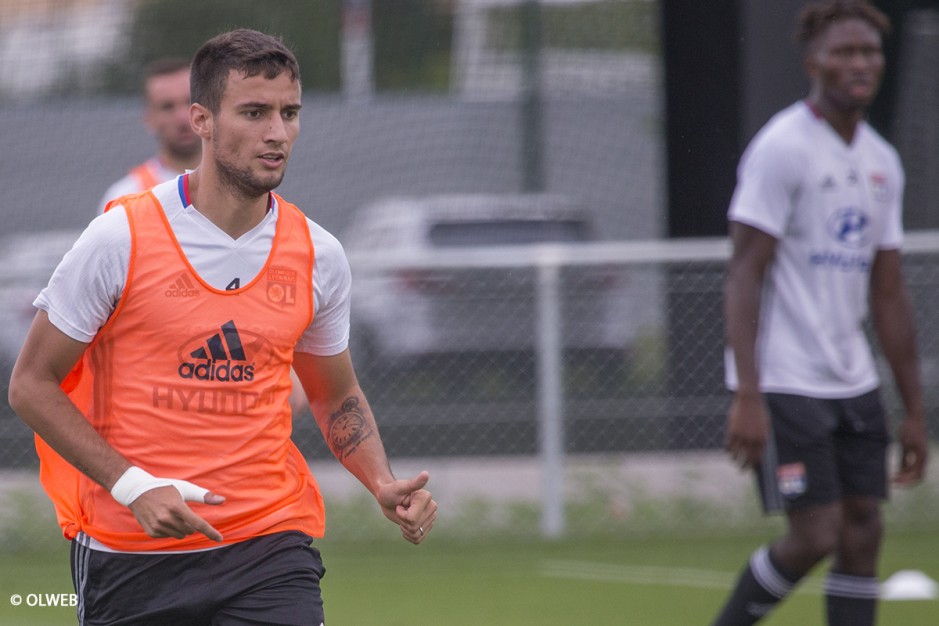 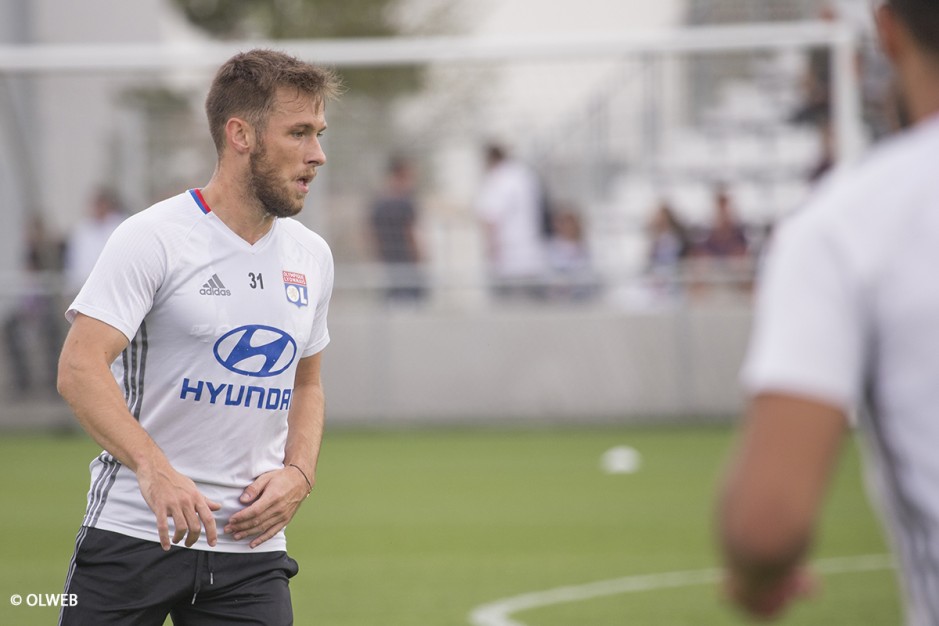 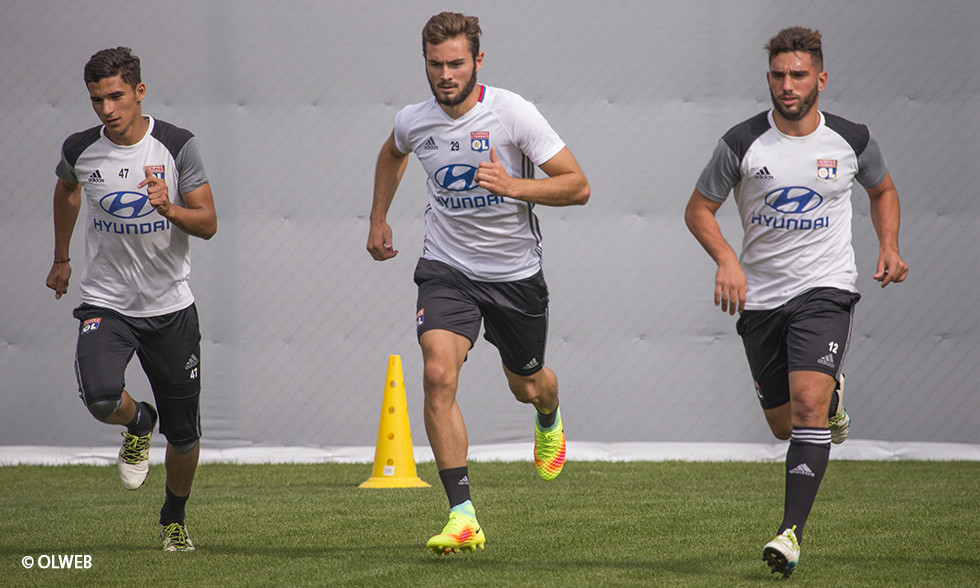 The OL players began their warm-ups under grey skies and a light drizzle, but that didn't discourage arounf 800 fans from gathering in the stands at the Groupama OL Training Center. Among them were 120 young footballers from the Hauteville training camps.

This open-to-the-public session comprised ball-keeping exercises for Maxime Gonalons and his squadmates, separated into three groups. Maciej Rybus and Emmanuel Mammana took part in the exercise, as did the captain of France's U19 European champions, Lucas Tousart, who was making his return to the squad. Meanwhile Gaëtan Perrin had a session of physical exercises under the watchful eye of Dimitri Farbos.

The session ended with some stretching while Clément Grenier and Mathieu Valbuena stung the gloves of Lucas Mocio in a session of volleyed shots on goal. Olivier Kemen also had some afters, staying late to work with Claudio Caçapa.

A family photo with the youngsters form the Hauteville camps and the OL players wrapped up proceedings for the day.