PSG-OL: Five good reasons not to miss this match 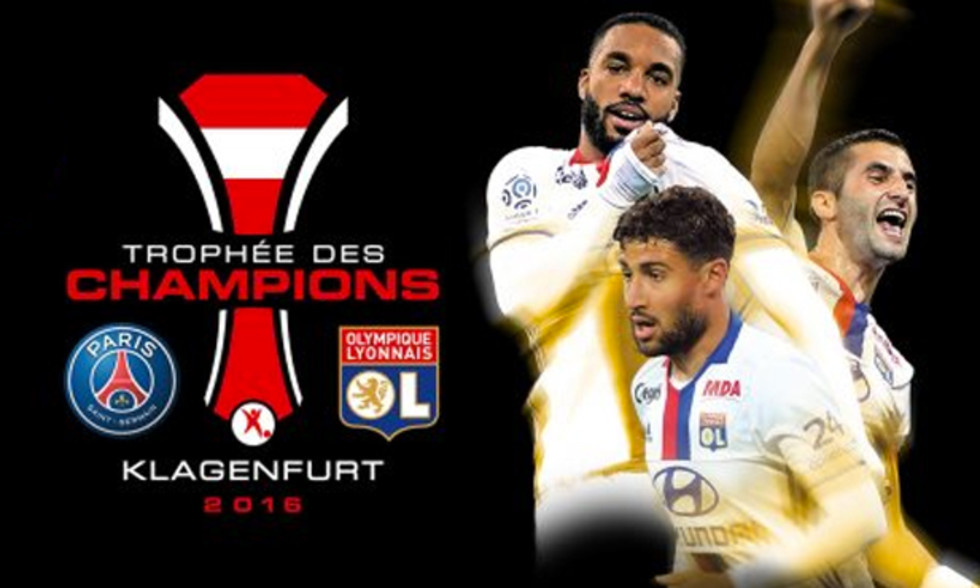 Olympique Lyonnais take on PSG on Saturday at 20:45 in Klagenfurt, Austria. Here's why you should watch the match…

Because the first title of the season is on the line

The joy of lifting a trophy. Lyon have been waiting to recapture that feeling since 2012, when they claimed the Coupe de France and… the Trophée des Champions. Since then, they have had two good chances: in 2014, in the Coupe de la Ligue final and in the 2015 edition of the Trophée des Champions, both times against PSG. The first official match of seasons 2016-2017 offers the chance for a trophy and the opportunity to fill up on confidence ahead of the start of the league season. And, hopefully, it will be jus the first round in a tough battle between the sides that runs all season long.

Because there is revenge in the air

Some will remember the match from 1 August, 2015, and some others will be thinking of 28 February, 2016. The Parisians denied OL an eighth Trophée des Champions by winning 2-0 in Montreal a year ago almost to the day. Bruno Genesio's players took some measure of revenge in the second half of the last Ligue 1 season by inflicting a first defeat of the season on the capital club. A 2-1 win at the Parc OL that will live long in the memory.

Because Lyon have had a super-promising pre-season

"The team has grown stronger and stronger; we're ready." Bruno Genesio is well pleased with his side's pre-season, which featured three wins "against high-level European teams." After conceding a 2-2 against L2 side Bourg, Genesio's men showed a lot of promise in their play, especially in attack, in disposing of Zenit (2-1), Sporting (1-0) and Benfica (3-2). The coach was thrilled with the first half of last Saturday's match. Very promising!

Because the PSG juggernaut is already rolling

PSG have been, quite frankly, impressive in the pre-season. Unai Emery arrived at the club this summer with a new philosophy and his players have responded well, beating West Bromwich (2-1), Inter (3-1) and Real Madrid (3-1) before out-classing EPL champions Leicester (4-0). Belgian signing Meunier bagged two goals in the pre-season, just like Aurier, Ikoné and Lucas.

Because Bruno Genesio has (almost) all his weapons available

The OL coach was spoiled for choice as he formulated his 19-man squad for this season opener. Other than Ghezzal, almost everyone was in the running. Bruno Genesio will be able to count on a resurgent Nabil Fekir, who missed the Trophée des Champions last season due to a suspension, and his steadily returning understanding with Alexandre Lacazette. Nkoulou, Lopes, Jallet, Valbuena and Tolisso are also in the squad. For the Parisians, it's different. Krychowiak and Rabiot are suspended; Marquinhos is at the Olympics with Brazil; Cavani and Silva, injured, did not make the trip with a squad that features the likes of Ben Arfa, David Luiz, Pastore, Motta, Verratti, Lucas and Di Maria...