PSG-OL: The Lyonnais arrive in Klagenfurt 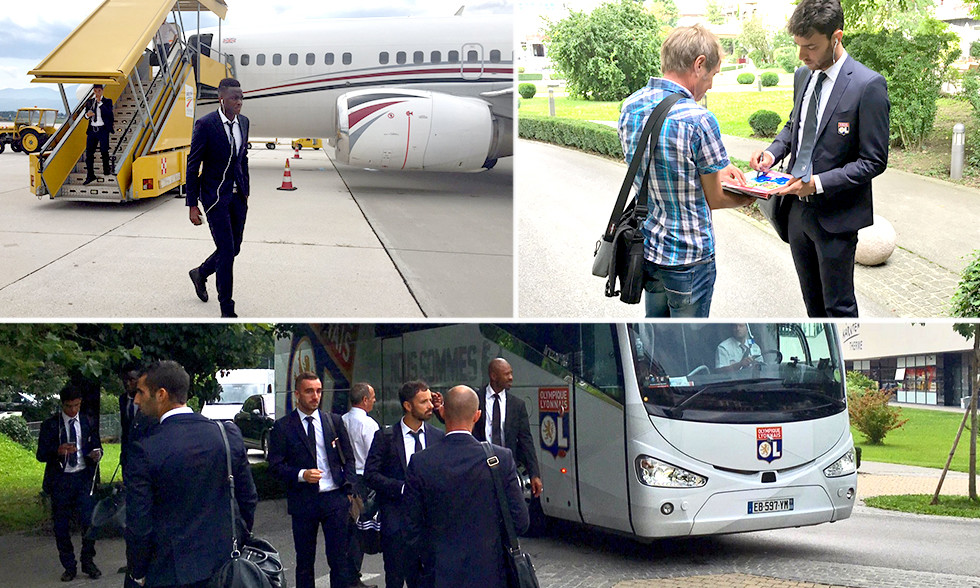 The OL delegation touched down in the south of Austria just before midday.

The 19 players called up by Bruno Genesio gathered on Friday morning at the Groupama Training Center in Décines before heading to Saint-Exupéry Airport, just a 15-minute bus ride away.

After boarding, the OL delegation got settled in on the classy jet chartered by the Ligue Professionelle de Football, where fruit, sweets, newspapers and ultra-comfortable seats awaited the players and the staff. So it was in complete comfort that the OL delegation made the 75-minute, 900 km trip from Lyon to Klagenfurt.

The Lyonnais landed at 11:30 on the runway of a small airport where a bus decked out in OL colours was waiting to take them to their hotel. The players got settled in their rooms and relaxed until it was time for the training session scheduled for late afternoon at the Worthersee Stadion.