Euro U19: Lucas Tousart and Les Bleuets into the semis 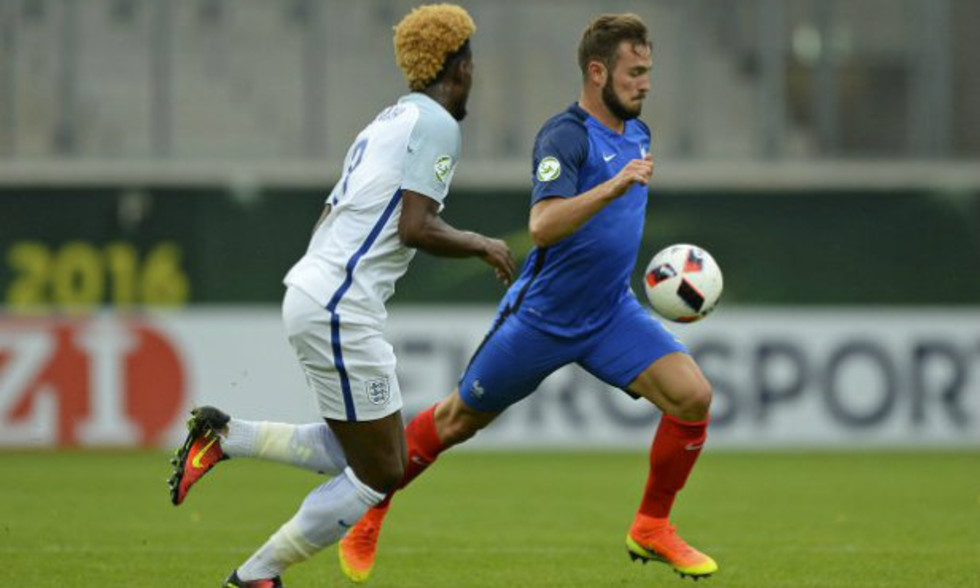 France claimed their second win of Euro U19 with a spectacular 5-1 drubbing of the Netherlands. The win takes them into the semis, where they will face Portugal.

France didn't hesitate in Heindenheim on Monday in their final Euro U19 group-stage match. With second place in Group B on the line, Lucas Tousart and his teammates unleashed a 5-1 whipping on the Netherlands, thanks in no small part to a hat-trick from Parisian Jean-Kévin Augustin and a double from Kylian Mbappé.

Olympique Lyonnais midfielder Tousart, once again entrusted with the captain's armband, played the full 90 minutes. Once the final whistle blew, qualification for the semis was secure and Tousart couldn't hide his satisfaction: "We're very happy to make it to the final four. We didn't start so well, losing to England in the opening match, but we reacted well with wins over Croatia and the Netherlands. Against Portugal, we're expecting a tough match as they're a tough team who defend well. From now until Thursday, we'll do our best to recover and put everything in place in order to go all the way."

France's next opponents have collected one win and two draws so far in the tournament, being held 1-1 by Italy and then Austria before winning 4-3 in a thriller against Germany.

The other semi-final will see England - who topped Group B, three points ahead of France - take on Italy, who were second in Group A behind Portugal. The final will be played in Sinsheim on Sunday.