D-day for Jallet and Umtiti's Bleus 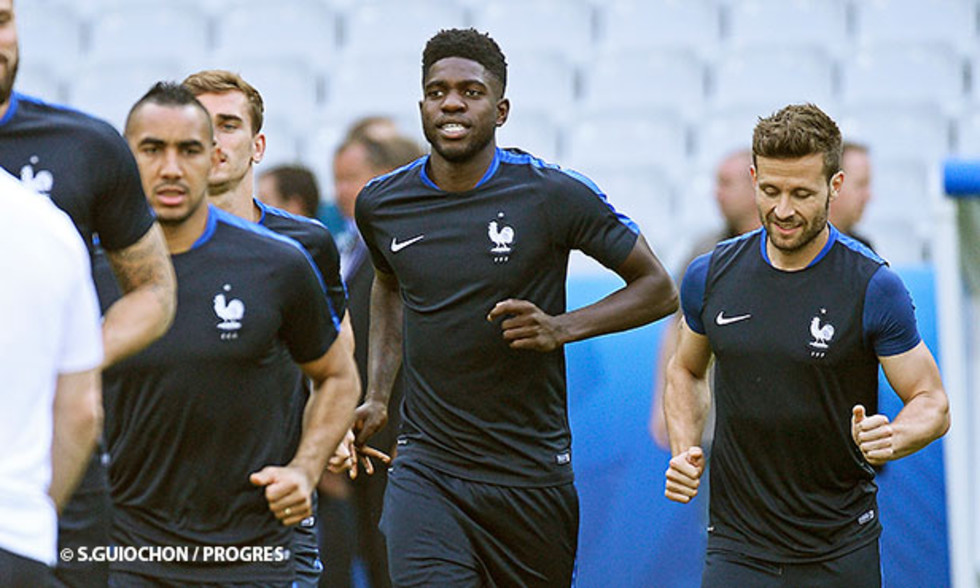 Euro 2016 kicks off on Friday night with an opening clash between France and Romania.

Finally! An entire country, even an entire continent, has been waiting impatiently for 10 June. Tonight (21:00), Les Bleus will get the Euro 2016 party started against Romania at the Stade de France in Group A's first fixture.

All eyes will be glued to Les Bleus, who are among the favourites to win the competition, and on Olympique Lyonnais players Christophe Jallet and Samuel Umtiti, selected by national team coach Didier Deschamps for the 23-man squad. The OL defenders will experience their first major international tournament side by side.

France's Group A also comprises Albania and Switzerland, who will face off against each other on Saturday, 11 June in Lens. Les Bleus will then take on Albania on 15 June at the Stade Vélodrome in Marseille, and Switzerland on 19 June at the Grand Stade in Lille.

Meanwhile the Parc OL - voted as the most beautiful stadium in the competition - will host its first match of the tournament on Monday, 13 June as Belgium and Italy face off in a potentially decisive encounter. On 17 June, Ukraine and Northern Ireland will do battle on Olympique Lyonnais' home turf, as will Romania and Albania on 19 June and Hungary and Portugal on 22 June - a match in which OL's Anthony Lopes will, either on the pitch or form the bench, be taking part in his first international tournament.