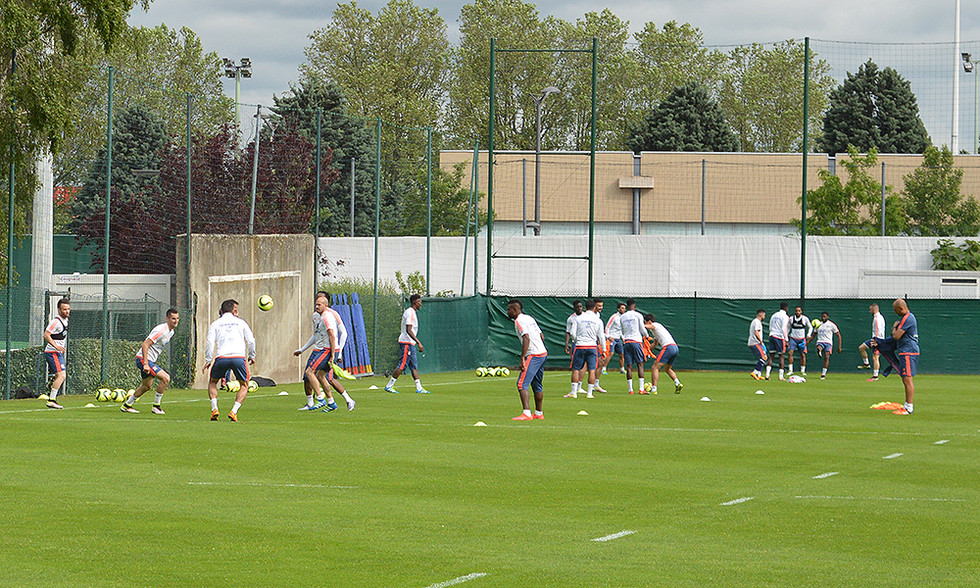 On Friday night the OL coach announced his 19-man squad for the last away game of the season, noting that Fekir will make his return to the starting XI.

In the lead-up to the final training session of the season at the Tola Vologe training centre in Gerland, Bruno Genesio held his customary pre-match press conference. The main talking point was the OL coach's announcement that Nabil Fekir will start against Reims on Saturday - his first time in the club's starting 11 since he scored a hat-trick in Caen on August 29. "Nabil is making progress but he still isn't back to 100%," warned the OL boss. The other indication he gave as to his starting XI in Reims was that Christophe Jallet, who is part of the France squad for Euro 2016, will be rested: "I don't want to take any risks - it would be such a shame of he were to pick up an injury."

The France right-back will nonetheless make the trip to Champagne country with his teammates; he is part of the 19-man squad announced by Genesio after the day's closed-doors training session. The squad also includes Bakary Koné, who comes in to make up the numbers after Gaëtan Perrin was included in the CFA squad to take on Sarre Union.

As for Stade de Reims, 18 players have been included in the squad to host Lyon. Their injury list is long, with six players missing.