Antho Lopes: 'Euro 2016 in France and at the Parc OL… I've been waiting a long time' 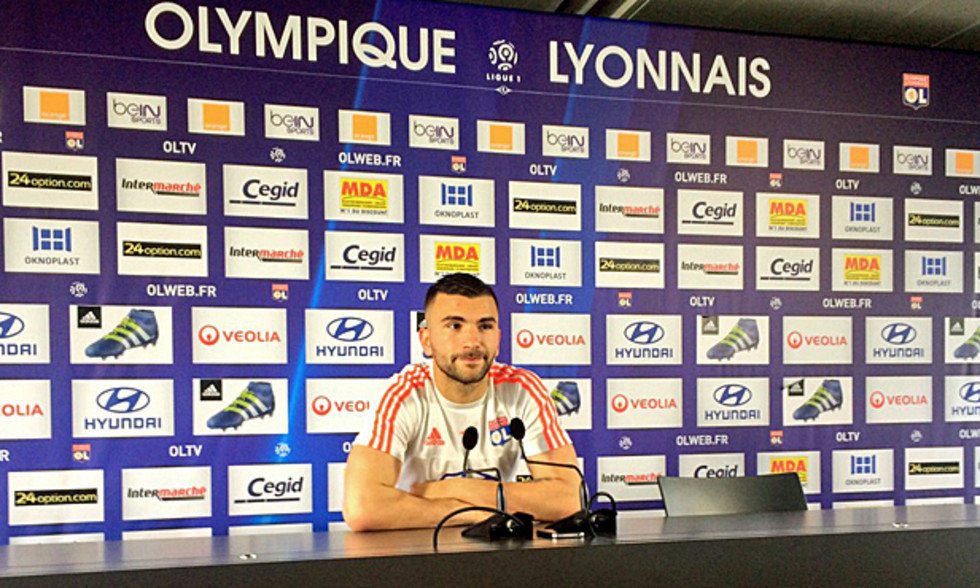 The OL 'keeper appeared in a press conference after the day's training session. Anthony Lopes, a Portugal international, spoke animatedly about the impending Euros in the land of his birth and at his new home stadium, the Parc OL.

His spirits ahead of Euro 2016

"I feel good. I can't wait to play in another big competition. I've been waiting for this competition for a long time, especially in France. I was selected in the preliminary squad and I hope to be a part of the 23-man final list for the tournament. I will be extremely happy but I will also take it very seriously. It has been an objective of mine. I was hugely disappointed not to be able to play in the World Cup. You become a footballer to experience moments like that. So I set myself a new objective."

Your role in the national team

"If there's a chance that I'll get some game time, it will be even better. I'm comfortable in my role as understudy. I get along well with the other 'keepers. We’re a united group. In the sort-term, I hope to play some. I don't know whether I'm number one, two or three. In the current hierarchy, I should be number two. I will acquire experience, but I don't think the hierarchy will change up for the upcoming Euros. I'll be right behind the number one 'keeper. There will be no tantrums… I've progressed in every area. I need to make sure I stay reliable and consistent."

A. Lopes "I had a huge disappointment after the World Cup, and since then going to the Euros has been my objective" #teamOL

The match at the Parc OL against Hungary

"It will have a special flavour. I'll be right in my own back yard. There are lots of people who have asked me for tickets… I'm lucky to have the chance to play in Lyon, in front of my family and my city. It will be very special for me. Perhaps there will be supplementary motivation but it remains a huge competition and the desire to do well and win is already huge."

Your relations with Portugal

"We will be playing as a whole country. I haven’t been treated as a foreigner. I still have a lot of family in Portugal, especially in the north. Whenver I have a chance to go and see them, I do."

"We have the world's best player in our squad. We have an awesome squad, too, who play excellent football. And there is also a spark in the side, the kind of spark you need to change the course of a match. That;s Ronaldo's objective. He will be there to play with us and we'll be there to support him… on paper, ours is a straight-forward group but I'm sure it won't be in reality. The other sides will want to knock out the group's big team. I think we will be the second-best supported country after France. There will be a lot of fans to support us during our matches."