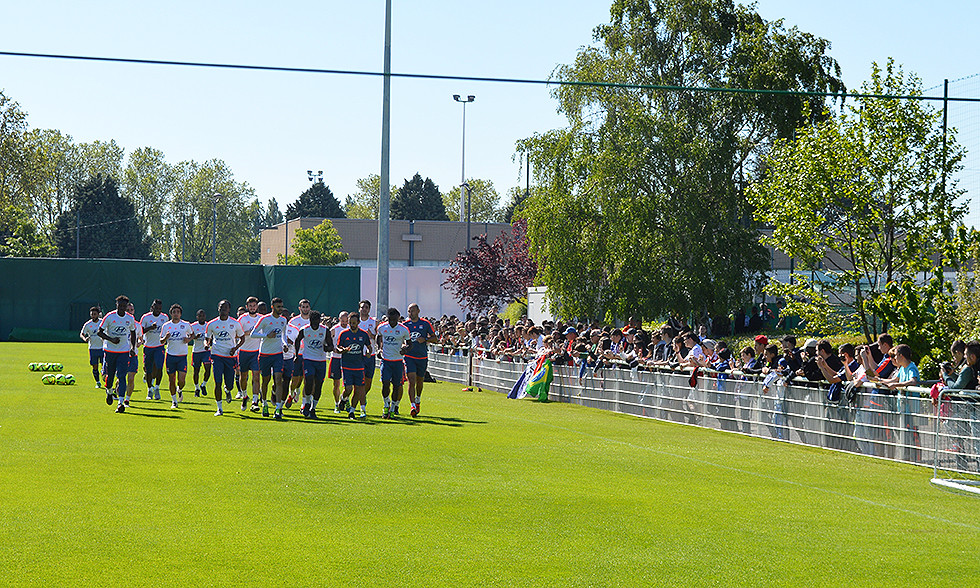 Two days away from the highly anticipated clash with AS Monaco, Lyon had a final public session at the Tola Vologe training centre on Thursday.

The morning session was held in front of more than 300 fans - and 50 lads from the Kop Virage Nord supporter group - who had gathered at this final public session before penultimate match of the season - an initiative of which coach Bruno Genesio approved: "We're very happy that our fans have mobilized as this very important match looms. I wanted us to have one last chance to be with our fans before Monaco come to visit, because our fans have played a huge part in the results we have been getting lately."

The OL coach also had good news in the form of Mathieu Valbuena's return to full-squad training. The OL forward trained normally in a light session 48 hours out from the match, doing a 20-minute jog followed by some athletic work and various drills. On Friday, Maxime Gonalons and co. will have their final pre-match session behind closed doors, after which the squad for the crunch clash with Monaco will be announced.