Pole position up for grabs! 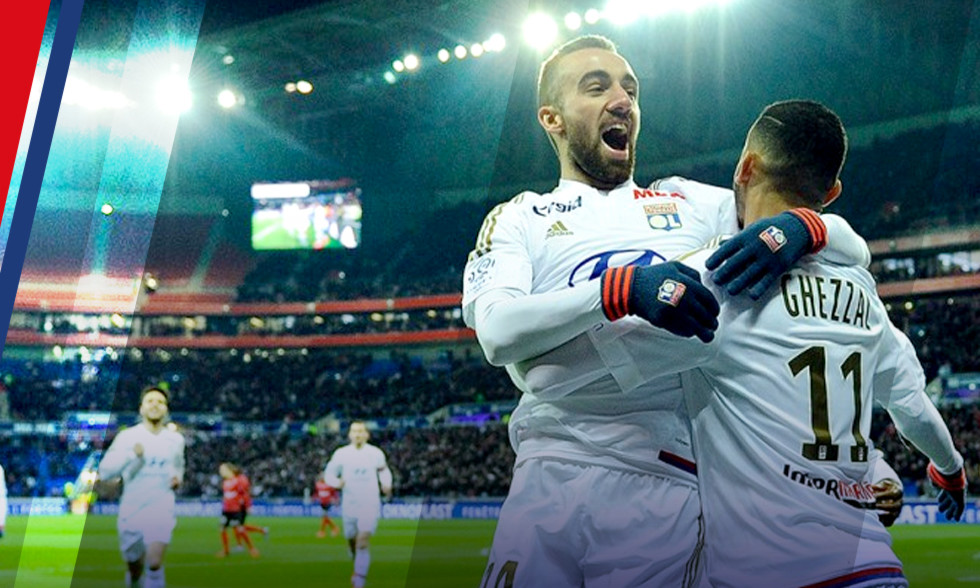 This match against the Aiglons could provide a huge windfall for OL but also for Ben Arfa and company… Both sides are eyeing a podium finish - at least - with second place behind PSG the real prize.

There is little question that these are two of the competition's form sides at the moment - the two teams to have risen to the top behind the Paris Saint-Germain juggernaut. They have both endured tough spells this season, with OL's the longer of the two before a change of coach at the winter break turned things around. What a pleasure it is now to see them playing with this desire to play slick football, score goals and win matches. OGC Nice favour a 4-4-2 formation with a diamond midfield while OL remain true to the club's traditional 4-3-3. A collective of individual talents. Hatem Ben Arfa  is coming off another superb performance, this time featuring a hat-trick to hammer Stade Rennais 3-0. He is without a doubt the south-coast club's danger man, but one cannot neglect the threat posed by N. Mendy, Germain, Pléa, Pereira, Pied, Seri, Koziello... Claude Puel has accomplished his mission. Eight of his current first-team regulars weren't even at the club last season! Jérémy Pied has been converted into a full-back! Cardinale has replaced Hassen in goals! OL are on a fine winning streak and have taken 29 points since the turn of the year; they are undefeated at their new stadium (they have only dropped two points there, drawing with OM); and they are starting to get results on the road. What's more, they’re scoring goals… Lacazette, Ghezzal, Cornet are turning defences inside out... Darder, Ferri, Umtiti and Yanga-Mbiwa are in top form… and Lopes is always there to clean up when needed. Bruno Genesio has just seen Nabil Fekir return to his squad while Valbuena has been a super-sub since recovering from injury and Grenier is still fighting to get back to his best.

So this top-of-the-table clash holds a lot of promise as the two ambitious sides clash on Friday night. It will be a crucial 90 minutes in terms of how the European places are distributed - mainly in terms of who finishes second behind PSG and claims direct Champions League qualification. OL currently have a two-point lead over Nice. It's easy to think that this match could be decisive for either side even though there are still four matches to come and Monaco still have their role to play in the race for the two remaining Champions League spots (third place wins a spot in pre-season qualifying). Monaco have been off-colour of late but could turn things around this weekend against a struggling OM outfit. And in the interests of full disclosure, it must be said that Rennes and Saint-Etienne are still in with an outside chance of spoiling the party.

This headline Week 34 promises to be a thrilling match. Perhaps it will not be decisive but it will be terribly important, placing as it will one of the two sides in the favourable position as the season draws speedily to a close.

Obviously another OL win is expected. Home-ground advantage is a considerable element, as is the team's extremely positive dynamic. Having fought back from ninth place at the winter break, the seven-time French champions have eliminated self-doubt. Bruno Genesio will have a complete squad to choose from  - with the possible exceptions of Jérémy Morel and Rafael - and will have some tough choices to make. Could Valbuena and Tolisso start? Nabil Fekir will more than likely start on the bench. Claude Puel is unlikely to change a starting XI who were so brilliant against Stade Rennais. The battle in midfield could dictate the terms of the match. Who will dominate possession? Which full-backs will make more of a mark? Can the strike partnership of Germain/Pléa get the better of OL's central defenders? Can Ghezzal and Cornet, or Valbuena, work their magic on the Nice defenders? And the we have. Of course, Alexandre Lacazette and Hatem Ben Arfa. Each has 16 goals in the current campaign - not to mention the quality to make the difference with one move… or one goal.

This headline Week 34 promises to be a thrilling match. Perhaps it will not be decisive but it will be terribly important, placing as it will one of the two sides in the favourable position as the season draws speedily to a close. For the moment, OL hold all the cards for a dream ending to the season, and its up to Bruno Genesio's men to keep it that way against a remarkable Nice outfit.