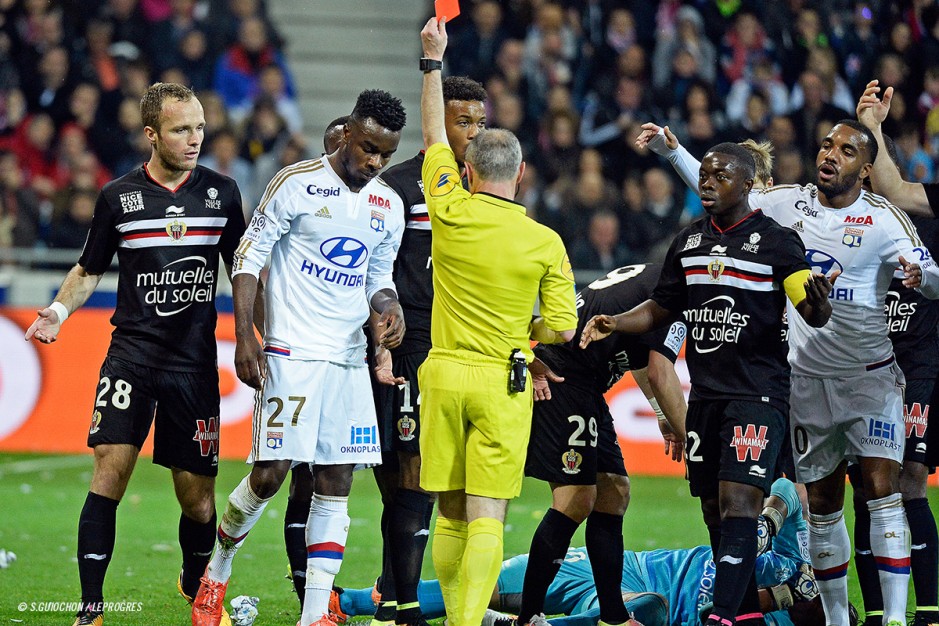 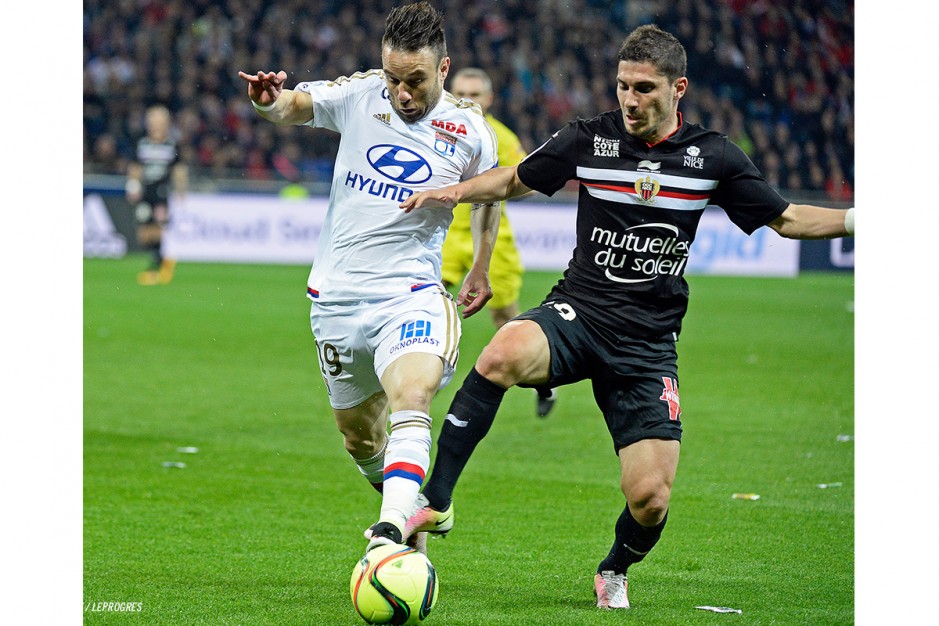 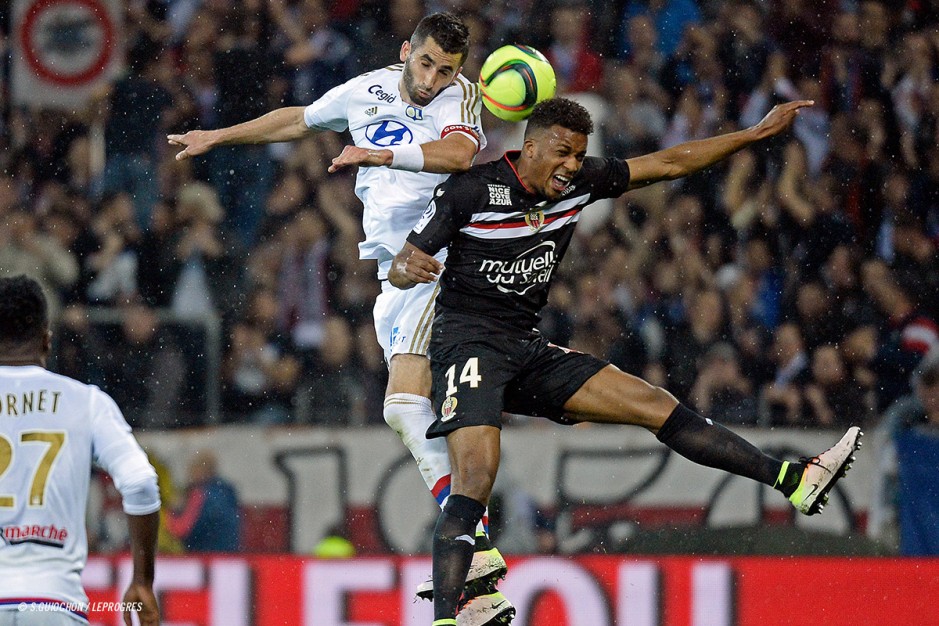 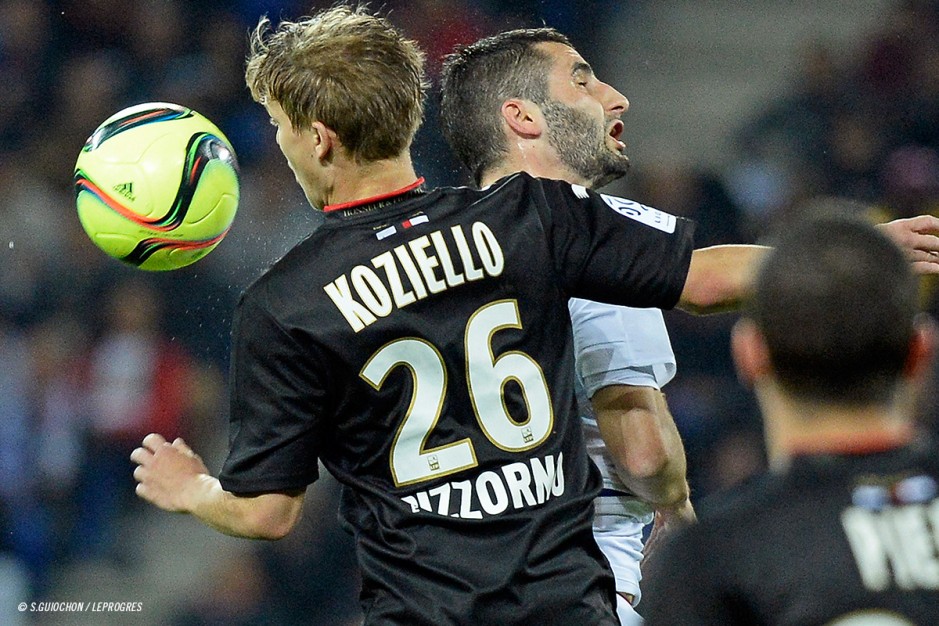 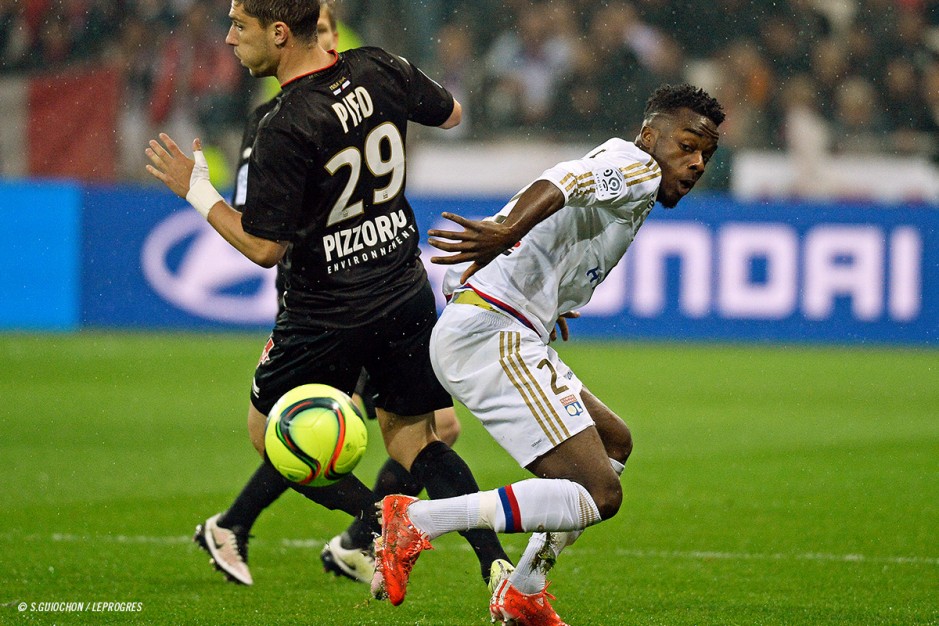 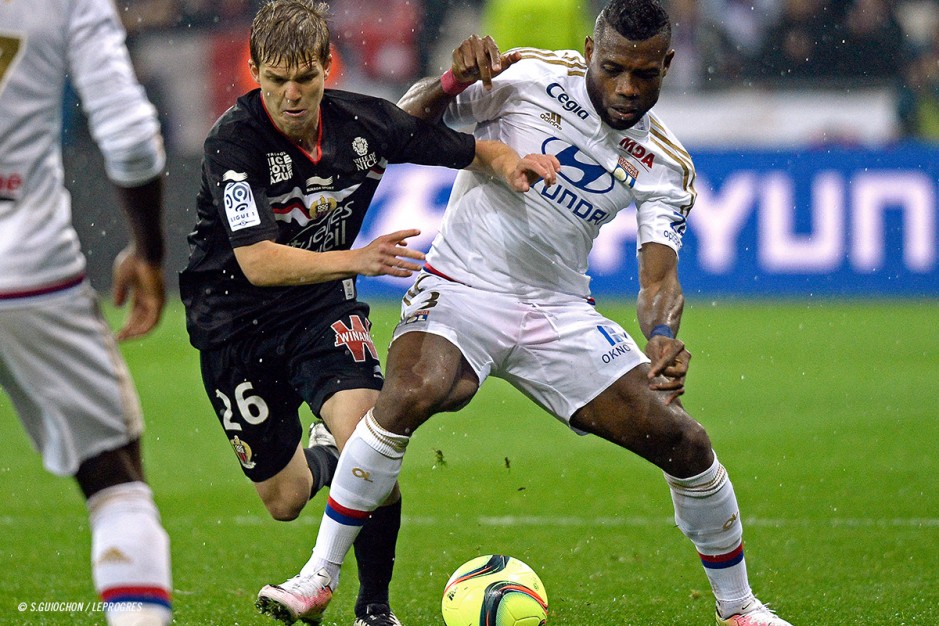 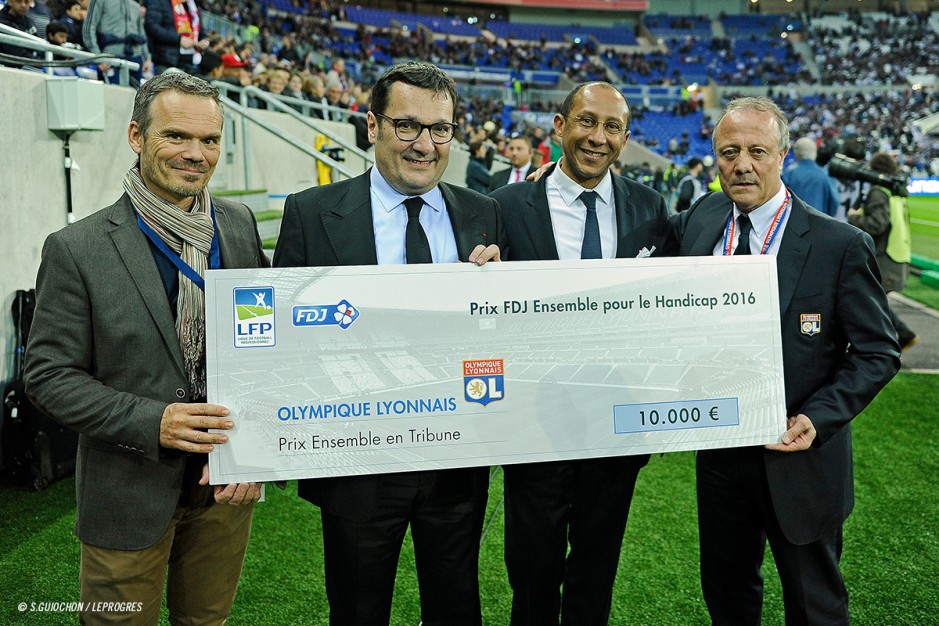 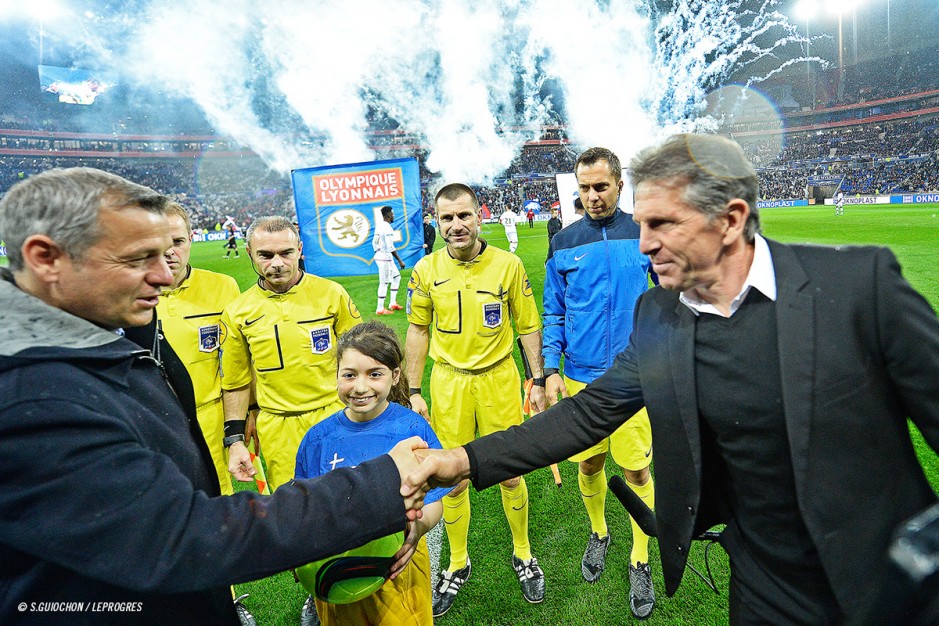 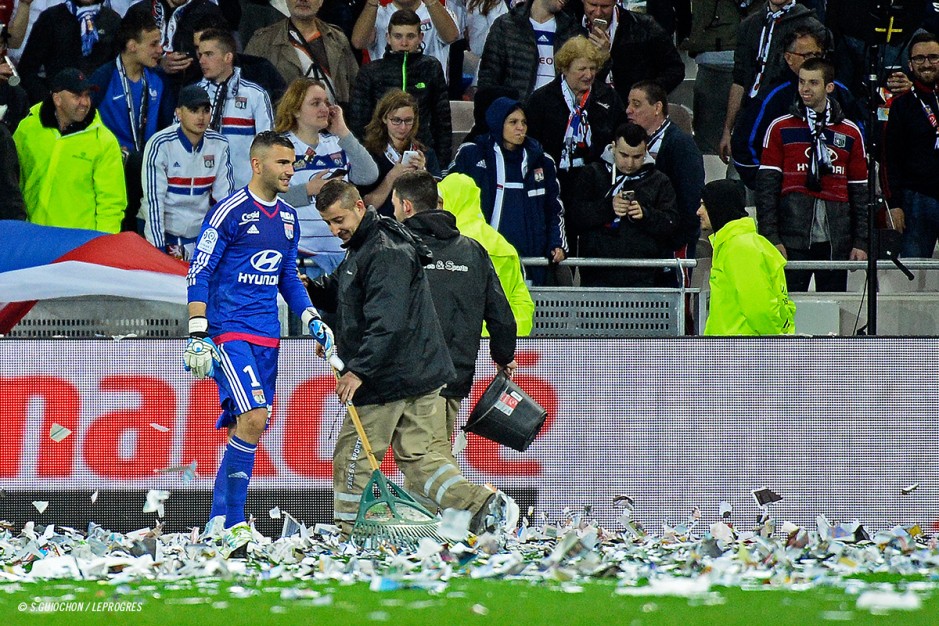 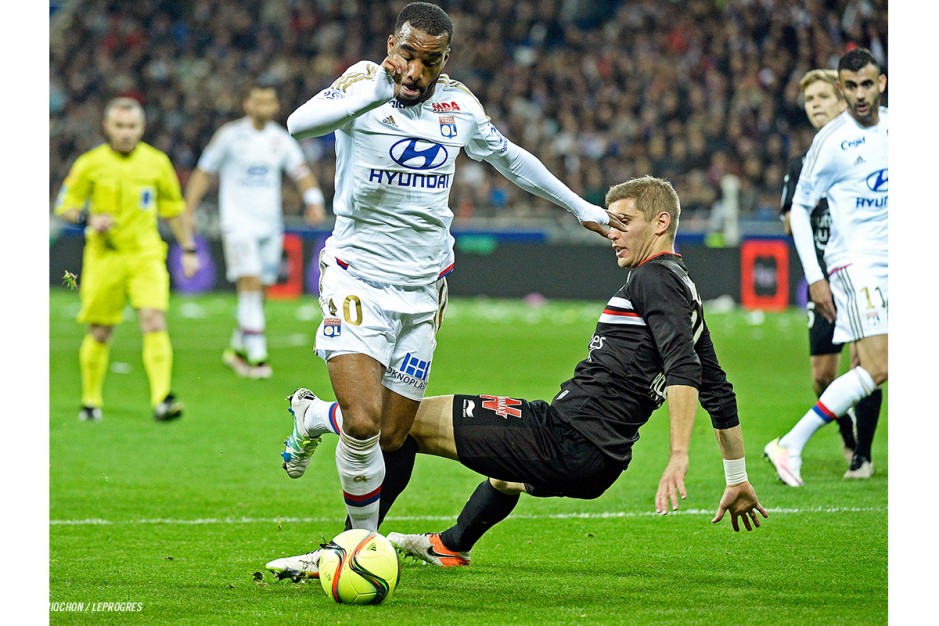 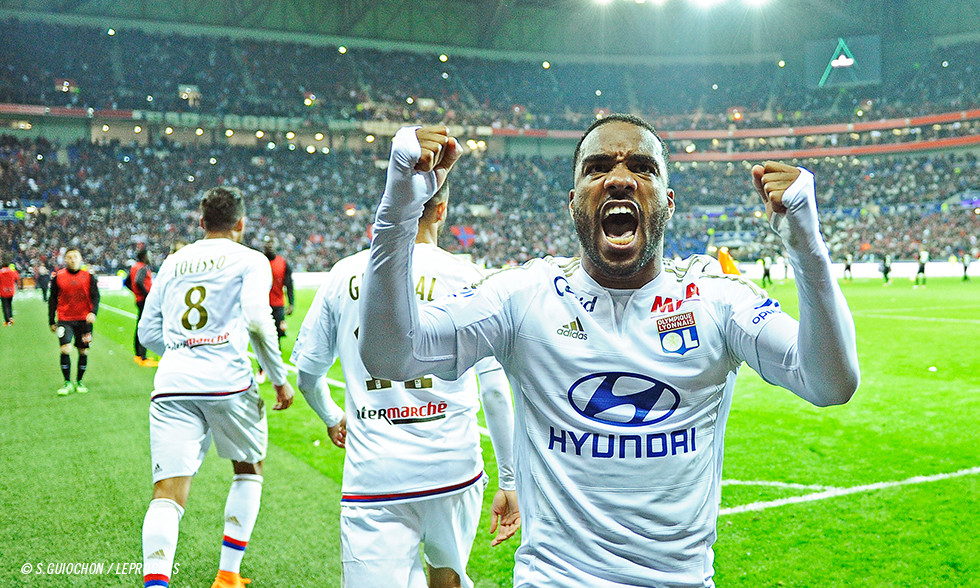 After quickly falling a goal and a man down, OL showed a lot of heart to get back in the match and catch Nice. They could even have won it as they finished the second half with a wet sail, but the point from the draw was enough to keep OL masters of their own destiny.

The Parc OL was sold out for the fourth time in its young history as this eagerly anticipated match kicked off and OL pressed hard against a Nice side who struggled to really get going despite dominating possession early. From a Ghezzal free-kick, Lacazette fired the first shot of the match but his header went wide. Germain responded in kind… and to better effect, rising to nod Pléa's in-swinging cross into the back of the net (18'). Cornet was sent off for a dangerous tackle on Cardinale, complicating matters for an OL side reduced to ten men even before they had really gotten into the match. Valbuena replaced Darder. Ben Arfa flashed a shot wide. Nice rolled their sleeves up and fouled Lyon repeatedly in a bid to shut down their offensives. From an ideal position, Ferri failed to find the target when presented with the opportunity to level the scores after Ghezzal had led a counter-attack. It was the best chance of the first half for OL, who hadn't got any of their four shots on target and who paid the price for a timid start to the match by conceding a goal and having a man sent off.

Lyon came out swinging in the second half, but it was Lopes who was called into action first, the Portuguese doing well to block Pléa's powerful shot. OL pushed forward and exposed themselves to the danger being countered, but Nice struggled to make the most of their opportunities to hit on the break. Jallet burst forward but his volley hit the outside of the side netting… as did Lacazette's effort shortly afterwards. The game was interrupted to clear confetti off the pitch and as the match resumed, Ben Arfa unleashed a sublime free-kick that scraped the post. Lacazette fired directly at Cardinale after mesmerizing the Nice defence in the area. Valbeuna saw his free-kick crash off the cross-bar, but Lacazette was on hand to tap the rebound home (83'). Fekir came on for Jallet, with Tolisso slotting in at right-back. Lyon had turned the match around and laid siege to Nice's goal. Cardinale denied Gonalons' header. Lyon pushed and pushed… but in vain.

OL started poorly and paid for it with a goal and a red card, but Bruno Genesio's men showed incredible mental strength to change it up in the second half, equalizing and going close to taking all three points at the death. OL remain in second place - ahead of Monaco clash with Marseille - and still have their destiny in their own hands as the race for second place reaches fever pitch.