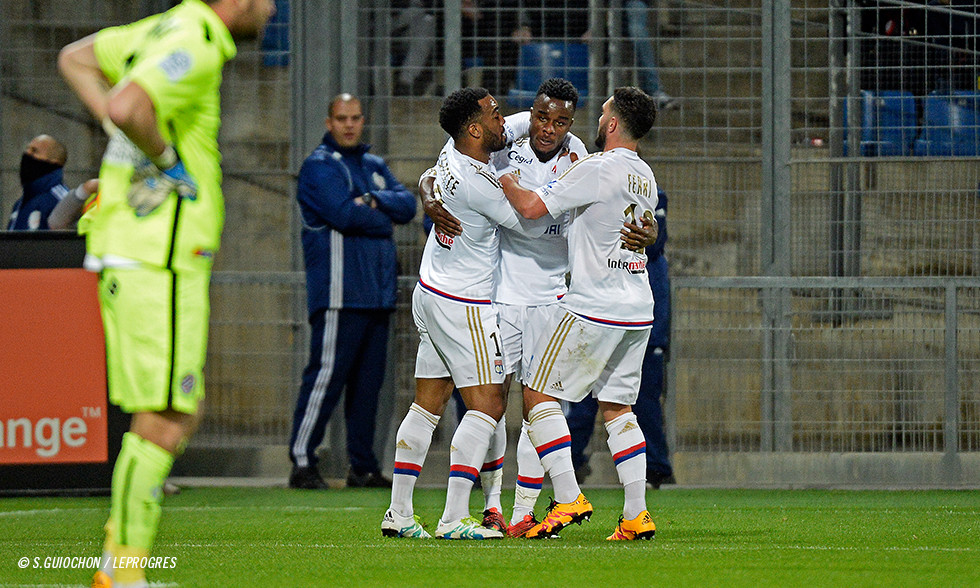 In Montpellier, Lyon delivered a more accomplished performance then they did in Lorient to clinch a second-straight away win, a victory that came thanks to a double from Cornet and which sees them into provisional second place. Nabil Fekir's return to action was the other good news.

In the opening minutes, Montpellier's strong start and 4-2-3-1 formation hampered Lyon's efforts to construct their play. OL used the ball better but still struggled get close to the home side's goal and it was Montpellier who looked to capitalize by getting forward quickly whenever they could. Lopes dived to turn away Yatabaré's header. Ghezzal's skidding angled shot ended up in the gloves Jourdren, the OL forward having rushed his shot somewhat. Chances continued to fall for both sides but Lopes was vigilant. Lacazette won possession high up the pitch and found Ferri, who played the ball into space for Cornet to pounce and send his shot around Jourdren (34'). The youngster clinched his double shortly thereafter, capping a delightful team move - and Alexandre Lacazette's killer final ball - with a clinical finish (40'). Lyon had needed some time to take the upper hand in a first half that had started out balanced, and by the end of it they were fully in control and two goals up.

Montpellier looked to hit back after the break after rough ending to the first term, but OL's stoppers were unplayable. Lacazette volleyed wide. Lopes pulled out two big saves to deny first Sanson and then Camara. Darder, pulling the strings going forward, made way for Tolisso in order to shore up OL's solidity in the middle of the park. After a slight dip, OL got back in control and carved out a huge chance - only for Lacazette to lose out one-on-one with Jourdren and miss the chance to really kill the match off. Fekir made his return to Ligue 1 action  -after seven months - as he played the last five minutes. He broke through Montpellier's defence and found Valbuena, but the diminutive forward's shot was snaffled up by Jourdren. Fekir's attempted lob flew over the bar.

After the match started off balanced, Lyon slowly took control and Cornet converted their dominance by scoring a double. Despite a few lapses and thanks to a great performance from Lopes, OL cruised through the second half and held out for a second away win on the bounce. OL climb to provisional second place and wait to see the result of Monaco's trip to Lille. Fekir played almost ten minutes and showed some real promise. All good!