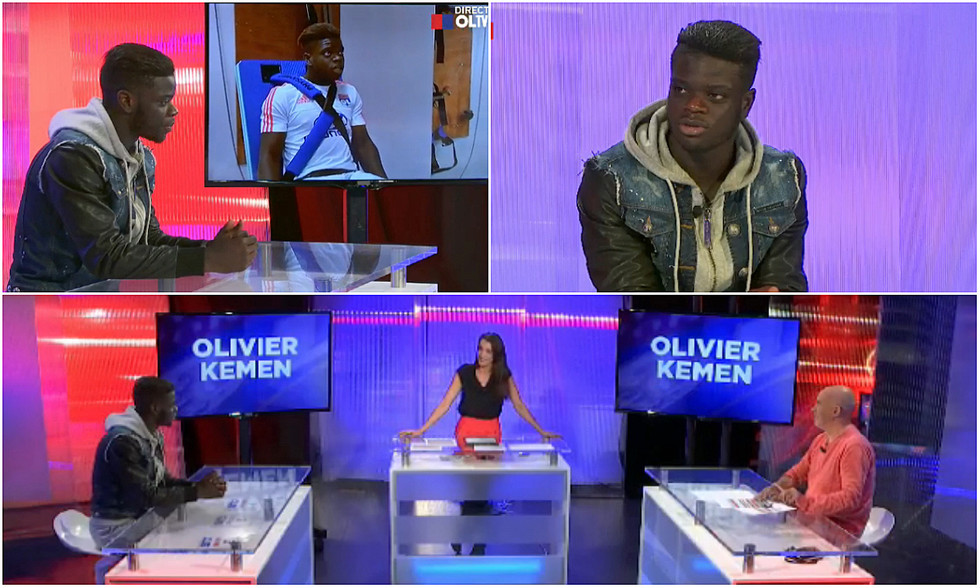 The 19-year-old midfielder was the special guest for Héloïse Basson and Serge Colonge, talking about his form, his first steps with Lyon and his first minutes with the senior team, against PSG.

My arrival at Lyon

"I feel great here. I'm in a great city and a great club, so everything's going well for me. I really liked OL's project. I could have signed on two occasions when I was younger, but in the end my friends Maxwel Cornet and Mapou Yanga-Mbiwa convinced me. I have an attachment to this city. Mapou is like family to me; we’re really close friends. He will always be there for me. I met him at Newcastle and we became fast friends. It's really important to have a rock like him. In the match against PSG, he was my reference point."

"The atmosphere at the Parc OL during the match against Paris reminded me of the atmosphere in stadiums in England. I wasn't expecting that. The Parc OL is another world. It's a fantastic stadium. When we play at home, everything goes our way. The fans push us, they really get behind us. It's important to have this 12th man."

"It was a great showcase for me. I wore the captain's armband as of the U18s. It's a role that suits me well. I like having that relationship with the players and the staff. It's not yet the moment to be thinking about France's senior team. I'm only 19. I'm proud to wear the shirt."

My first steps with the senior team

"It was against PSG. I didn't have the time to feel under pressure. I just got warmed up; I didn't second-guess myself. It was perfect. I came on and things just took care of themselves. I come from Paris and my family had arrived in Lyon that weekend even before we knew I would be in the squad. Training with the senior team gives you a lot of experience and when I play with the reserves it's put to the test. I need to show what I've learned with the senior team and put it into practice. It's not too tough to switch from one squad to the other. I scored in my first match with the reserves. I scored a lot with Newcastle so I don't really understand why I'm scoring less now."

"We're our own main rival. If we do it right, we'll get there. We just need to concentrate on ourselves. When we’re playing well, it's the other teams who are scared, not us."