Player of the Month: Rachid Ghezzal 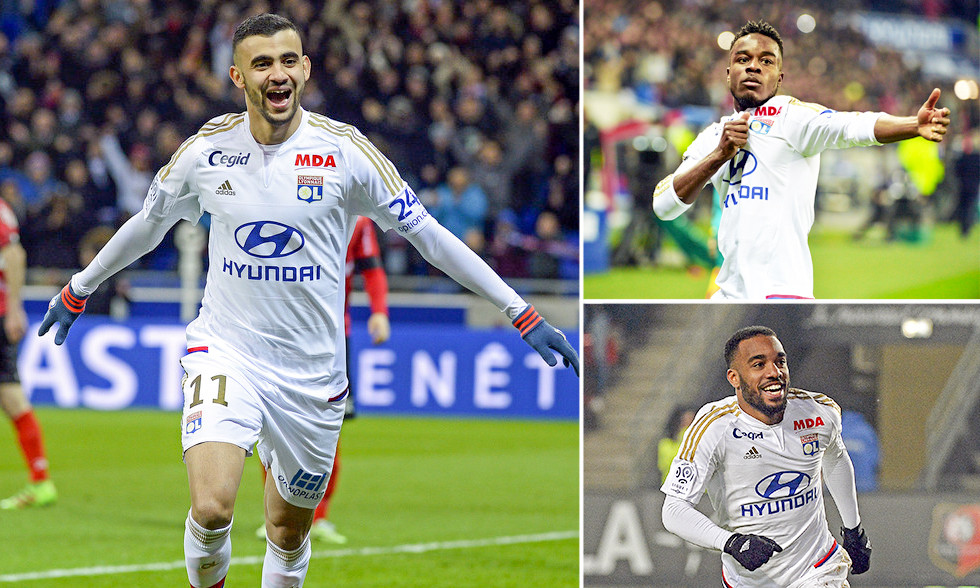 The readers of olweb.fr have chosen the OL left-footer as the Player of the Month ahead of his attacking partners Maxwel Cornet and Alexandre Lacazette.

43%. His contribution on Sunday night was just a splendid confirmation of the form he showed in the month of March. Decisive on two occasions in Lorient, Rachid Ghezzal has been brimful of confidence, thanks notably to the faith that the coach has put in him, as well as the five goals and four assists he has clocked in the league this campaign. In March alone, Rachon scored two goals and set up two others, in the space of three matches… with his show-stopping performance against Guingamp the pick of the bunch. He's a constant danger for opposing defences, with a left foot to die for, his ability to cut in and shoot some of the best curlers in Ligue 1. The Algerian international has taken his game to the next level this season and will surely be a major asset in the home stretch of the season.

26%. He has also been one of the surprises of OL's beginning to 2016. Often a replacement in during the first half of the season, Maxwel Cornet has made the most of the absences of certain of his teammates and nailed down a berth in the starting line-up. His magnificent Champions League in Valencia in December seems to have been a turning point for the youngster. A starter in every match in March, he played his cards right with a goal against Guingamp and the perfect assist for Ghezzal after a mazing 50-metre run against Rennes. The 19-year-old is going from strength to strength.

17%. Four goals in three matches in the month of March… Alexandre Lacazette is in the process of getting back to his clinical best in front of goal. His first performance in April - a double away to Lorient - was in keeping with this upward trajectory. His 15th and 16th of the season took him to second place on the scorers chart, which bodes well for the final sprint!