And in the end, OL won out… 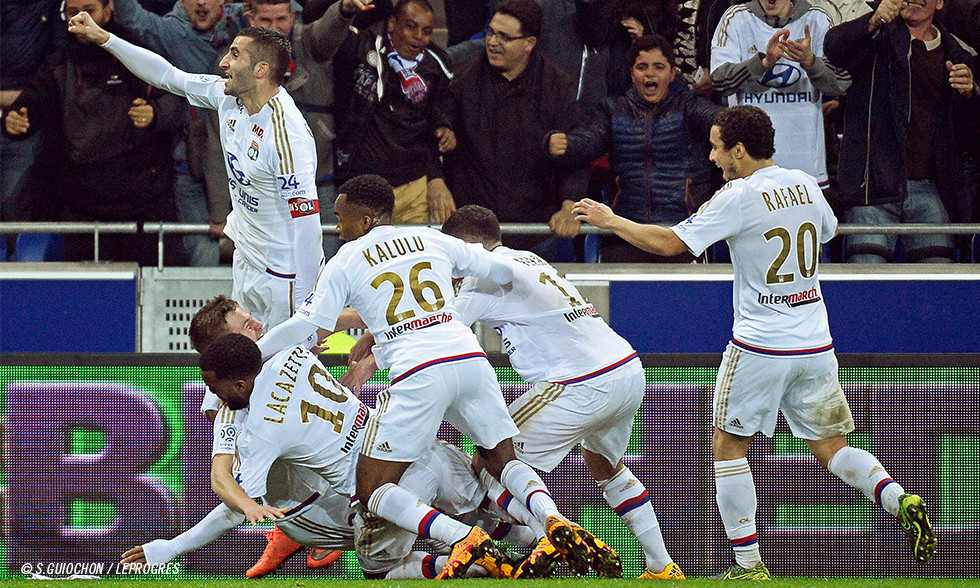 Bruno Genesio's substitutions paid off at the death, with Perrin scoring a goal just after coming on… OL came up with the good against a tough Nantes side… three precious points…

The two sides felt each other out in the early stages… but OL looked the keener to get forward and do damage.  Riou was the first 'keeper called into action, denying Darder. The Nantes glovesman then got a hand to a shot from the in-form Ghezzal that crashed onto the cross-bar. Umtiti then went within inches of scoring with a header from a free-kick. The Canaris were solid and managed to stymie most of what OL proposed. Tolisso fired wide after being played through by Cornet. Sloppiness prevented OL from troubling Riou and co. who were very compact in defence and hard-hitting on the counter. OL lacked precision and rhythm in the first half. 0-0 at the break despite three clear-cut chances for the hosts.

OL's difficulties in cutting through persisted as the second half began… and when OL did make ground, Nantes' defence stepped up to the plate. Ferri replaced a Tolisso who had been shut down by Cana. Nantes stepped up their efforts, trying their luck with some shots on goal, but failed to prove dangerous. Kalulu came on for Cornet. OL imprecision continued… as did Nantes defensive solidity. Thomasson even had a clear-cut chance with ten minutes left. Perrin replaced Darder and scored with his first touch after the invaluable Ghezzal had cut through and into the box! Genesio's substitutions paid off! Lacazette doubled the lead at the death, converting from the spot after a foul on Ferri.

It was tough, but in the end OL took all three precious points… OL kept Rennes, Caen and Saint-Etienne at arm's length. Maxime Gonalons and co. didn't show the same collective game as in recent matches… but in the home stretch of the season, points trump everything else.