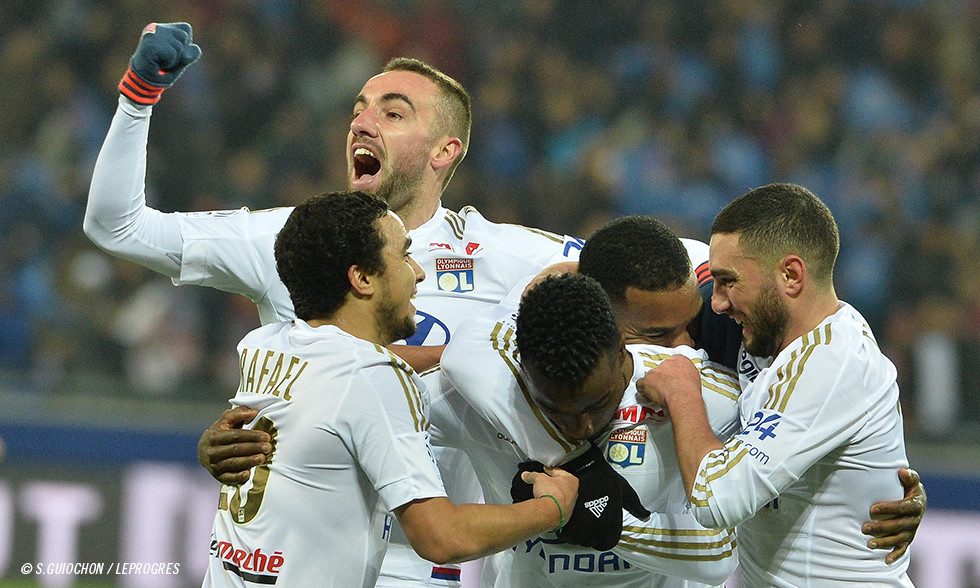 A high-quality collective performance got the better of the Parisian winning machine. OL struck a huge blow, broke into the top three and even got back into the race for second place… What an evening!

Too many big-name absences? PSG too strong? Neither of these factors played a part as OL stepped up to the plate in every area of the game, stopping the Parisians from playing their passing/possession game. OL dominated and PSG looked weakened by their hosts' ferocious pressing. Lyon got their reward early as Cornet lashed home after latching onto a delightful pass from Alexandre Lacazette. PSG were in trouble, no question… struggling in the face of OL's collective effort, led by tenacious midfielders Ferri and Darder. Motta hit Ferri in the face and only got a yellow card! PSG were in slow motion in their rare forays forward and prone to panic at the back. Just before the half-hour mark, Ghezzal only narrowly failed to convert a superb team move into a goal. OL let themselves go, with some free-flowing play threatening the champions. A huge first-half performance and a deserved lead for OL even though Thiago Silva saw his header saved by Lopes following a corner. Ferri went within inches of a second as he looked to cap off Cornet's barnstorming counter-attack. Ibrahimovic had a chance to score but Lopes got a touch to the goal-bound effort. What a half for OL, capped by a masterpiece from Sergi Darder, who made it 2-0 as he eliminated Thiago Silva with a sublime touch before lashing past Trapp! Exceptional!

Laurent Blanc replaced Stambouli with Pastore as the teams returned from the dressing rooms. OL maintained their spirit, but Lucas still managed to pull one back for the visitors. PSG looked for more, but it was Ferri who had the next chance thanks to a great pass from Cornet. PSG improved, but OL remained present and Ghezzal drew a fine save from Trapp. OL's intensity in the challenges and hunger for the ball was astounding. Kemen replaced Rafaël 15 minutes from the end. OL refused to give up despite the entry into play of Matuidi and the surging runs of Lucas and Pastore. OL ended the match with three central defenders as Bako Koné came on for Cornet… and ran out deserved winners.

OL managed to rise to the occasion and play with such intensity - for the full 90 minutes - that they eclipsed the Parisian juggernaut. By playing at this level, OL proved that, as their injuries and suspensions get back into action, they have what it takes to reach their objectives this season. A simply remarkable collective performance, with great individual performance as well, notably from Ferri and Darder. OL put paid to PSG's incredible domestic unbeaten run, which had been going since March last year. A mammoth achievement justly rewarded with a climb to third place on the table.