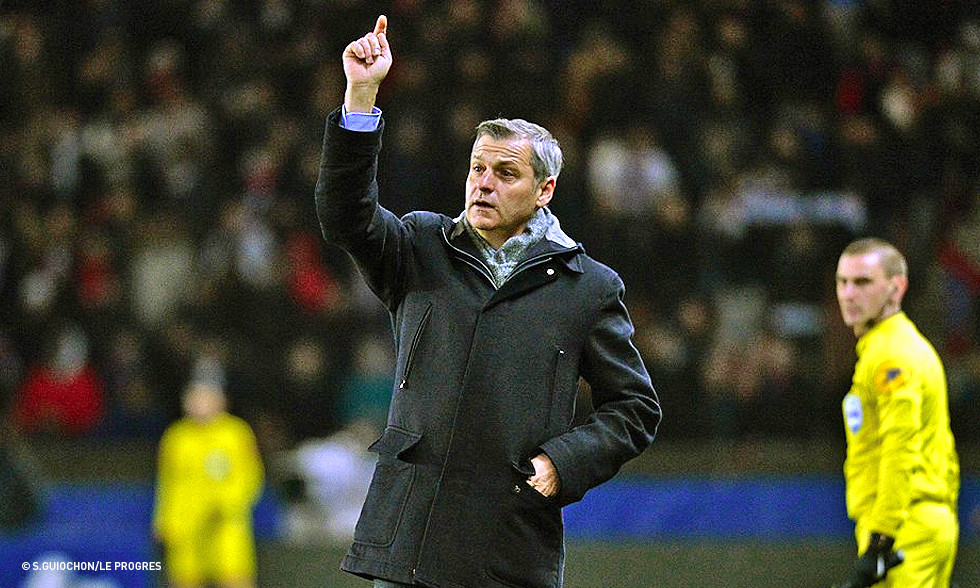 The Lyon coach once again spoke about PSG, two days out from OL's fifth meeting of the season with the capital club.

"On top of the suspensions, Tolisso is still out of action. He's doing better. We hope he'll be available next week. Valbuena won't play; he injured his hamstring yesterday morning. We don't yet know how long his absence will be. Rafael will be operational for this match. Has Jallet been available, we would have done things differently. He trained all week and has no pain. For sure it's not the best way to get back into action, but he has an above-average mental game. Gonalons is doing better too - he's over his 'flu. But we have many faces missing, and now is the time to show the strength as a squad. We'll be relying on our fans to push us on for 90 minutes. I'm counting on the players and I have faith in them."

"We have lost four times to them this season: two matches where we didn’t turn up and two others that were much better. We need to strike a balance between the two cup matches. We need to reproduce the good things we did in the Coupe de France and the Coupe de la Ligue. Everyone knows what PSG's strengths are. We need to find a way to do for 90 minutes what we have only been able to do for an hour before."

B. Genesio "If you look at PSG's stats, it's frightening, but we'll do all we can to beat them." #OLPSG pic.twitter.com/OUeaNQIO2T

"It's a real blow. He's a keystone in our defence and I'll have to change quite a few things at the back. The other players have shown that they have what it takes to fulfill their own roles. I have faith in them"

"It's a change. We now have more time to work on tactical details. I've had a look at certain partnerships. It's a plus. But they have had a full week as well. We'll have to turn in a performance of Champions League quality if we want to worry them… I hope that we'll have the gas in the tank to keep pace and keep pressing them high up the pitch, because that's the solution."

The nerves in Lille

"I have a few ideas as to what happened. We talked about it. You could also say that starting the game so poorly got us into a nervous state. But that wasn't the kind of behavior I expect from my team. It never helps you; it's bad for your play and bad for the result. We need to fix that. We started the match badly and we fell into a downward spiral in stead of continuing to play our game."

"Our objective hasn’t changed, even if it does look a little bit idealistic now. The league is very close. Monaco have a very tough schedule, even though ours is by no means easy. We need to keep it in mind that we have to be neat the top three when we come to the final five matchers of the season. The objective is to claim a European berth."