Not much to be done 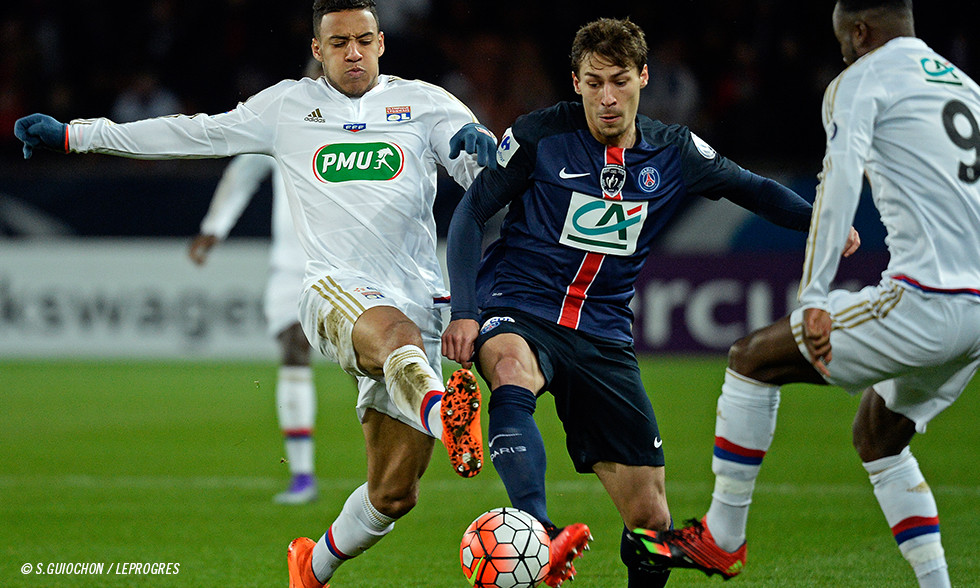 PSG, helped on by two off-side goals, did for Olympique Lyonnais with a couple of quick moves despite OL's good start to the match… OL lacked effectiveness at both ends of the pitch… now attentions return to the league…

Lyon were right in the mix as the match began. Paris were frustrated by OL's pressing game and struggled to prove dangerous, although it was Cavani who had the match's first effort on goal. But he fired wide… still, it was a scoring chance set up by some poor placement in the OL defence. Then Morel rescued a complicated situation for OL. Umtiti received a yellow card for a foul on Lucas. Cavani just missed capping a superb team move sparked by the pace of Lucas, a real thorn in OL's side. PSG took the upper hand notably by directing their play out wide. Sirigu was forced into a superb save from Cornet's curling shot, OL's first of the match (39'). No goals in an indecisive first half during which OL executed their game plan well.

A slow start. An OL counter handed Darder a chance. Lopes saved before being threatened by Ibrahimovic. OL pressed high stymied PSG's game. Umtiti was forced to clear  from Maxwell's cross. Then Ibra opened the scoring from a superb Lucas cross that found the OL defence poorly positioned. A goal from the match's first on-target shot… the OL defence's poor communication led to their being exposed several times. And then, as if it were a training drill, Ibrahimovic doubled PSG's lead after a burst from Maxwell, a touch from Lucas and a pass from Aurier. Di Maria replaced Ibra. Lacazette failed to make the most of a chance to reduce the deficit. Grenier replaced Darder. Rabiot widened the scoreline from a Maxwell cross despite being in an off-side position. Lucas hit the post…

Lyon are now obliged to focus their attentions on the league if they are to get a ticket into Europe next season. Well beaten by a PSG side for whom the mercurial Lucas led the way as they turned in a much more implicated second-half performance, OL were disadvantaged by the refereeing decisions for the second two goals… but on the whole, even with some big names out, PSG showed their superiority without having to try too hard, while OL lacked the impact in attack and consistency in defence.