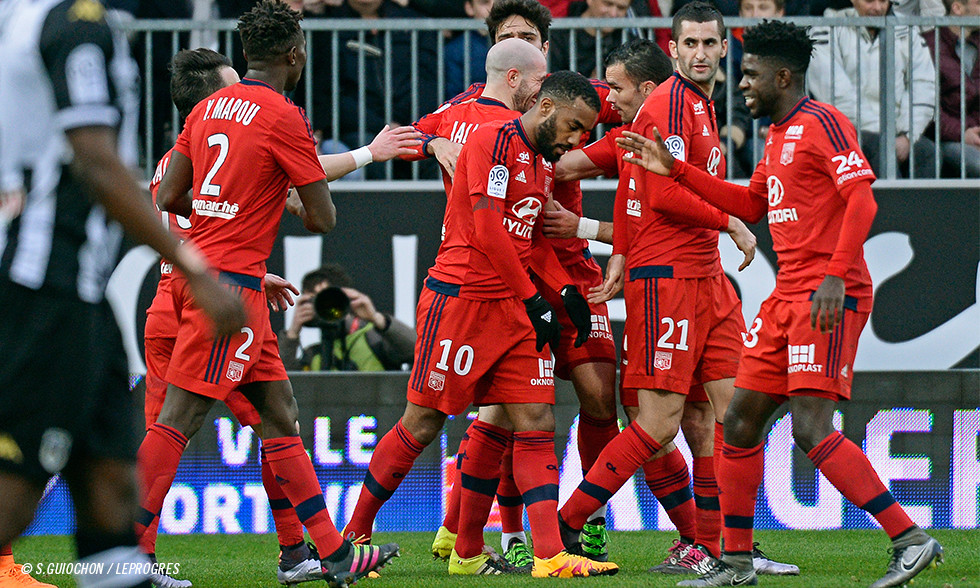 A man up from the 15th minute, OL got the job done with hard work and cutting edge up front… great news in terms of points, and finally two wins in a row… a very nice afternoon in Angers…

Kalulu was injured during the warm-up, Valbeuna started… OL put the pressure on right away, with Tolisso having a shot blocked. OL put their game in place; SCO played on the counter as soon as they won the ball, with Yattara trying his luck but fluffing his lines (11'). But, after a scramble on the left-hand side of the Angers defence, Jallet curled his effort superbly into the back of the net (13'). Mangani saw red for his knock on Tolisso! Everything seemed to be going OL's way. Angers struggled to stay in the match. OL took their time and passed the ball around without really creating any chances on goal. OL took advantage of their numerical superiority, but there was nothing more major that transpired in the rest of the first half.

Barely time for the two sides to take the field before Ghezzal scored a splendid second goal for OL, cutting back in on his left foot. OL sped up their play. Tempers came close to fraying between Jallet and N'Doye… and on the home bench, where assistant coach Le Dizet got pretty worked up. OL continued to show a certain imprecision in their choices… things got a little sleepy. Valbuena tried his luck three times without getting an effort on target. Cornet replaced Lacazette. From a long goal-kick from Lopes, Valbuena found a superb through-pass for Tolisso to bag OL's third of the night.

The win saw OL finally put together consecutive positive results, close the gap behind OGC Nice and Angers SCO while awaiting the results of the rest of the weekend's action. OL remain nine points behind second-placed Monaco, who won earlier in the afternoon. Against Angers, OL made the difference quickly and took advantage of their numerical superiority before making the break just after half-time and then killing the match off completely in the dying stages. Great for the points tally and also for the confidence. OL regained the cutting edge that had eluded them before these last two matches. The result: six goals scored and none conceded!