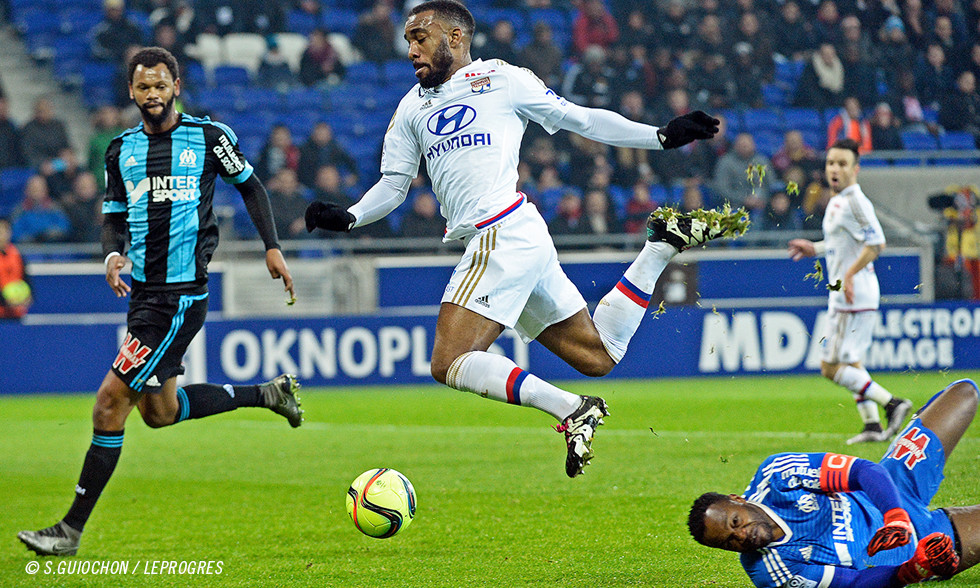 This draw does little for either of the 'Olympic' sides… OL couldn't convert their domination, with Mandanda in excellent form and OM looking dangerous on the counter…

The match was fast-paced from the off, with no-one shying away from the challenges. Lyon pushed high. Darder blocked Rolando's header on the line (6') after a corner! OL dominated and set up shop in OM's half as the visitors played deep. OL dominated possession, smothering OM and moving the ball around patiently. But Lopes was forced to save decisively from Nkoudou as OM used their preferred weapon - the counter-attack. Gonalons and his teammates pressed less as the half wore on… while Mandanda's side grew in strength after 20 minutes. An entertaining match in which a balance between the sides emerged. It was end-to-end stuff, with OM hitting the post! Nkoudou's pace on the left flank hurt OL each time. Ghezzal drew Mandanda into action (35'). OL found it tougher to create chances, struggling to get in behind the visiting defence. OL ended the half on top but without scoring. It was an entertaining first half with two different styles of play on show.

It started somewhat tepidly, with a few too many unforced errors… Umtiti's effort was blocked after a corner. Mandanda pulled out a miraculous save to deny Valbuena's free-kick. And then Cabella opened the scoring, played in by Batshuayi. Tolisso and Kalulu replaced Darder and Grenier. OL had more presence in the middle. OM continued to threaten on the counter… while OL tried to convert their dominance into goals. OL set up camp once again in OM's half… and equalised through Tolisso after a free-kick for a non-existent hand-ball by Manquillo. OL went after all three points. Cornet replaced Ghezzal. Mandanda once again proved heroic… Tolisso missed a chance to claim the win… OM had dropped back too deep after their goal and were in danger right to the end… but OL couldn't capitalise.

Honours even and perhaps it was a case of two losers… OL showed character in getting the equaliser but lacked cutting edge on top of the fact that Mandanda was in excellent form. OL now find themselves nine points from second place.