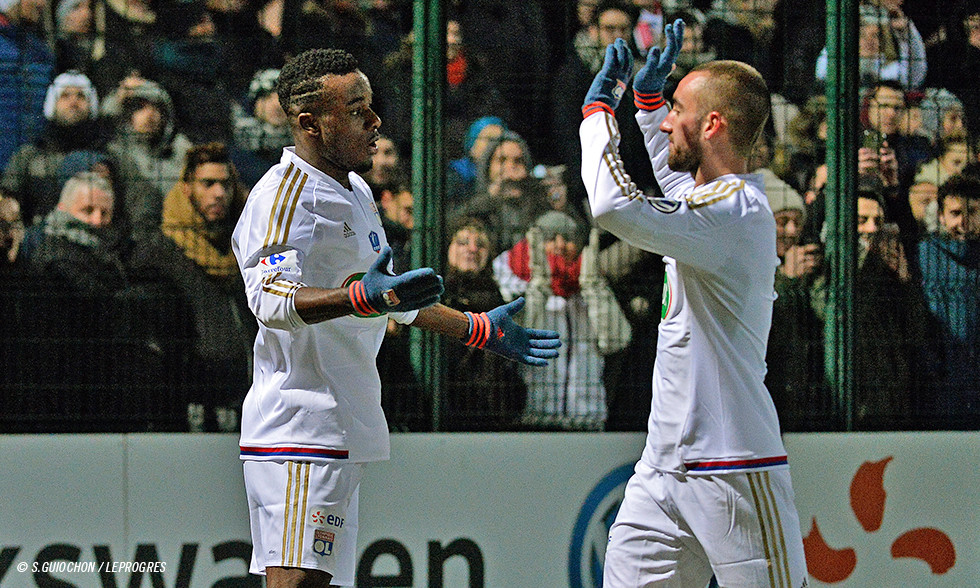 On a difficult pitch, Lyon did the hard work to get past Chambly. They scored two quick-fire goals in the first half before taking complete control of the game through sheer discipline and hard work. OL are through to the Coupe de France's last 16.

The home side kicked off on a tough pitch that was partially frozen solid. They didn't touch the ball much but left very little space to work in in their half of the field. But a fine piece of dribbling from Darder allowed the Spaniard to lose his man and deliver a superb assist for Cornet, who only had to tap into an empty net (0-1, 20’). And then it was almost a carbon copy as Lacazette set up Valbuena, who finished from the middle of the area (0-2, 22’).

Lopes saved with his foot as Chambly carved out their first chance of the match through Doucouré, and then the Portuguese stayed on the ground after taking a knock from Heinry on the ankle. Nonetheless, grimacing and limping, he resumed his duties, but he was caught out for pace by a long pass even though Rodrigo's toe-poke was off target. Chambly made the most of Lyon apparent moment of weakness to get their head above water. Lyon had largely dominated the first half, solid at the back and remarkably clinical up front given the state of the pitch.

Three changes at the break, but just one for OL - Kalulu on for Cornet. The first chance fell for Chambly, with a tight-angled shot turned wide for a corner by Lopes, who had bounced back from his earlier trouble. Lopes was once again on hand to drop smartly on a Rodrigo effort. Darder and Tolisso tried their luck from range. The home side looked to attack in the second half and couldn't be counted out, even though Lyon were dominant. Chambly, always looking to get forward, started to struggle physically. Lacazette, played through by Darder, missed a chance to make it 3-0. No matter though, qualification was assured.

Lyon never looked troubled. The two quick-fire goals in the middle of the first half made the job much easier. After proving clinical up front, Bruno Genesio's men also showed solidity at the back, concentrating and playing a responsible match that handed some valuable game time to the fit-again Rafael and Valbuena.