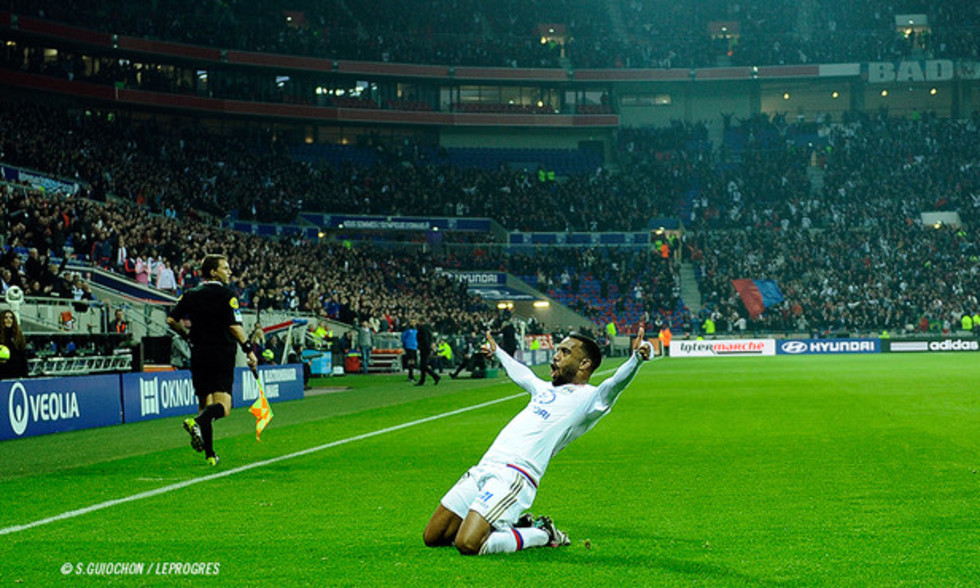 Lyon ran out 4-1 winners in the first-ever match at Parc OL thanks to three wonderful goals. Despite struggling at times, they dug deep and found the resources to swing the balance in their favour after Troyes' equaliser…

First half
Lyon kicked off the first-ever match in the new stadium. Ghezzal took charge of the first shot on goal before Troyes had even touched the ball. The visitors were smothered and couldn't get out of their own half. OL's start to the match was perfect - complete domination but the first clear-cut chance took its time to emerge. Lacazette showed all his talent as he raced onto Grenier's pass through the middle of the Troyes defence, feinting a shot before scoring the first goal at this beautiful new stadium with a deft angled shot (18'). He went close to repeating the feat seconds later, but then Troyes had a succession of free-kicks on the edge of the OL area, with Ngcongca going close with a header. Umtiti's overhead effort skimmed the base of the post. What an effort! Troyes began to get their head out of water towards the end of the half. Lyon awaited their second wind. Without creating too many chances, Lyon largely dominated the first half and were never in danger in the opening term.

Second half
Karaboué replaced Nivet, and the second half got off to a modestly paced start. Lacazette, played in perfectly by Tolisso, missed a chance to make it 2-0 when one-on-one with Bernardoni. Lyon's play was much less fluid than in the first term, but they got back on track thanks to a set piece, with Umtiti heading narrowly wide. Lopes prevented Troyes from equalising soon after, but he could do nothing when Camus blasted a snap-shot into the back of the net (68'). It was an almost deserved punishment for a Lyon side who had ceded control of the game to the visitors. Lacazette and Gonalons made way for Beauvue and Ferri. Ghezzal handed his side the lead once again with a superb curled effort (72'), and then Ferri followed suit wit ha magnificent right-footed shot (81'). Grenier's free-kick blazed narrowly over, while Beauvue's was repelled by the visiting 'keeper. But the former Guingamp man scored OL's fourth with the last move of the match, heading home (90'+3) before Bruno Genesio's men did a lap of honour around their new home.

Summary
Nothing was simple in this match, but Lyon got off to a great start by smothering their opponents and taking the lead. After that they struggled at time to play their game, but they found the necessary resources to help themselves to a big win - their first in the history of the brand-new Parc OL.