Not enough from OL 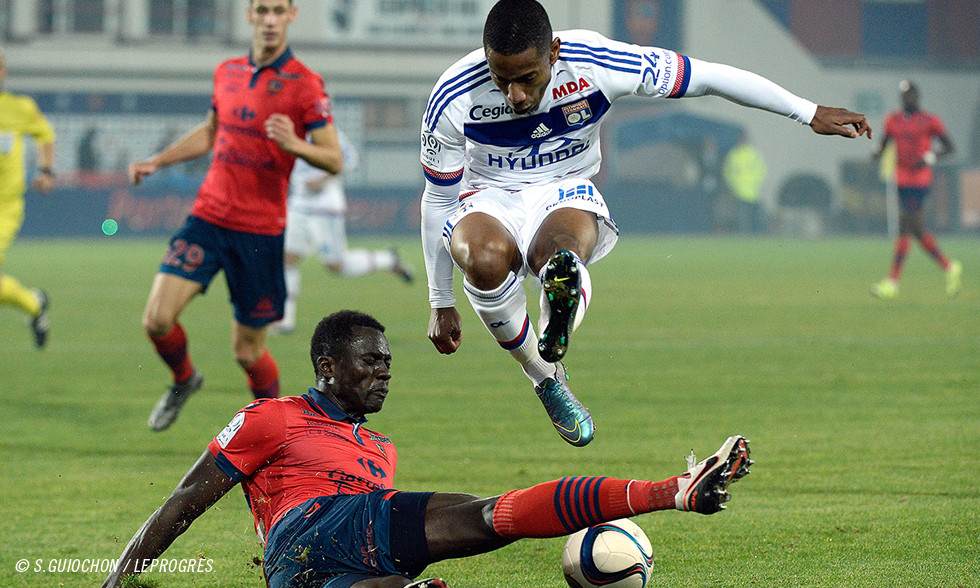 Application, movement, precision, determination… OL was found lacking in far too many departments to hope for a positive result in Ajaccio. Les Lyonnais were beaten 2-1, despite a fight back after the hosts' second goal... the winter break couldn't come quickly enough...

It was an intense opening as the early minutes were littered with fouls. Ducourtioux fired the first shot in anger, punched clear by Lopes. Antho then saved with his feet from Tshibumbu. OL had another let off when an Ajaccio goal from a corner was ruled out for a foul on Koné. Les Lyonnais were struggling…and then lost Rafael to injury. Tolisso moved to right-back as Ferri entered the fray. And it was the substitute that had Lyon's first chance with a long-range effort that flew just wide. The home side dominated and were showing much more desire in the challenges. Gonalons charged forward and played in Cornet, who took too long and his shot was blocked by a sliding Bréchet. In the middle of the Lyon defence, Larbi too easily found a shooting position just inside the box and slotted the ball home beyond Lopes (32’). Gazélec again got in behind Lyon with one pass, but fortunately Lopes was there again to deny Tshibumbu from three metres out. The first half ended with a chance to Beauvue - the only real scoring opportunity for OL in the opening 45 minutes.

Les Lyonnais, far from comfortable in their new formation, needed to be more aggressive, provide more movement, if they wanted anything from the match. But it was Gazélec that built on a promising first half. Tolisso's miss-hit cross floated just wide of the far post. With half an hour left, OL were yet show their hand... Ghezzal replaced Bedimo. On the counterattack, Larbi took advantage of a slip by Gonalons to race away and double the hosts' lead (67’). Grenier reduced the arrears with a header after good work from Ghezzal (72’). The goal came out of nothing, just when Lyon looked like it was game over... Gazélec brought on Filippi to further sure up the defence. Ajaccio looked closer to adding a third than OL to equalising. Boutaib dribbled his way to edge of the area before stinging the palms of Lopes. Game over...

A sixth match without victory for Les Lyonnais who finish the first half of the season in ninth place five points from the top three. Against Gazélec, they rarely threatened Les Ajacciens who were stronger technically, physically and mentally.