Gerland deserved at least that… 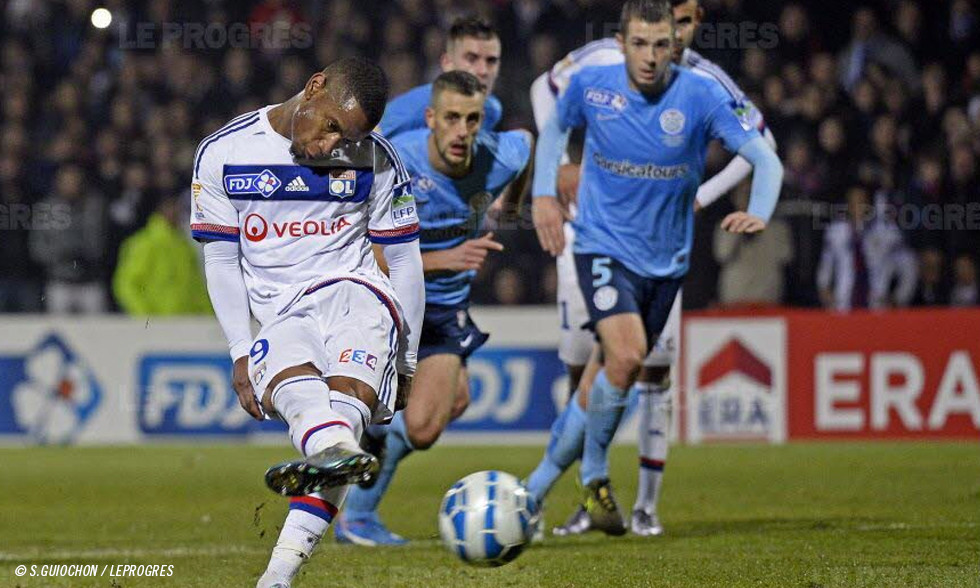 It may not have been the most spectacular performance, but OL defeated Tours 2-1 to qualify for the quarter-finals of the Coupe de la Ligue and sign off with a win in the last ever match at the Stade de Gerland.

It was Lyon that kicked off the last ever match at the Stade de Gerland. While the home side dominated possession, they failed to carve out a serious goal-scoring opportunity. The first fell to Ghezzal and Kouakou, just into the game, replied for the visitors. The goalkeepers were equal to both efforts. After a long period of observation, and a Ferri long-shot, Ghezzal was brought down in the area and earned a penalty that Beauvue tucked away (38’). On the counterattack, Darder sent a superb volley flashing just over. Tours seemed happy enough to sit back and defend and were only caught out by the penalty. Lyon would need to do a bit more to make the game safe in the second half...

Yanga-Mbiwa replaced Jallet. Tolisso moved right and Morel left. Les Lyonnais were almost caught cold at the start of the second period, but Gorgelin made a good save. Another alert, when Kouakou raced clear only to fire wide. Tours were looking a lot more dangerous than they were in the opening stanza. Cornet saw his effort skim Westberg's post. Ghezzal, was the next to miss the target from an excellent position. OL were finally punished when Tandia headed home Santamaria's cross (71’). Moments later, Kouakou missed the chance to fire Tours in front. Ghezzal's shot was blocked in extremis before Beauvue scored from Malbranque's cutback (85’). Les Lyonnais held on for the win… and the qualification!

Les Lyonnais didn't look a whole lot better than their recent outings, but this time, they didn't let their head drops after Tours equalised, despite some tricky moments. But it will take still more to get moving forward in Ligue 1 this weekend against Gazelec Ajaccio. That game maybe without Jallet who went off injured.