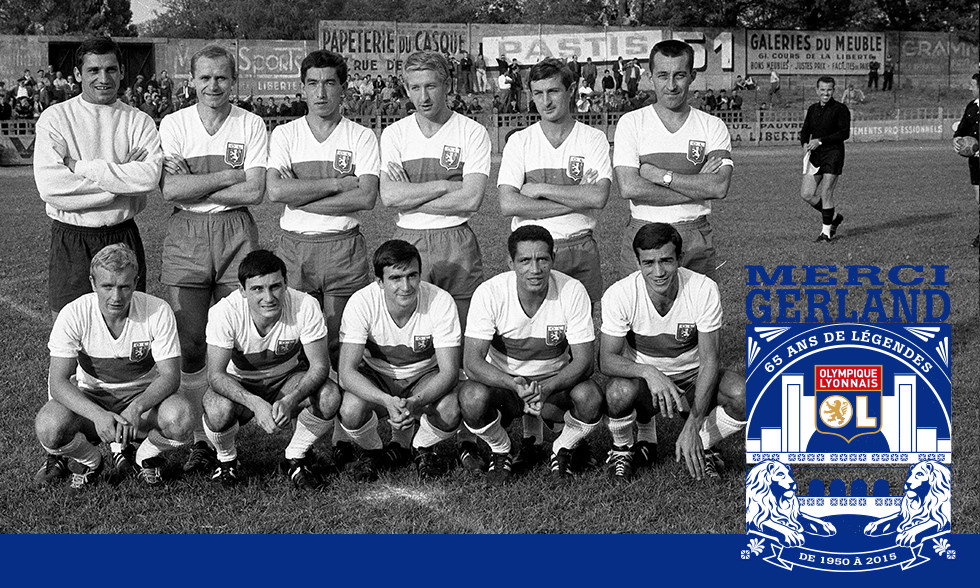 OL are in L1 and enjoy its first thrills in Europe thanks to two Coupe de France triumphs in three finals...

Fourth in 1963-64 - the club's best-ever Ligue 1 finish after fifth in 1962-63, and sixth in 1964-65 - OL were starting to emerge as a force to be reckoned with. Nestor Combin was joined in attack by Fleury Di Nallo… and then André Guy who finished top scorer in the league in 1968-69…Yves Chauveau joined the team after Marcel Aubour. The likes of Lucien Degeorges, Jean Djorkaeff, Jacques Glyczinski, Hector Maison, Aimé Mignot, Thadée Polak were still there… Aimé Mignot became coach in 1968 after Lucien Jasseron, Louis Hon…

OL reached the semi-finals of the Cup Winners Cup in 1963-64 versus Sporting Lisbon, and then a quarter-final of the same competition in 1967-68 against Hamburg… OL won its first silverware with two Coupes de France in 1964 and '67 after losing the final in 1963.

On Saturday, Le Petit Prince will be home… Chauveau, Aubour, Mignot, Djorkaeff, Degeorges, Glyczinski, Guy, Maison, Nouzaret, Polak, too. They will reminiscing... André Guy won't have forgotten the two quadruples he scored at Gerland against Aix and Bastia in 1968. He will have an attentive eye on Alex Lacazette who overtook him as OL's all-time leading scorer in a single season (25 and 27)