A bad night at the office 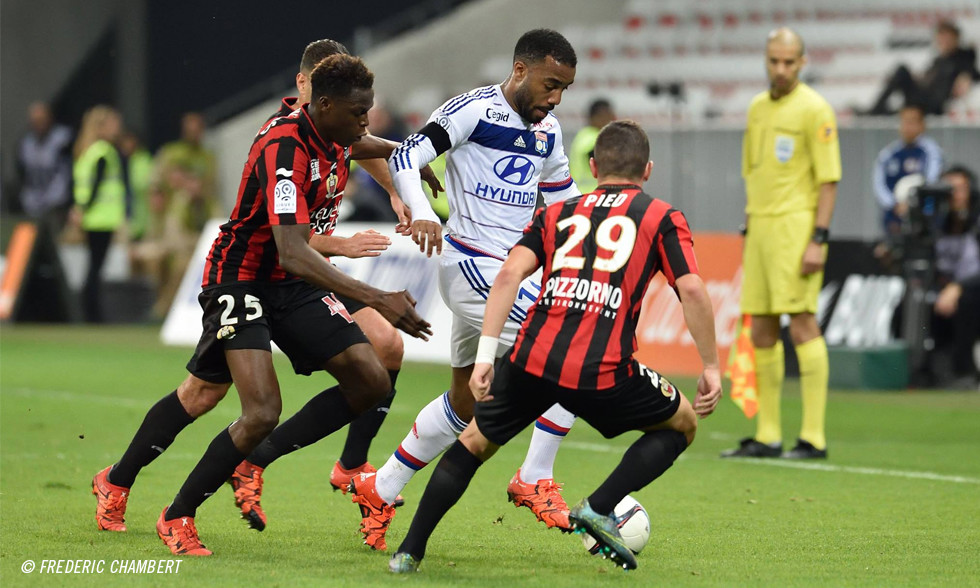 OL failed to answer the challenge laid down by an ambitious and entertaining Nice side... It was a disappointing performance from Les Lyonnais, across the board...

La Marseillaise, followed by a minute's silence… and then the match. Nice offered Lyon an early gift, courtesy of Le Marchand, but Beauvue was unable to accept! Ben Arfa turned on the style as Germain volleyed just wide. OL were in control of the opening exchanges. Lacazette was played in by Beauvue and saw hi slow effort come back out off the post! It was an entertaining match, racing from end to end. Germain provided the finishing touch to a superb team move and an excellent assist from Seri to open the scoring. A quality goal! OL looked like getting back into the game… OL needed a little more precision in the final pass given that Nice were sitting deeper and deeper to hit on the counter, and didn't look confident at the back... But it was Seri who had the chance to make it 2-0... Led by the irrepressible Seri and Pied, Nice finished the half the better. It was a lively first half in which OL failed to take their early chances and were caught out at the other end...

The Nice fans sang La Marseillaise again… And OGCN scored when Pied's corner was turned into his own net by Yanga-Mbiwa! Les Aiglons looked right in control and were confidently taking risks as their passing game got going. The home side was playing very good football. Del Castillo and Cornet came on for Darder and Beauvue. OL switched to 4-3-3. Del Castillo looked good on his Ligue 1 debut… Koziello drove home the final nail after another stylish team move, with former OL man Pied again providing the assist. Ben Arfa had a chance... as did Del Castillo. OGCN ran out comfortable, and deserved, winners. They really are an attractive side, led by the tireless Pied up and down the right flank...

OL were treated to a lesson in teamwork. It was a disappointing end to a run of five games without defeat and takes some of the shine off a good start to the season. OL lacked discipline and commitment in defence and didn't take the chances that came their way at the other end. Nice were far too strong in their desire to win the ball. OL will have to improve ahead of Tuesday's Champions League game against Gent!