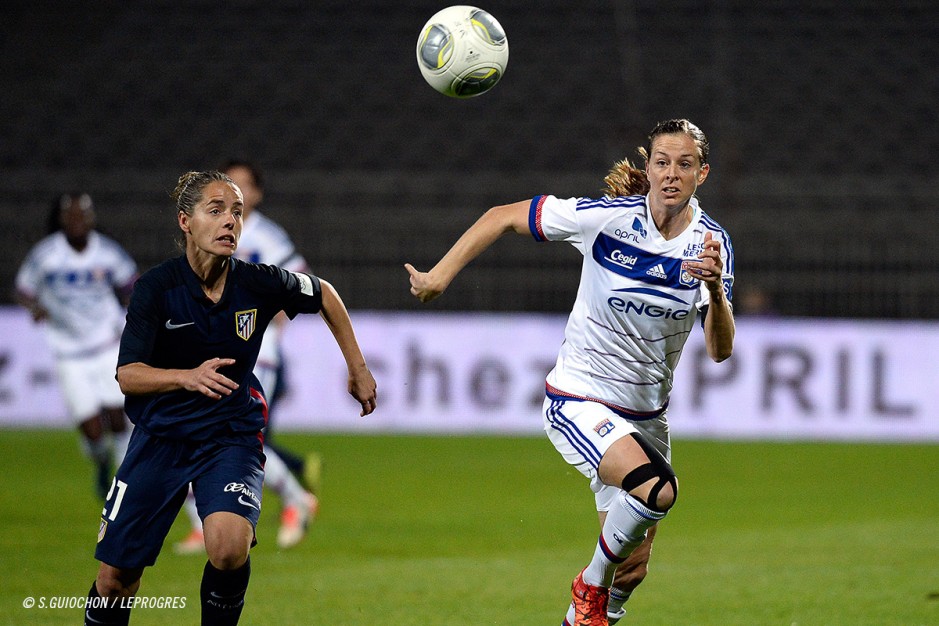 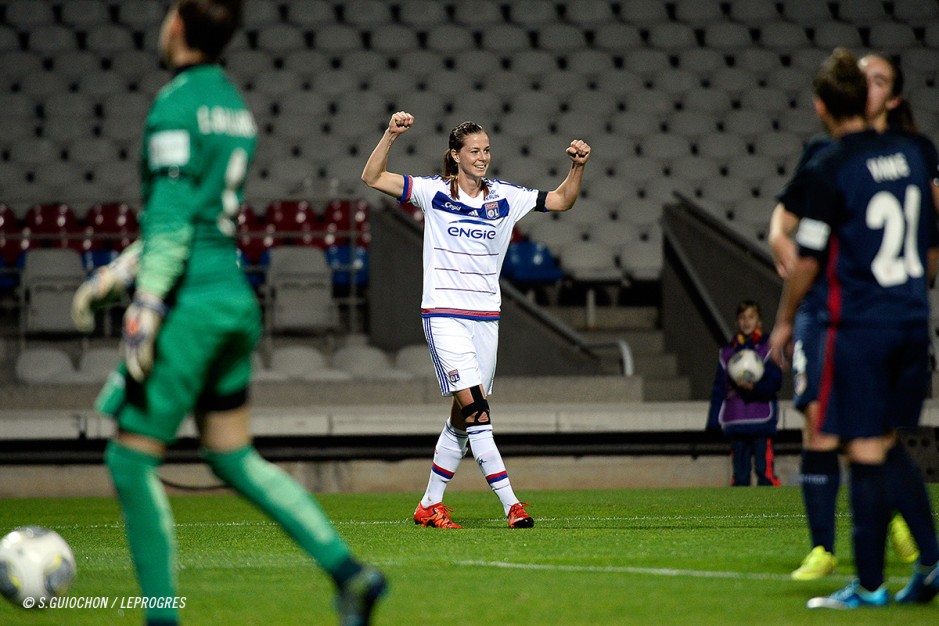 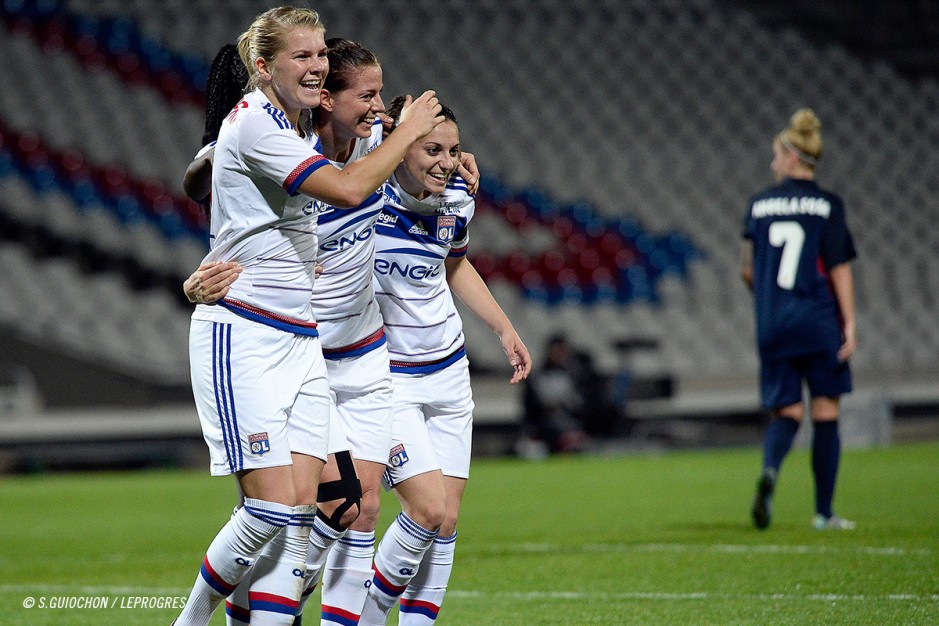 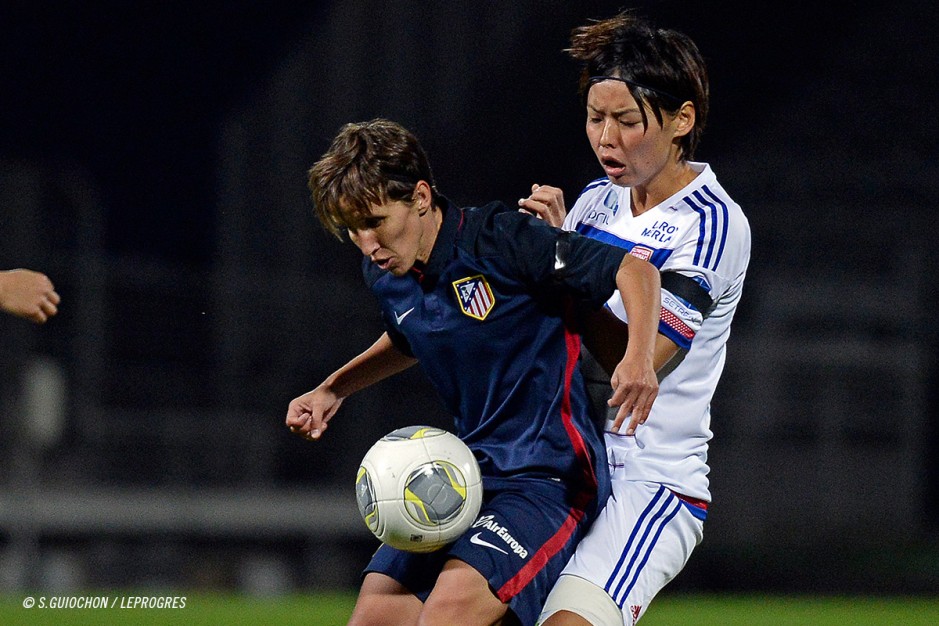 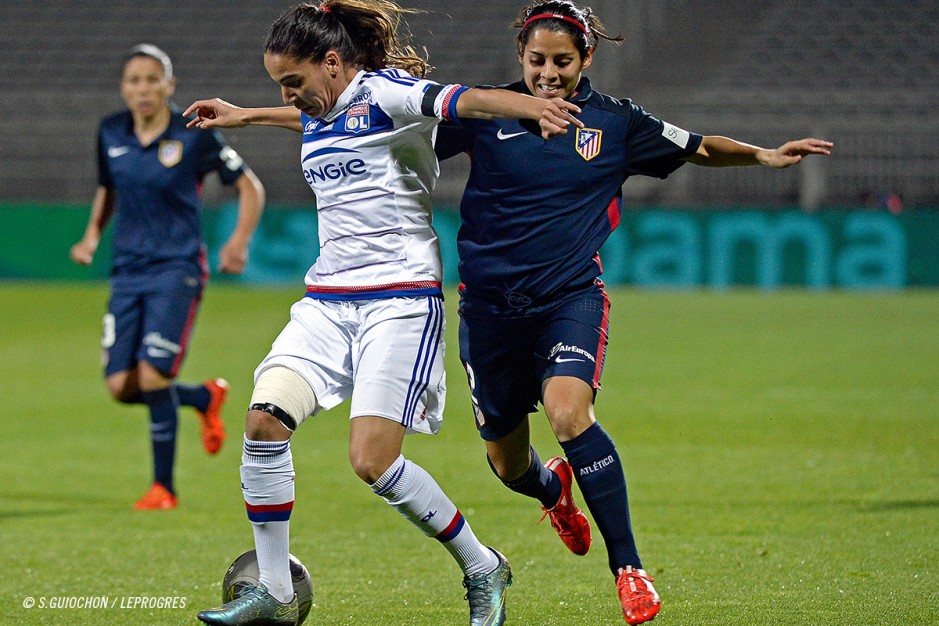 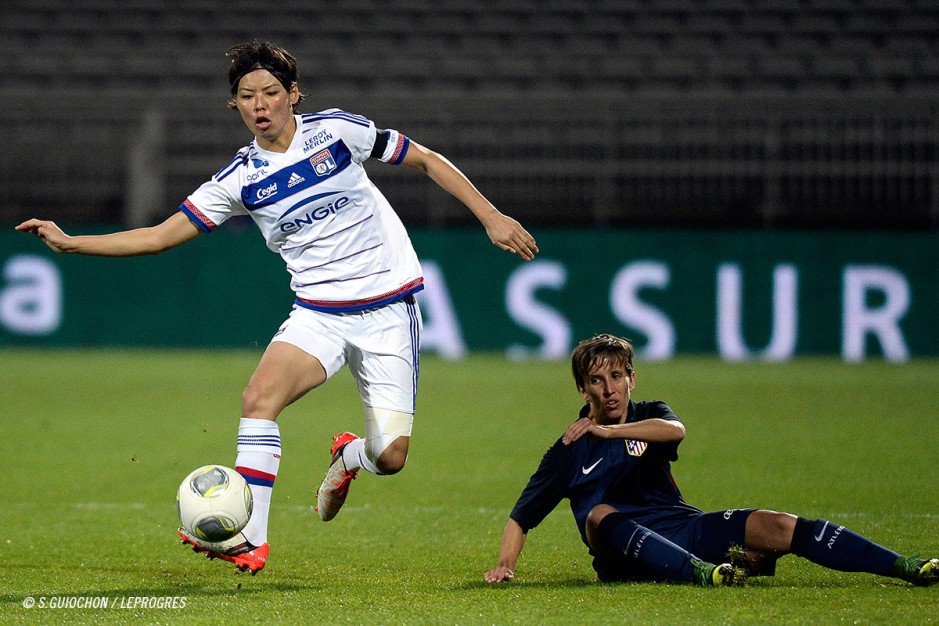 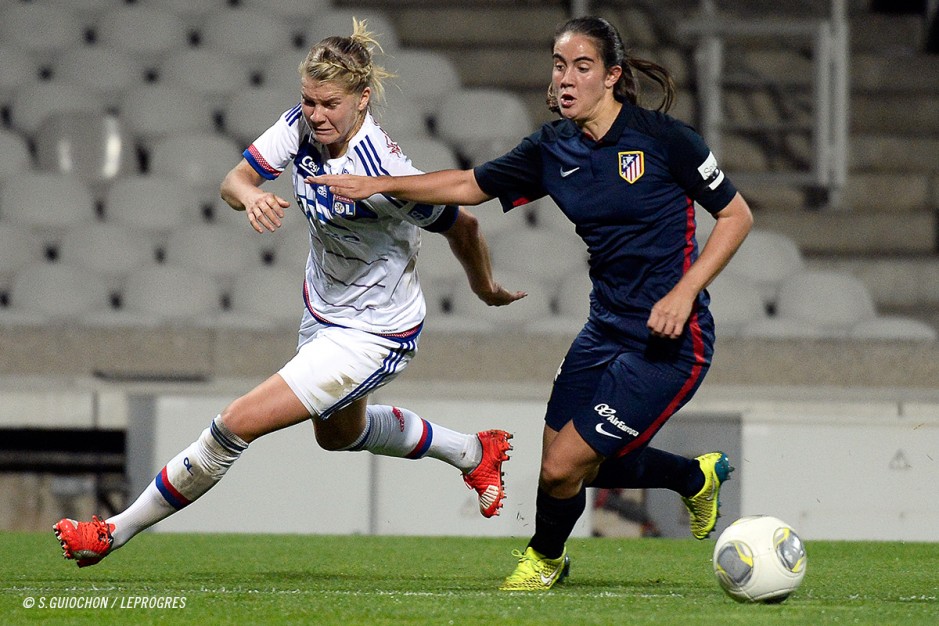 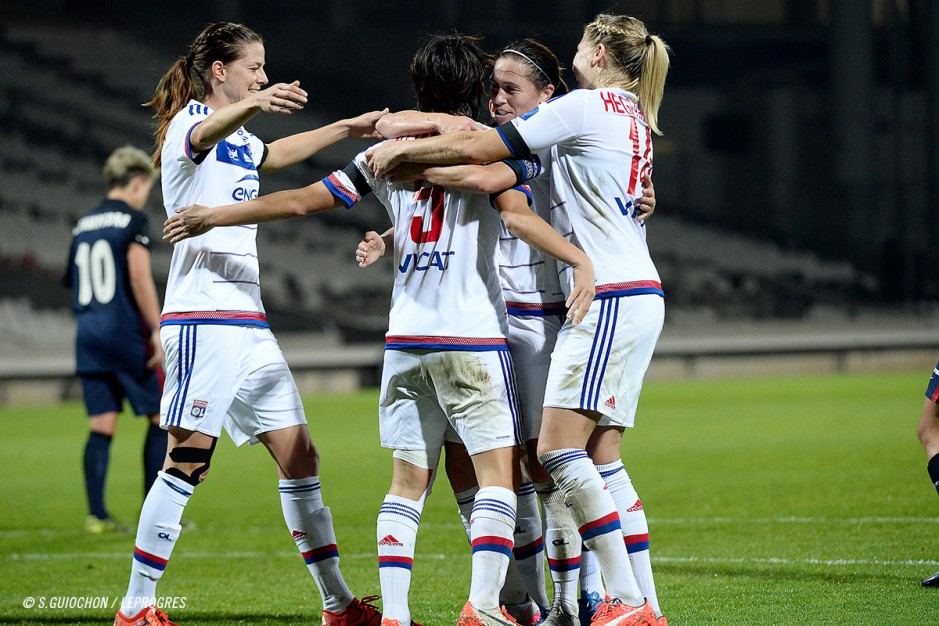 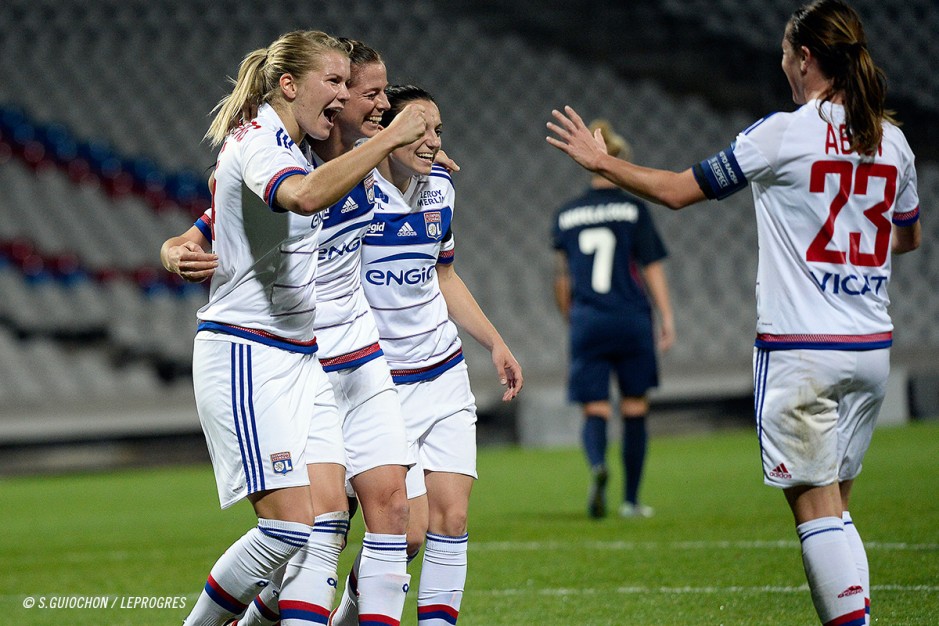 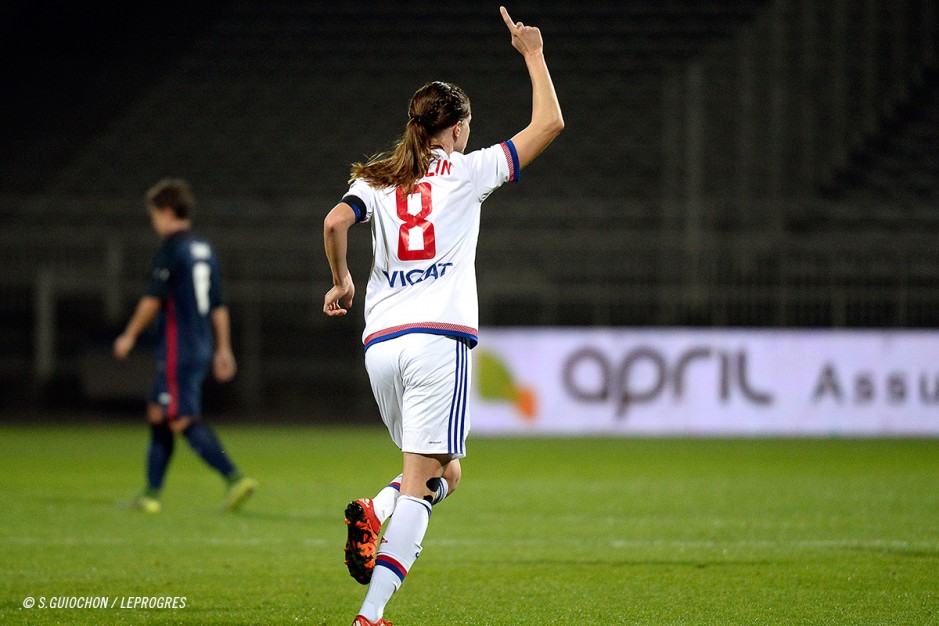 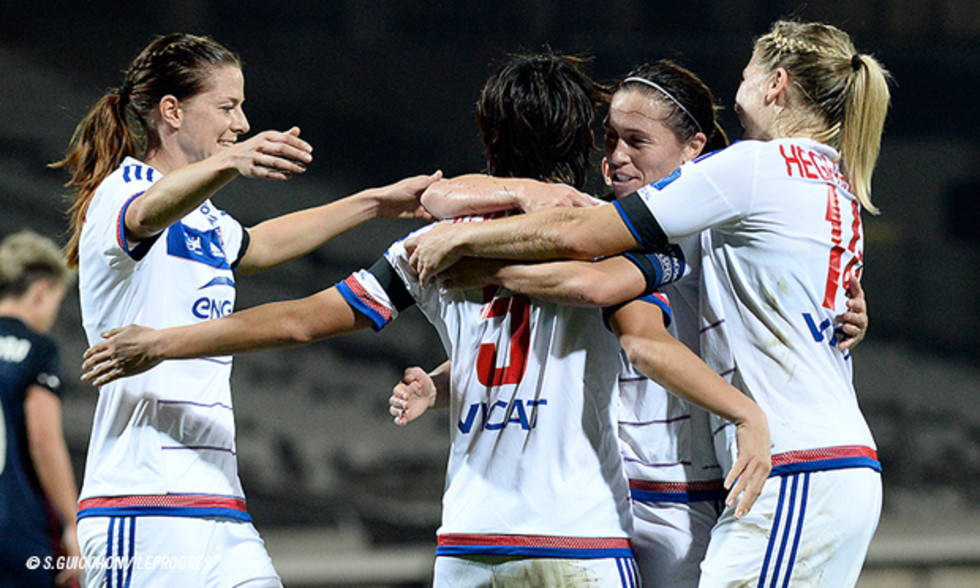 From kick-off to the final whistle, Olympique Lyonnais totally dominated their UEFA Women's Champions League last-16 2nd leg clash against Atlético Madrid, running out 6-0 winners on the night and 9-1 on aggregate to qualify for the quarter-finals of the competition!

In a startling show of force, OL never gave their opponents a chance. Dominating from start to finish in every department, Les Olympiennes underlined their status as one of the favourites for the title.

Thomis comes on for Le Sommer.

OL have turned on the style in the first half, showing all their collective and individual talent and not offering Atlético even a look in...

- 22': Le Sommer picks out Abily who finds Schelin on the right flank. Her cross is headed home by Hederberg. Superb goal! 22nd goal of the season for the Norwegian striker!

- 7': Les Lyonnaises are dominating the opening exchanges and fired the first shot of the match via Abily, and the first on target courtesy of Majri.

The match began with a minutes silence in memory of the victims of last Friday's terrorist attacks in Paris; an emotional moment followed by the La Marseillaise.

After their 3-1 in Madrid, Les Lyonnaises already have one foot in the quarter-finals... Now they must finish the job. Bouhaddi, Renard and Bremer are all missing. Kaci starts the game at full-back in a 4-3-3 formation. Atlético have made five changes from the first leg with Sampedro returning.