OL get the job done 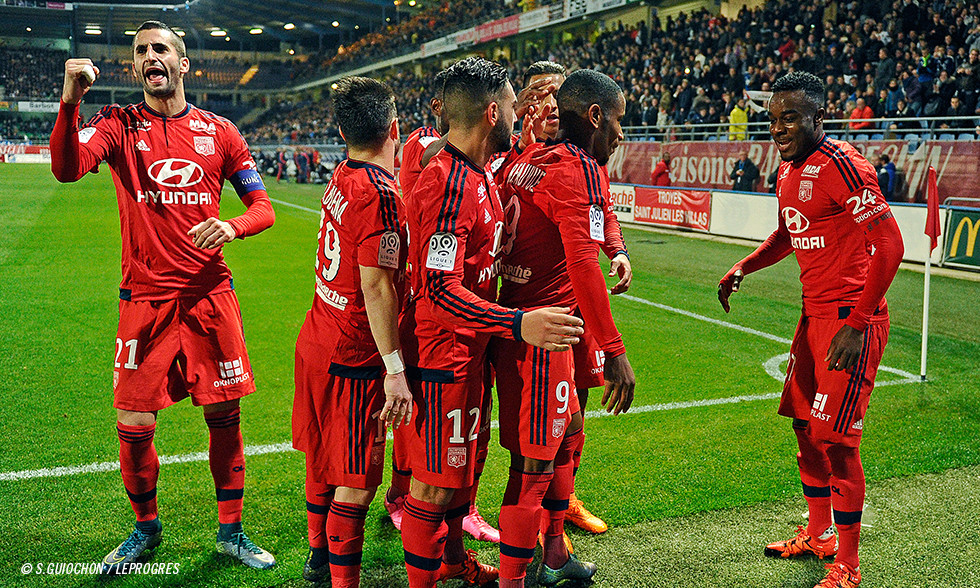 Playing with an extra man for nearly an hour, OL claimed the victory courtesy of a late Claudio Beauvue penalty... OL got the job done…

OL enjoyed three early corners, without creating any real danger. Valbuena had the first chance of the match after a quick turnover. OL worked hard on moving the ball around and dominating possession. Valbuena had another chance from Lacazette's nod down. Nivet organised the home side's counterattacks. OL took the game to their rivals who dug in and defended stoutly. Tolisso forced the Troyes 'keeper into the save before Darbion misses a good chance on the counter against Lopes.  OL were a man to the good after Jean was sent off for a tackle on Darder - a harsh decision… The bottom club in the division survived to half-time with OL failing to really take advantage of their extra man.

Tolisso, Valbuena, Beauvue… all created chances, as did Darbion, tackled in extremis by Morel and then drawing a save from Lopes. Lacazette missed from close range! ESTAC were really suffering now… But Lopes was called upon to deny Darbion. Lopes saved from Karaboué. Bedimo replaced Morel on the hour mark. Lacazette missed another chance. Cornet came on for Darder and OL switched to a 4-2-3-1. Tolisso's missile was saved by the Troyes custodian. OL laid siege to the Troyes goal… Bedimo forced Bernardoni into another save while Jallet went close with a header from a corner.  Lacazette earned a penalty that Beauvue put away. Mavinga had a chance with a header and Lopes preserved the victory with a brilliant save from a deflected corner in a difficult end to the match!

OL made it two wins from two. Yet OL struggled to make their extra man show for nearly an hour against a courageous, but limited Troyes side. OL pocket three precious points in the league and can now turn attentions to the Champions League on Wednesday night.