OL finally turn on the style 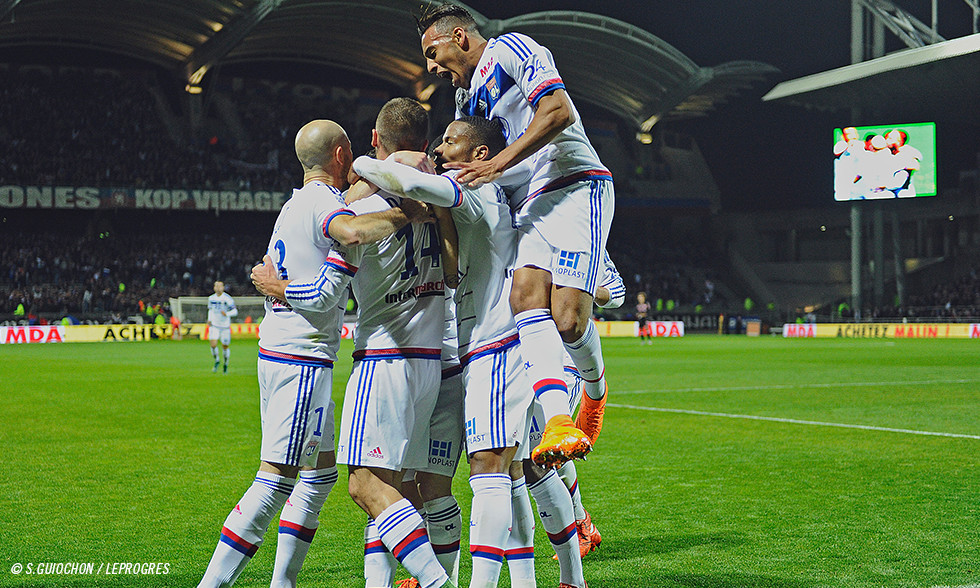 OL bounced back with a spectacular and entertaining team performance to record a 3-0 home win over a struggling Toulouse side... it bodes well...

Valbuena had the first chance of the match from Jallet's cleared cross. Then Beauvue called Ahamada into action. Morel then set up Beauvue who headed over. TFC were suffering and unable to hold onto possession. Darder opened the scoring after a stunning team move and a lovely Valbuena cross.  Deserved.  OL were playing the TFC off the park. Darder hit the post from Lacazette cross. Toulouse couldn't clear their lines. It was easy on the eye for Lyon fans as the home side toyed with their opponents and led 1-0 at half-time.

Darder had another chance early in the second half after winning back possession. TFC came back into the game, playing higher up the pitch. Anthony Lopes produced a miraculous save to deny Somalia. OL were suddenly on the back foot and Umtiti cleared off the line to deny Braithwaite an equaliser. TFC were playing more direct and suddenly it was OL that were struggling. But Valbuena steadied the ship from Beauvue's cut-back! 2-0! And the irrepressible Valbuena then set up Darder who fired just wide… OL were back into control and finished over the top of their rivals. Regattin had one last chance for TFC with a free-kick that flashed just wide of Lopes' post. Before Cornet netted a third. A deserved win that could even have been bigger against a Toulouse side that only looked up for the fight for 15 minutes early in the second half.

What a boost three points make. The concerns of the week have been put to one side as OL climb back up the standings. OL were more consistent over the 90 minutes. Valbuena provided the difference with a goal and an assist; Darder showed his qualities; Jallet and Umtiti were everywhere in defence... But don't forget, that at 1-0, Lopes, and then Umtiti saved OL...