OL make do with a point 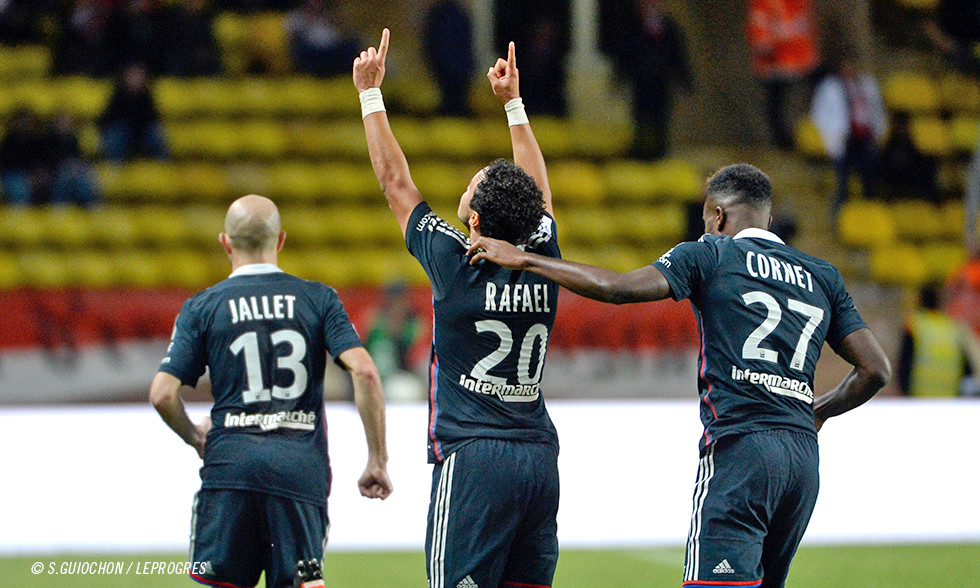 At 11 against ten for the last 30 minutes, OL managed to equalise in the dying stages… but it wasn't a convincing performance given their poor first half…

The first shot of the match was for Monaco in an action-packed start. Both sides looked to attack early. Traoré missed a golden opportunity. Lemar forced a fine save from Lopes… OL used their right flank to find solutions. Lyon edged possession but Monaco were still in it, growing stronger as the minutes ticked by and then taking a deserved lead as Pasalic's header from a Lemar corner got the better of Lopes! OL's play dipped a they lost their rhythm and began to concede possession… but a Valbuena free-kick tested Subasic. Monaco led at the break and it was not undeserved.

OL made changes at half-time, with Ferri and Ghezzal coming on for Darder and Beauvue. OL also changed from a 4-4-2 into a 4-3-3 formation. Monaco sat back and waited… Lacazette latched onto a Ghezzal cross but Subasic pounced. OL's rhythm picked up but Lemar caused a nervy moment with his free-kick, even though Lopes punched it clear before preventing Pasalic from claiming another headed goal. OL were searching for solutions… Wallace saw red for his challenge on Ghezzal, dealing OL the hand they needed to get back into the match. Monaco played cleverly. OL looked to play through the middle too often. Cornet replaced Yanga-Mbiwa. Hubert Fournier played all his cards. Ferri forced a parry from Subasic, and from the resulting corner, Rafael rifled home a loose ball. Ghezzal had a chance to score… OL smothered their opponents with rhythm and consistent possession. But the score remained locked at 1-1… frustrating.

SUMMARY
OL came from a fair way behind in this match. They got a point from this difficult, encounter against a side who could be a direct rival among the top places come the end of the season. Hats off to OL for their reaction in the second half after some astute substitutions. They should have been able to make the difference against a side reduced to ten men… OL are still struggling for consistency in their play.