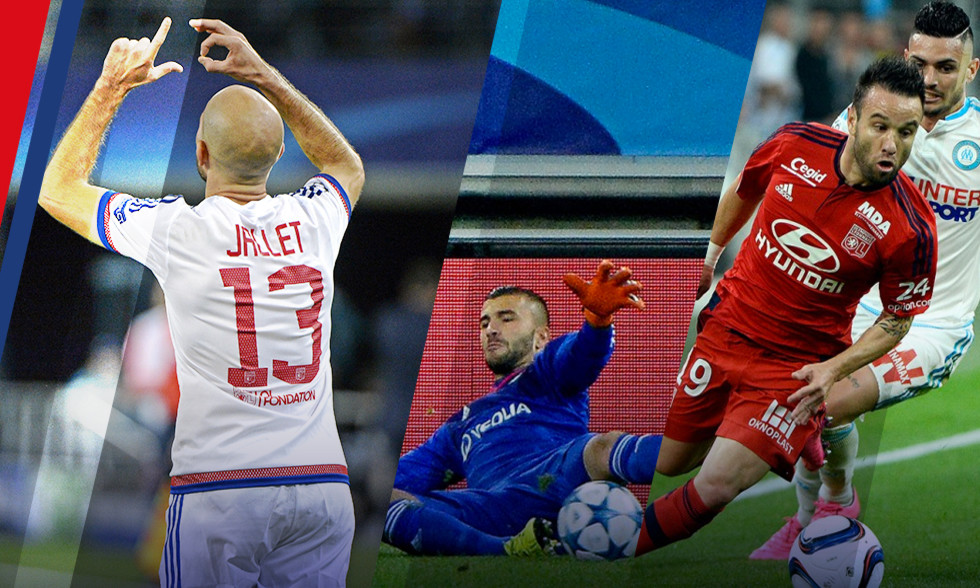 The France international right-back was voted Olympian of the Month for September, by fans on OLweb.fr. He finished ahead of Anthony Lopes and Mathieu Valbuena.

57%. It's not every day that a defender runs away with the voting to this extent. But it can happen when you have a Christophe Jallet playing this well. His experience and his positional sense held the OL backline together. And he still got forward to support the attack down his right flank. Despite a difficult preseason, due to a groin strain, Jallet has missed a match since coming on against Caen in late August: 7 matches, in all competitions, six starts. He almost made a winning entry off the bench against Gent. Jallet, who counts 31 European matches, opened the scoring and restored order out on the pitch. He has received another deserved call up from France coach Didier Deschamps.

Christophe Jallet enjoys, on average, more touches of the football than any other Lyon player. He has touched 438 balls in 6 appearances, or 73 per match. He is ahead of Ferri, Umtiti, Tolisso and Valbuena in this department.

16%. Whether it's top spot, second or third, it's no surprise to see OL's goalkeeper in top three. Unbeaten against LOSC, Bastia and Reims, he also produced a number of excellent saves against Marseille in Ligue 1 and against Valencia and Gent in the Champions League. Forced to pull out of the Portugal squad with injury, he will have to wait a bit longer to earn his second cap.

9%. Mathieu Valbuena had a very busy month of September. He may not have scored in September, but he provided an assist against Gent and is looking more and more influential in open play.