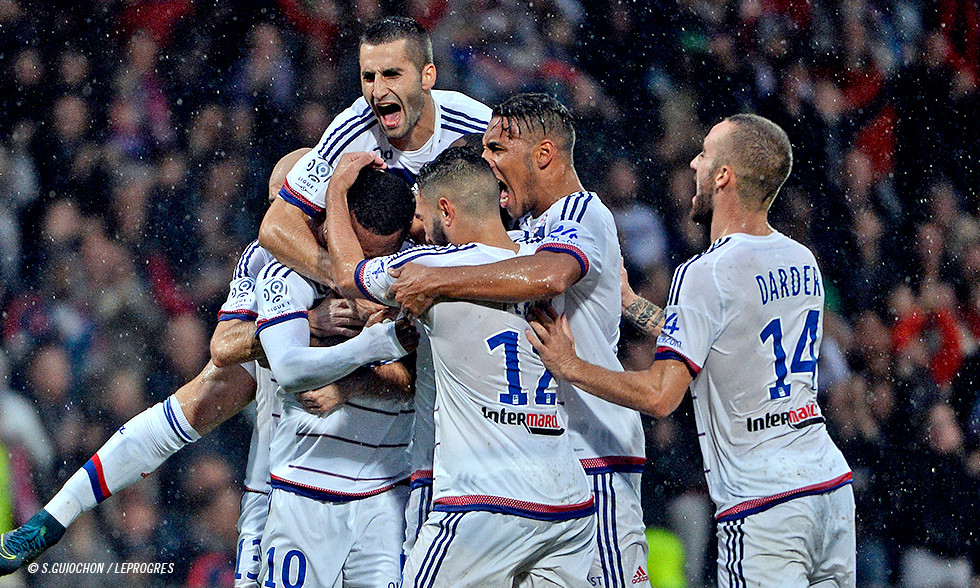 An excellent first-half display, capped off with a goal to Lacazette and a solid defensive display in the second were enough for Olympique Lyonnais to record a excellent victory and head off to the international break on a high...

OL were immediately into their stride and went close to opening the scoring when Lacazette was denied in extremis by Signorino in the third minute. Unfortunately, Bisevac was injured early and replaced by Ferri in the sixth minute as Gonalons dropped into central defence. OL pushed forward and Darder saw tow efforts blocked. Jallet was offering solutions down the right flank and his cross was met by Lacazette whose effort was saved by Placide. Heavy rain was falling throughout as Valbuena curled a shot to high... Beauvue got the first shot of the match on target before Lacazette again called Placide into action. Reims were struggling… Finally Lacazette earned a penalty, only to send his spot kick crashing against the crossbar!!! But just before half-time he got his revenge with a deflected shot to open the scoring. OL deservedly led at the break...

Beauvue had a chance early in the second half. Reims came back into the game, blocking off the Lyon full-backs and looking more and more dangerous on the counter. But it was OL that went closest to scoring when Beauvue slapped a header off the crossbar... But Reims wrestled control of the match and Traoré, Bulot and De Préville all had chances… Malbranque replaced Darder. Lacazette scored a second that was wrongly ruled out for offside... before Placide produced another good stop to deny Lacazette. Olivier Guégan threw on attacking options but OL looked solid, until Lopes produced a great save to deny Oniangue a late, late equaliser.

Lyon looked every the bit the part as they led at half-time. Reims woke up after the break and caused some danger to the Lyon goal. But it was a Lyon side that returned to the winners' circle that rewarded an excellent team effort... The international break will offer some much-needed rest... OL have 15 points after nine matches in Ligue 1.