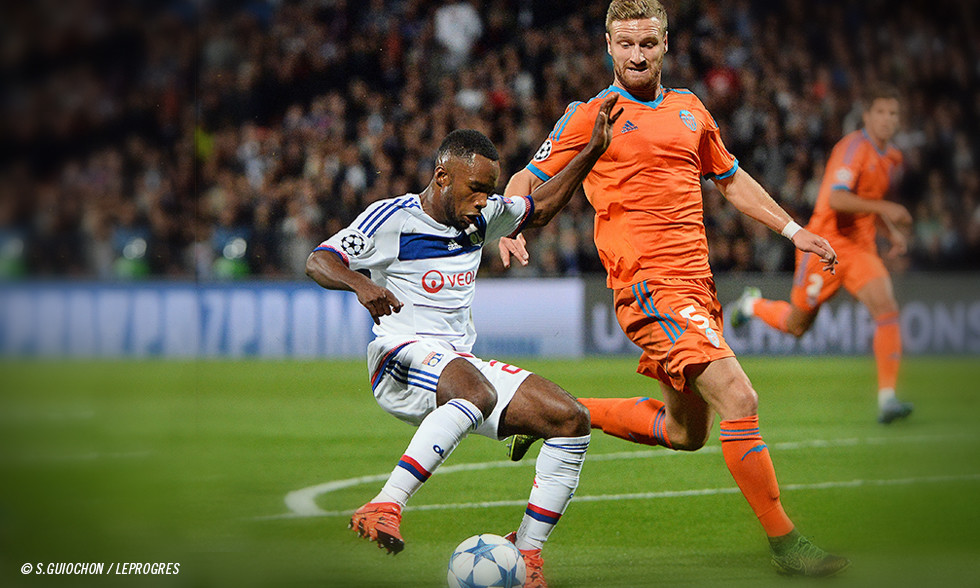 OL dominated the entire second half, but unfortunately it was in vain… and a shame for the points tally…

From the off, OL injected plenty of rhythm and took possession of the ball. But Abdennour came close to opening the scoring with a header from a corner. After ten minutes, the Spanish side broke OL's shackles and showed their collective and individual quality as they maintained possession. Lopes produced a miraculous save from Piatti! Valencia took the upper hand. OL suffered up until the point where Valbuena saw his free-kick tipped onto the post by Domenech. Panic swept through the Spanish camp. The match began to balance out and Valencia were forced to repeatedly switch flanks. Then Abdennour popped uo with another header, this time hitting the post… OL weren't quite up to placing Domenech's goal in any danger, their next free-kick going well wide. Then Feghouli fired a missile into the back of the net after a quickly played free-kick and a great pass from Piatti. Ferri replaced Darder, who injured his knee. Valencia were in front at the break but were lucky to be so after Lacazette hit the bar before Morel and Ferri were both denied on the follow-up despite the apparent emptiness of the net. OL showed that they had the resources to hit back in this exciting match despite having struggled to play their natural game.

OL put the pedal to the metal and monopolised possession as the second term kicked off, with Lacazette getting an early effort on target. Valencia, on the back foot, were content to defend and then hit on the counter. OL had no fewer than five shots in the first seven minutes of the second half! The impeccable Abdennour was forced off. OL maintained domination. Jallet fired wide from a Kalulu pass. Ferri was very active after coming on. Valencia resisted, with the excellent Feghouli taking the opportunity to hit on the counter. Beauvue replaced Lacazette… Ghezzal replaced Morel and Tolisso dropped deep. The siege of the Spaniards' penalty area continued, but without result. Ferri had a shot blocked in the area, and then Jallet received the same treatment. Fifteen shots to zero for O in the second half, with the last two - for Tolisso and Umtiti - drawing superb saves from Domenech!

OL delivered a fine performance but, thanks to a small lapse in concentration, conceded a goal that they couldn't make up for despite a dominant second-half performance and several scoring chances foiled by a red-hot Domenech. OL showed no lack of desire against a Spanish side slick in attack and solid in defence. With Zenit winning in Group H's other match, OL now find themselves in something of a pickle while Valencia did a good job of making up for their Matchday 1 defeat to Zenit.