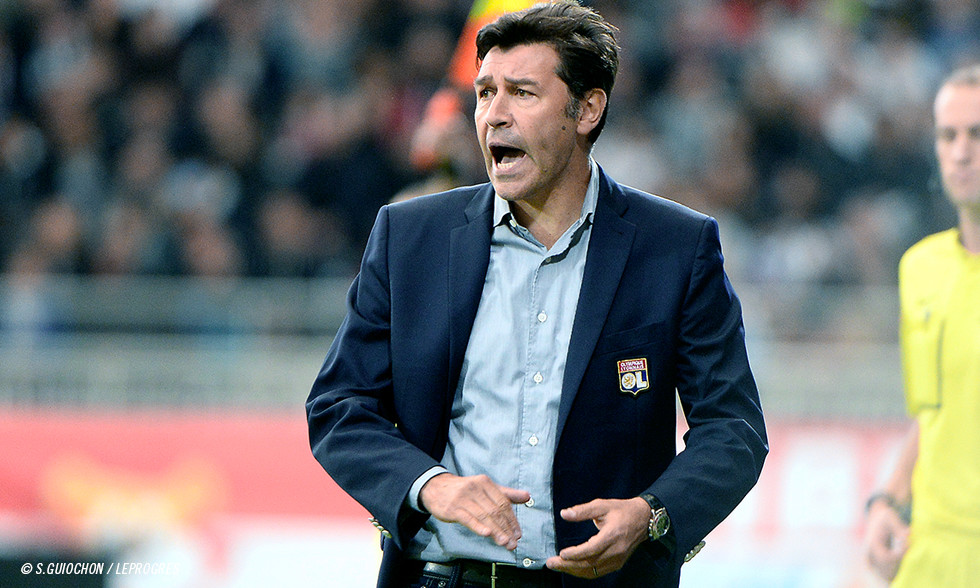 We started extremely well, but the 1-0 syndrome got hold of us again. We were very tense, and you could feel it in the stands as well. It was more psychological than physical. Given the period we've been going through, we'll focus on the positives, like Aldo Kalulu's goal and the fact tat we boast the division's second-best defence. We know we can do better in terms of our attacking play. This match confirms the form that we showed despite drawing in Marseille. Now we need to prepare well for Bordeaux, who will be looking to hit back after getting walloped 6-1.

"In terms of points, we're satisfied. But in terms of how we played, there are some things to go over. The first 20 minutes were promising. After that, we stopped playing. Perhaps there was some kind of mental block after their red card. We need to be able to take advantage of being a man up and kill matches off. I loved our beginning to the match though. We varied our game and played enthusiastically, with our wide defenders and our midfielders doing well. After that, things fell apart a bit. We'll have to do a lot better if we want to be among the top teams. We need to be rigorous with ourselves despite the fact that there were plenty of positives tonight. This match could be a turning point the way our clash with Monaco was last season. Aldo is a young player who is getting off to a great start. He showed a lot of promise. He works a lot in training and he was rewarded. He just needs to keep up the good work. The matches are coming thick and fast and it's complicated because we'd like to rotate the squad but it's tough with our injury list. Sergi Darder is an intelligent player. He has great technique. He needs to be in slightly better shape physically to be able to express himself fully but he's already looking very good. When we're faced with a five-man defence, it's up to us to find a solution. Tonight I think we did very well."