Masculins / For the record 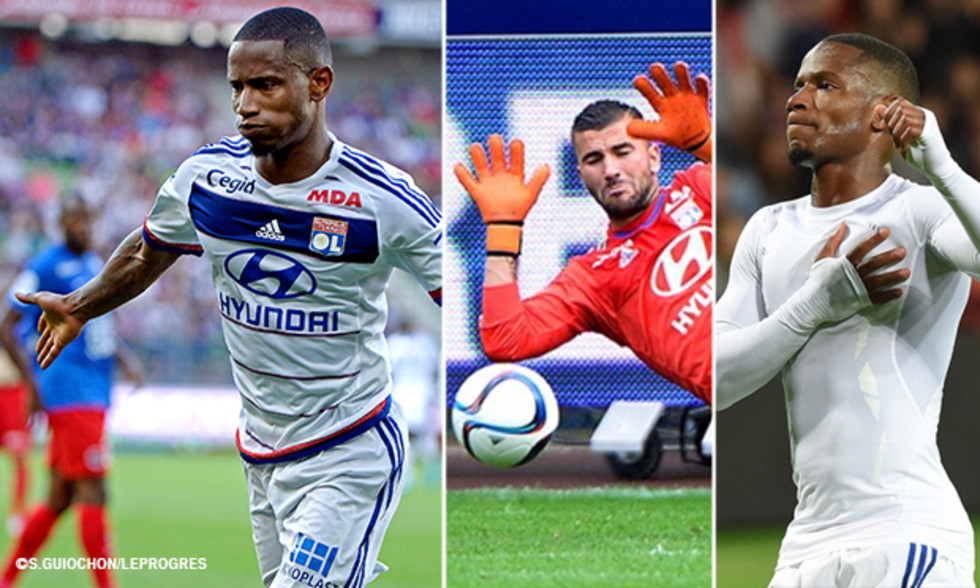 The first monthly assessment of season 2015-16, after OL's five matches played in August…

How could we not pick Claudio Beauvue's wonder-strike in the 87th minute of the match in Caen? A pass into space was inadvertently deflected by Fekir, but fell for Baeuvue near the right-hand corner of the Normandy side's penalty area. Before the ball had even fallen, Beauvue volleyed and gloriously found the top left-hand corner of Rémy Vercoutre's net. A sumptuous goal capped with a forward flip as a celebration. That said, how could we not also mention Fekir's first two goals in the very same match, strikes in which the youngster showcased his capacity for close ball control and swift precision striking. Fantastic.

The three saves that Anthony made between the 20th and 26th minutes were very important. They allowed his side to maintain a one-goal advantage just as the Normandy side were at their most dangerous. First he saved Da Silva's header, then won out one-on-one against Delaplace and finally pulled off a miraculous save to prevent teammates Samuel Umtiti's inadvertently goal-bound header from crossing the line. In Guingamp, Lopes had also pulled out all the stops, making two decisive saves early on before preserving all three points for OL with another brilliant stop in the 92nd minute. And let's not forget the three huge saves he made in the Trophée des Champions, including one against Ibrahimovic in the 45th minute.

The welcome received by Claudio Beauvue as he returned to former club Guingamp with new club OL. The Guinamp supporters hadn't forgotten what the striker had achieved while at the Brittany club. And there was no question of his celebrating his goal. Another image is the presence of five of OL's summer signings in the tarting line-up in Caen. For the first time, Rafaël, Yanga Mbiwa, Morel, Valbuena and Beauvue started together. And for the first time this season, there were only six OL youth academy graduates in the starting line-up.