OL bounce back in style! 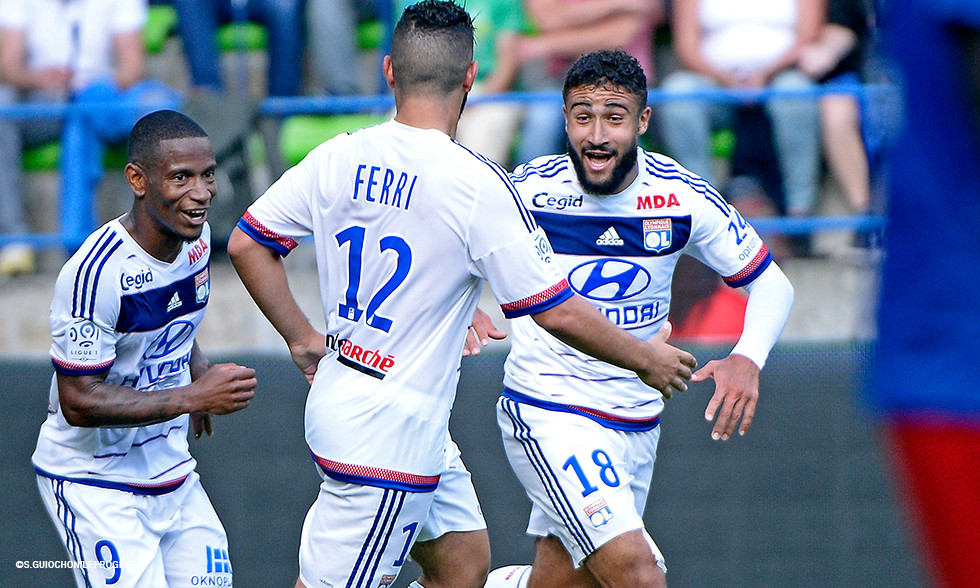 Stade Malherbe had started the season well, with two wins and a loss, whereas OL had already let 5 points slip at Gerland. Fortunately there was also a win in Guingamp, but still Hubert Fournier's men needed to make up the points they had dropped in order to get back on track before the first international break of the season and the beginning of a very busy period. Over and above the result, a more confident and dominant performance was expected from OL.

The Normandy club doesn't want a repeat of last season's relegation scare. They have largely overhauled their squad, with Kanté, Privat and Benezet leaving… while Delort, Delaplace, Bessat and Ben Youssef came in… 6 points fro ma possible 9, notably with a win in Marseille.

With Imorou and Yahia injured, Patrice Garande handed Ben Youssef a start in his customary 4-1-4-1 formation, which also included Louis. For Lyon, Fofana, Grenier, Lacazette and Bedimo were absent. A 4-4-2 formation remained the order of the day. Beauvue replaced Lacazette, Morel stepped in for Bedimo. And Rafaël is still on the right side of the defence despite Christophe Jallet's return to the squad. All five of OL's summer signings started the match.

An error from Caen handed the first opportunity to the attacking pair of Fekir and Beauvue right at the beginning of the match. OL started sharply and looked to get forward. OL kept the ball and looked to move their opponents around by alternating long and short play. Lyon won the ball in their own half and Fekir did the rest to open the scoring. Shortly thereafter Da Silva forced a fine save from Lopes and Umtiti then cleared Bessat's effort off the line. Then Delaplace saw his effort stoped by the remarkable Lopes, who then parried Samuel Umtiti's inadvertently goal-bound header clear! OL began to suffer somewhat… but didn't hesitate to pile forward towards Vercoutre's goal whenever possible. From a free-kick, Delort fired a missile onto Lopes' cross-bar. Stade Malherbe definitely deserved better after the first 45 minutes… but Fekir didn't stop, mesmerising his defender and scoring a second after a long pass from Tolisso. OL were super-sharp in scoring from their two on-target shots and their spirits were clearly high.

Caen menaced with their first corner of the second term, but Ferri cleared it to safety. Caen would not give up. Fekir added a third after some excellent work from Beauvue and then Valbuena. OL killed off the match on the hour-mark as the understanding between Fekir and Valbuena continued to develop, making the most of Beauvue's hard work and OL's excellence around the pitch. Unfortunately Tolisso was forced off by injury. Da Silva was sent off. And OL ran away with the game, coasting to a win as Beauvue added a beautiful fourth goal. Remarkable.

The phenomenal Fekir and the talented Lopes… OL won out largely thanks to their taking their chances and keeping cool heads. With this second successive away win, OL have 7 points from four matches. They showed many positive signs in their collective play - which augurs well for the season to come.